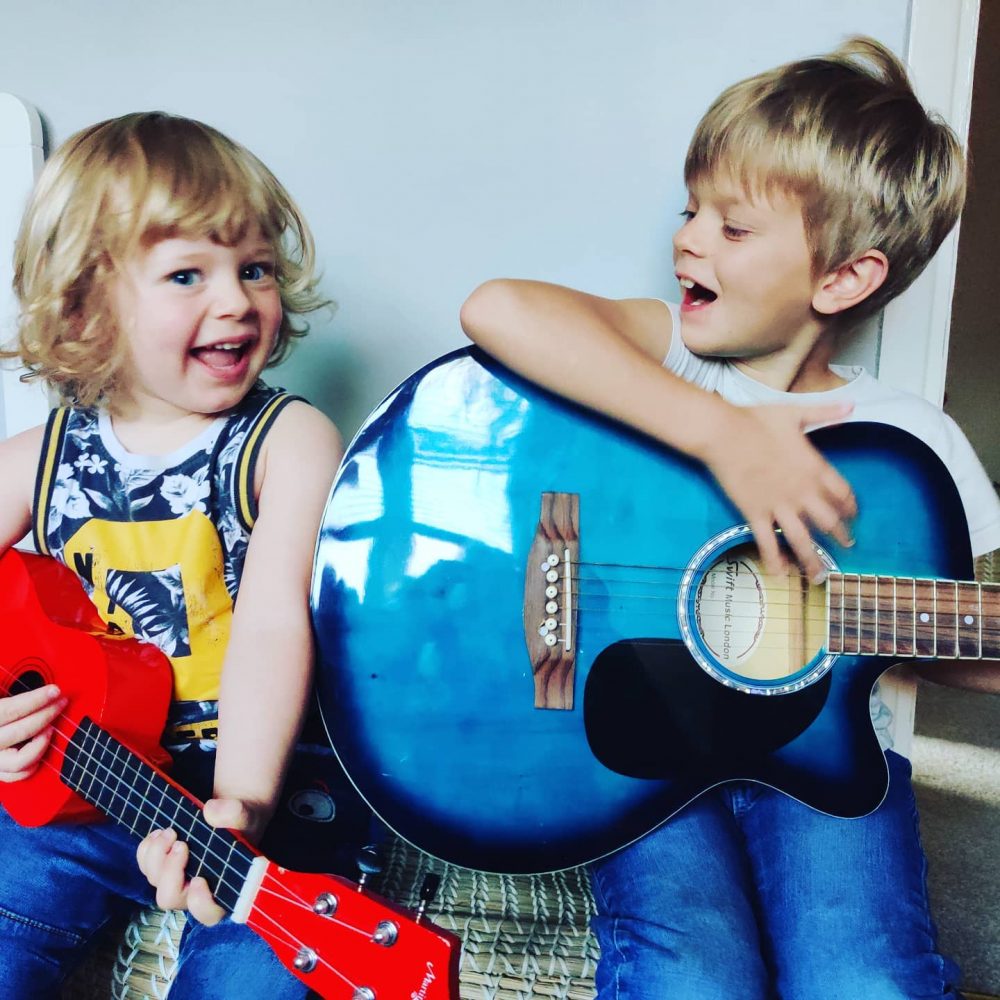 I am Caroline. For the last twenty years, I have worked as a fundraiser, within a number of brilliant community-based welfare charities. My work has seen me lead teams and raise significant amounts from grants, trusts, corporates and the community for causes which directly benefit those in need.

I was lucky enough to be named one of the top 25 under 35 (that was a few years ago!). I was also awarded a Fundraiser of the Year Award, so I guess I know a thing or two about it.

For twenty years I was always the ‘professional’ fundraiser. Raising the money with passion, but safe in the knowledge that I was lucky enough not be directly affected by the cause I was representing.

Then, along came Harry

At 36 weeks pregnant, they scanned me to see where the baby was lying. During the scan, we were told that the baby was missing a section of his brain. Our world stopped turning.

Within days of the scan, we learned that Harry had a very large arachnoid cyst. Long story short, the cyst would later cause a condition called hydrocephalus.

Despite not being able to spell it, we learnt that hydrocephalus is relatively common, affecting 1 in every 1000 children in the UK. It is currently the most common reason for brain surgery in children.

We quickly learnt that hydrocephalus is a complicated and life-threatening condition:

By his first birthday, Harry had:

As we journeyed through the complex and frankly terrifying array of medical procedures, assessments and prognoses, we found ourselves feeling increasingly isolated.  We discovered that research into shunt technology (the device which keeps Harry and thousands of children like him alive) hadn’t really progressed since Roald Dahl was involved in its development in the 1960s.

Furthermore, we were told there was a 50% chance that this life-saving device could fail within two-years of insertion. How true this turned out to be for us! 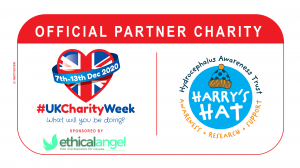 There is no cure for hydrocephalus, only risky treatment. We found out that the nurses who treated Harry often had to fund their own training and, as the days passed and we tried to support Harry, we felt increasingly isolated. Given my background and relative success in fundraising, we roped in everyone we knew and founded Harry’s Hydrocephalus Awareness Trust – Harry’s HAT. Yes, I know, acronyms are not our strong point!

In April 2019 we received registration for the charity and, since then, our lives have turned into a fundraising whirlwind – sadly quite a bit is now on hold since COVID-19. The money we raise is helping to change things for children like Harry and give dedicated front-line and NHS professionals access to funds so that they are not out of pocket for simply wanting to enhance their knowledge. The charity’s mission is to ‘make life better for children with hydrocephalus’ through awareness, research and support and it’s growing fast!

Professionally the hardest thing for me is that, try as I might, it is hard to detach. The charity directly affects me and it is our story that we share and Harry’s face that adorns the marketing materials. I have always been able to talk empathically about the causes I have represented, whilst maintaining a sense of professional detachment. Now, it’s hard not to crack when I stand up and talk about the charity.

What I also hadn’t accounted for is how personal fundraising now feels. The team have decided that I am probably not the best person to do street collections. I have been known to roll my eyeballs ‘out loud’ when people just walk by. Despite years of community fundraising and complete strangers sharing personal stories – nothing has prepared me for standing underneath our Harry’s HAT gazebo, listening to a complete stranger telling me that their son/niece/friend’s child died of complications associated with hydrocephalus, or for people who contact on social media to say how desperately scared they are about a condition which is so close to home.

However, despite the challenges, the positive changes we are making to the lives of children like Harry is what drives me on. We also have the most amazing team of dedicated Trustees; people who not only look after the charity but also ensure that my wellbeing as the figurehead is safeguarded and who know when to step in and say no. It should be noted that nobody gets paid. Everyone has a paid day job and Harry’s HAT is something which they give their time to voluntarily, myself included. I work as a Fundraising Manager for a sexual abuse charity for my paid work and try to ensure that I keep a healthy distance between my ‘two roles’.

20 Ukraine charities you can help support safely from the UK