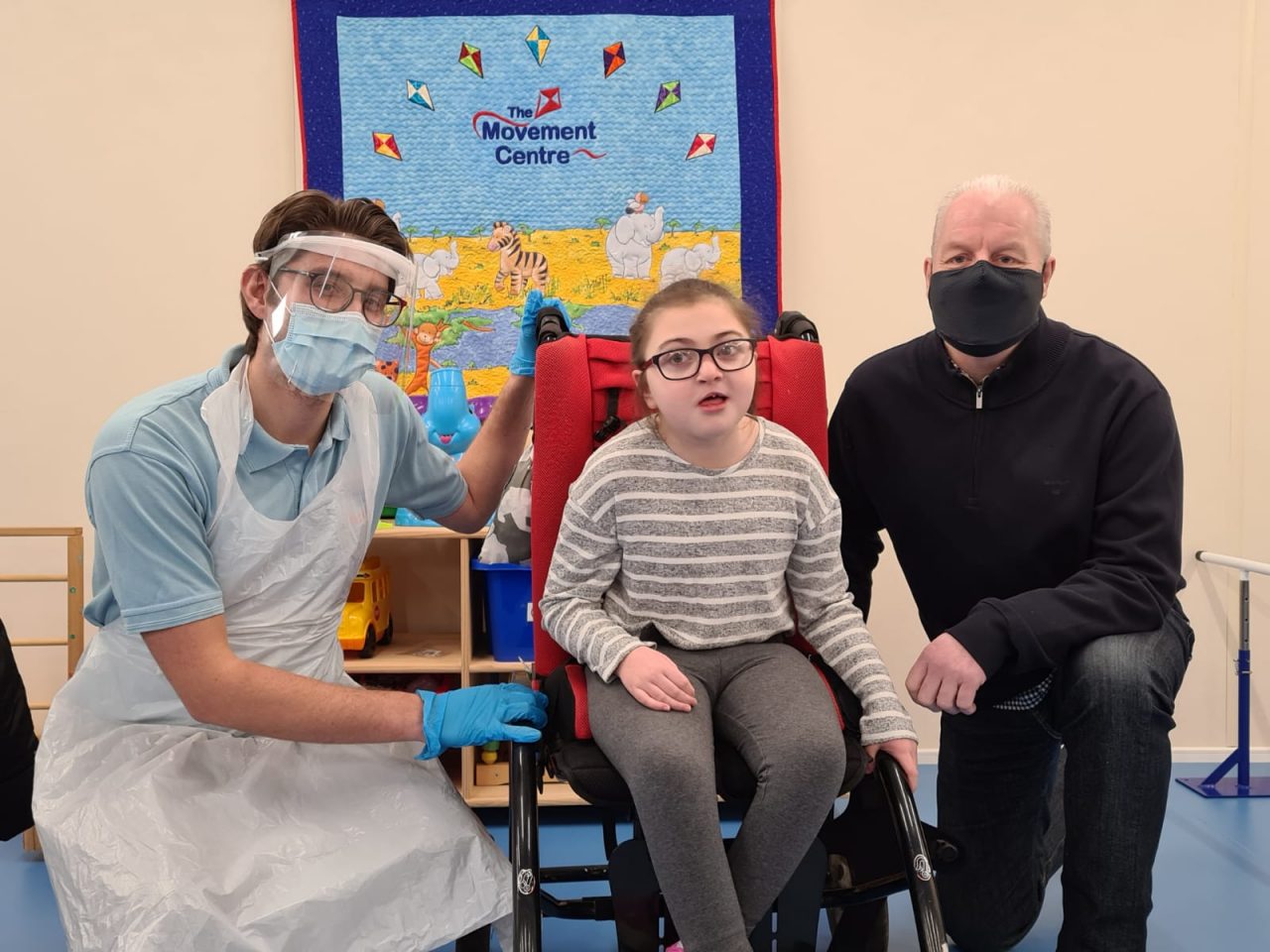 THE new CEO appointed at Shropshire’s world-renowned children’s centre has revealed his mission to raise enough money each year to enable the centre to offer free treatment.

Johnny Wilkes started at The Movement Centre in Oswestry and is now on a huge drive to raise the profile of Shropshire’s ‘hidden gem’ and attract more funding – a move which will help meet the vision of trustees to ultimately provide free treatment for patients, he said.

The 55-year-old former Shrewsbury man has returned to Shropshire to take up the role and is now targeting businesses and also fighting to re-establish NHS referrals to The Movement Centre along with associated funding, something he hopes would help to reduce the financial burden on those undergoing treatment.

The centre, based at the RJAH Orthopaedic Hospital in Gobowen, operates a unique programme aimed at giving children the chance to gain more control of their movement and reach their full potential through Targeted Training therapy – the only therapy of its kind in the world.

Mr Wilkes, who lives in Shrewsbury with his wife, has two grown-up children and views his new role as the right job at the right time after a globetrotting working life.

In his first interview since taking on the role in one of the toughest times the charity sector has endured, Mr Wilkes outlines his determination to enhance the success of the charity.

“I saw The Movement Centre job advertised on Linkedin one Friday night about an hour before the closing date, and it just seemed to tick all the boxes of what I was looking for – it just seemed to be the right job.

“My goal is to raise the profile of The Movement Centre – emphasise that Shropshire has a hidden gem here. We are providing a world-class service, and many people don’t even know about us – this service comes at a cost, and that’s a challenge.

“By reaching out to businesses, we are hoping to make them think about us and the globally-renowned treatments we are providing and consider us when it comes to supporting charities and other groups with any funding.

“At one time, our patients were referred by the NHS and with those referrals came funding, but one by one the CCGs withdrew that funding due to austerity measures and one of my challenges is to try and find out if there is any scope for them at the very least to continue to refer patients to us. The icing on the cake, of course, would be for those referrals to come with funding.

“Our treatment costs a lot of money, and without NHS support, it’s down to the parents, ourselves and charitable organisations to meet them.

“At the moment, the challenge is getting patient numbers back up and trying to re-establish a kind of funding or referral linkage with the NHS, and also to assist the parents of the children that we treat in their fundraising.

“We need to maintain stability and run the charity on a business footing. We have taken two massive hits with the withdrawal of NHS funding and the effects of COVID, which have had a massive impact on the finances of the organisation.

“The vision of the trustees is ultimately to provide free treatment. As it is, broadly speaking, we meet about a third of the costs, but parents need to find £3,950, and there are organisations we can approach on their behalf to help with funding. But independent of that, we have a bill to meet in terms of raising our own funds to make up our third.

“We are contacted by families each week who do not have the funds to put their child through our programme, and that is really difficult for us to see when we know we can make a difference to the life of that child and to the family as a whole.”

Mr Wilkes has an impressive CV, joining the Army as a boy soldier at 16, spending 29 years in the Army before leaving as a Major having served in Germany, Northern Ireland, Cyprus, The Falklands, Afghanistan, Holland, Germany and Belgium.

“After leaving the Army, I joined an insurance broker in the Jordanian capital Amman as CFO/head office manager serving clients, primarily oil companies operating mainly in Iraq. Also, with an oil company comes all the sub-contractors, so we served all those clients throughout the Middle East.

“I spent three years there but felt the insurance sector really wasn’t for me and, as luck would have it, my old commanding officer called me and told me about a role in Brussels working for The Commission for International Justice and Accountability – an organisation investigating war crimes.

“Three months turned into seven years, but travelling took its toll and the year before COVID, I racked up 80 flights in a year. I was missing my family and had been on the move since I was 16, so it was time to settle down in Shrewsbury.

“In the short time I have been at The Movement Centre, I have been fortunate to see the difference the team here is making to the lives of children and their families.

“The first session I watched was amazing when you see the look on the child’s face and those of the parent’s – you couldn’t put a price on it.

“Together, we can make life-changing differences to so many people here at The Movement Centre, and it is a very exciting future.”