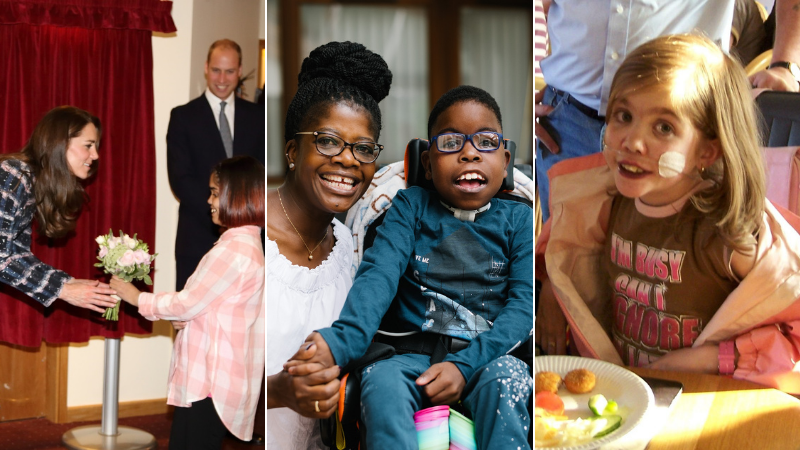 Over the past three decades, the hospice has continued to deliver much-needed care and support to the families of children and young adults with life-limiting conditions.

The charity relies heavily on voluntary donations to fund much of the £4.7 million it needs to run each year, providing highly skilled nursing care in a homely environment.

Founded by Sister Aloysius and Father Thomas Mulheran, the hospice was officially opened on November 25, 1991, by Diana, Princess of Wales.

The late Kirsty Howard, born with a rare heart and lung condition, made Francis House a household name in the late 1990s, raising millions in donations enabling the hospice to expand and develop its services to meet the needs of older children.

In 2016, 25 years after Diana’s visit, Prince William and the Duchess of Cambridge officially opened the £3.5 million Francis Lodge – a seven bedroomed unit for teenagers and young adults.

A memorable visit to the hospice in 2019 by Marcus Rashford put a smile on the faces of the children including 19-year-old Faizan Sheikh, he said:

“It was a dream come true meeting Marcus Rashford. I was so nervous meeting him, but he is very nice and very caring.”

Following the outbreak of Covid-19, the hospice provided emergency respite for families desperate for a break, re-opening for planned respite in April this year.

Among the 500 families supported today by the Didsbury based hospice are Sibusiso Keabetswe, mum to Thabani, 9, who has a rare chromosome imbalance, and requires round the clock care. The family have been coming to Francis House for approximately three years.

Revd David Ireland joined Francis House as a trustee in 1993 and became CEO in 2005.

A partner in a national firm of architects he worked as an architect for 23 years. He designed and supervised the construction of Francis House which was awarded the Care Home Design Award in 1993. As a result of being at Francis House, David trained in religious studies and was ordained as a Minister in the United Reformed Church in 1995.

“Since 1991 thousands of families have come through the doors of Francis House and we have supported them through the most difficult times ensuring that they receive the best possible care.

“The last thirty years have seen a significant change in the attitude to paediatric palliative care both in Britain and throughout the world and Francis House has been the forefront of expansion and development of the children’s hospice service.

“The last few years have seen huge steps forward in the way in which we support and care for young adults. Independent Research commissioned by Manchester University into the needs of young adults, informed the building and establishment of Francis Lodge.

“In this thirtieth year, we are expanding the homecare and emotional support teams and continue to recruit more nurses. Throughout our history, we have been fortunate in the support that we receive from the people of the North West, who think of us year on year and who give us the confidence to continue to welcome more and more families, as they turn to us for help.

“For the 500 families who use Francis House they live for the moment, and our role is to make every moment count. We help them experience things that provide good memories that will help them in the future.”

For thirty years, Francis House has been caring for children with life-limiting and life-threatening conditions in Greater Manchester and the hospice wants to hear from supporters, families and anyone involved with the hospice past and present, to share their favourite memories from the last 30 years.

Anyone can share their photographs and memories by uploading them to the hospice website along with a donation during the celebratory year by visiting: www.francishouse.org.uk.