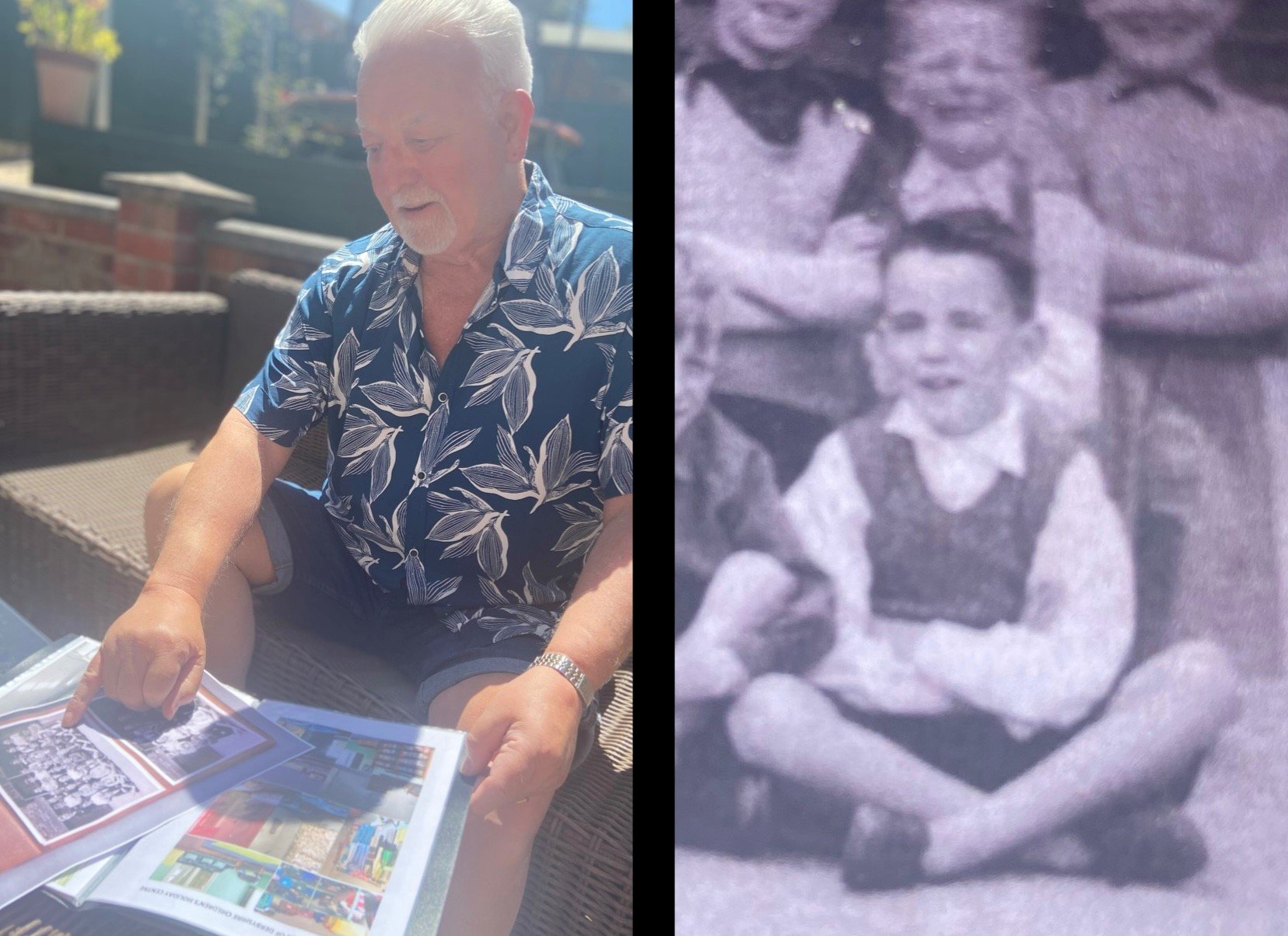 SUMMER holidays will soon be here. For those lucky enough to get away, there’s the prospect of that carefree joy of leaving behind our day-to-day lives for a while. But for many in Derbyshire, their only break as a child came – and still comes – courtesy of a much-loved charity that has been sending youngsters on holiday to Skegness for 131 years. LUCY STEPHENS speaks to just some of those who have never forgotten the kindness shown to them at the Derbyshire Children’s Holiday Centre.

Getting away from it all for a week or two over the summer is one of the finest pleasures of modern life.

Whether you prefer seaside fun in the sun or a trip to the bright lights of the city, it’s hard to know what’s more enjoyable: the wonderful anticipation of a summer holiday or actually going on one.

Some people aren’t so lucky, however, and may not get a break at all. That’s why benevolent Victorians Harry Sykes and Arnold Bemrose set up the Derbyshire Children’s Holiday Centre back in 1891. Their idea was simple: to give children who would not otherwise get a break, a free holiday in Skegness. Well over a century later, there is still a need for the charity’s services, and it’s going strong.

Why do children enjoy it so much?

For Michelle Breffitt, who went to the holiday centre – fondly known as ‘Skeggy home’ – on two or three occasions as a child, her abiding memory is that of the kindness shown to her at a young age courtesy of grown-ups she had never previously met. So grateful is she as an adult that to this day she is a committed volunteer for the charity, and has been for years.

“Going to the centre was my first experience of good people,” says Michelle. “When I went to the first community support group meeting to volunteer for the holiday centre, I hadn’t got a clue what I was letting myself in for.

“I felt an overwhelming sense of ‘My goodness, there are people in the world who do things for other people for no reason.’

“As a child, I didn’t know that there were people working behind the scenes to make that holiday happen for me. Ever since then, I thought, ‘You’re on this planet a short time. Let’s leave it better than when we arrived.’

“I recently bumped into a guy who also went to ‘Skeggy home’. He was in his 60s. He told me what he remembered most. It was the smell of clean sheets because he didn’t have clean sheets at home.

“I remember coming back in the afternoons and having your clothes folded on your bed, all washed. They put your pyjamas on the bottom of your bed too.

“It’s a lovely feeling to think someone has cared for you while you’re out having fun. It was my first experience of being around good people, doing nice things for me, who didn’t want anything from me.”

Fellow charity volunteer Nicole Pirie, who grew up in Chaddesden but now lives in Belper, has similar warm feelings about the holiday centre she also attended as a child.

“My fondest memories there were around the arts and crafts room,” she says. “I was never a kid who was into sports. I just remember being so happy that there was something there that I enjoyed too. The craft room was just home. I was just allowed to go into it when I wanted. What a kid wants, they give it, and it was just so nice.

“Everybody was just so happy to be there. I don’t think you cared who you were there with.

“As a kid when I went, I had no idea it was even a charity. That’s why I volunteer for them now.”

It may have been many years since 72-year-old Michael Walsh, of Mackworth, attended the holiday centre. But his memories about the kindness of adults very much chime with all those voiced by all former “Skeggy home” holiday-makers.

Michael, who attended the holiday centre in 1961, recalls: “We were poor growing up I suppose. I was the youngest of the family and the next thing I knew I was having my bags packed and I went down to the Derby bus station where I got on a coach to Skegness.

“It was absolutely brilliant. We were so well looked after, so well fed.

“I just remember playing on the beach for what seemed hours and hours, and the free donkey rides we had.

“You remember these things because they had an impact on you and they are so important. There were these lovely clean linen sheets which were cold when you jumped into them. That was great.

“I can remember going to the cinema to see Big Red. It was all about a big Irish red setter. We went to the circus. They brought out a horse and asked for volunteers. I jumped up and said, ‘I’ll do it.’ They put this great belt around me and I had to jump onto the back of the horse. I just remember trotting around the circus and then being asked to stand up. You wouldn’t get away with it now with health and safety! I went round on the horse and got a big round of applause from the audience. It was brilliant.

“Of all the experiences I have had in my life, going to the holiday centre is the thing that has impacted my life the most.

“I’ve never experienced anything like that in my life. There were other children I’d never met before but made really good friends with, just for that fortnight. It was absolutely brilliant.”

To this day Derbyshire Children’s Holiday Centre in Skegness takes bus-loads of children from the county every week to enjoy five-day seaside stays. Children are nominated where there are significant problems in their lives such as financial hardship, which means they may not otherwise get a holiday. The centre relies on financial donations to keep on offering its valuable service. With a million people living in Derbyshire, the charity’s plea is for people to be ‘One in a Million’, donating £4 a month by texting DCHCMILLION to 70085. Or you can donate via the charity’s website: https://www.dchc.org.uk/