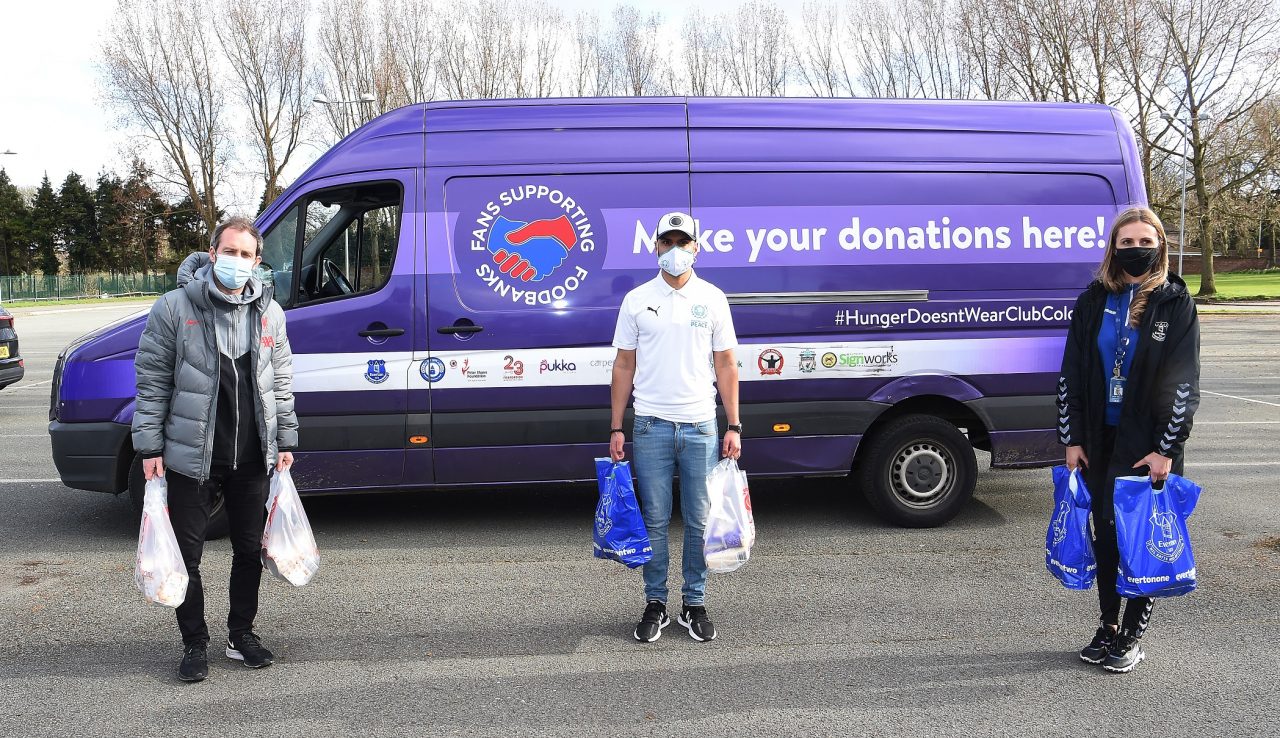 EVERTON in the Community and LFC’s Red Neighbours have joined forces with global football charity Football for Peace as part of a national food drive campaign to distribute unused food to local people in need.

Along with Aston Villa, Oxford United, Wycombe Wanderers and Sutton United, the two official charities of Everton and Liverpool Football Club have received large quantities of non-perishable food donated from Wembley Stadium’s 500,000 items of surplus food in addition to goods donated from the supermarket, Aldi.

Due to ongoing disruption caused by the COVID-19 pandemic, Wembley Stadium has been unable to host major football and hospitality events and, as a result, has accumulated a massive store of approximately half a million items of food and has donated the goods to Football for Peace to ensure that this food does not go to waste and supports those who need it most.

Everton in the Community and LFC’s Red Neighbours were both chosen as being two of the beneficiaries of the food items due to both charities residing in one of the socially deprived areas in the United Kingdom and the last few days has seen community staff out and about across Liverpool delivering goods to local care homes, community centres, community pantries, food banks as well as Fans Supporting Foodbanks.

Both Everton and Liverpool have been at the forefront of supporting the local community during the pandemic. In collaboration with Football for Peace, this latest campaign is just one part of their COVID-19 outreach across the Liverpool City Region.

The Toffees have supported more than 29,000 individuals and families in need through its Blue Family campaign, providing more than 15,500 emergency food parcels and 265,000 meals to schoolchildren, Everton in the Community participants and residents and has supported more than 3,500 individuals and families with rising utility bills, mobile phone credit and essential household items with the charity committed to delivering its Blue Family initiative as long as there is a need within the local community.

Over the last 12 months, the Reds have donated £320,000 to local food banks, provided 15.5 tonnes of food and delivered more than 58,000 freshly prepared meals to support local people and families in need. Fifteen community pantries have also been introduced around the Liverpool City Region with the support of the club and its partners, which will provide a sustainable long-term option and a dignity of choice for those in food crisis for years to come. 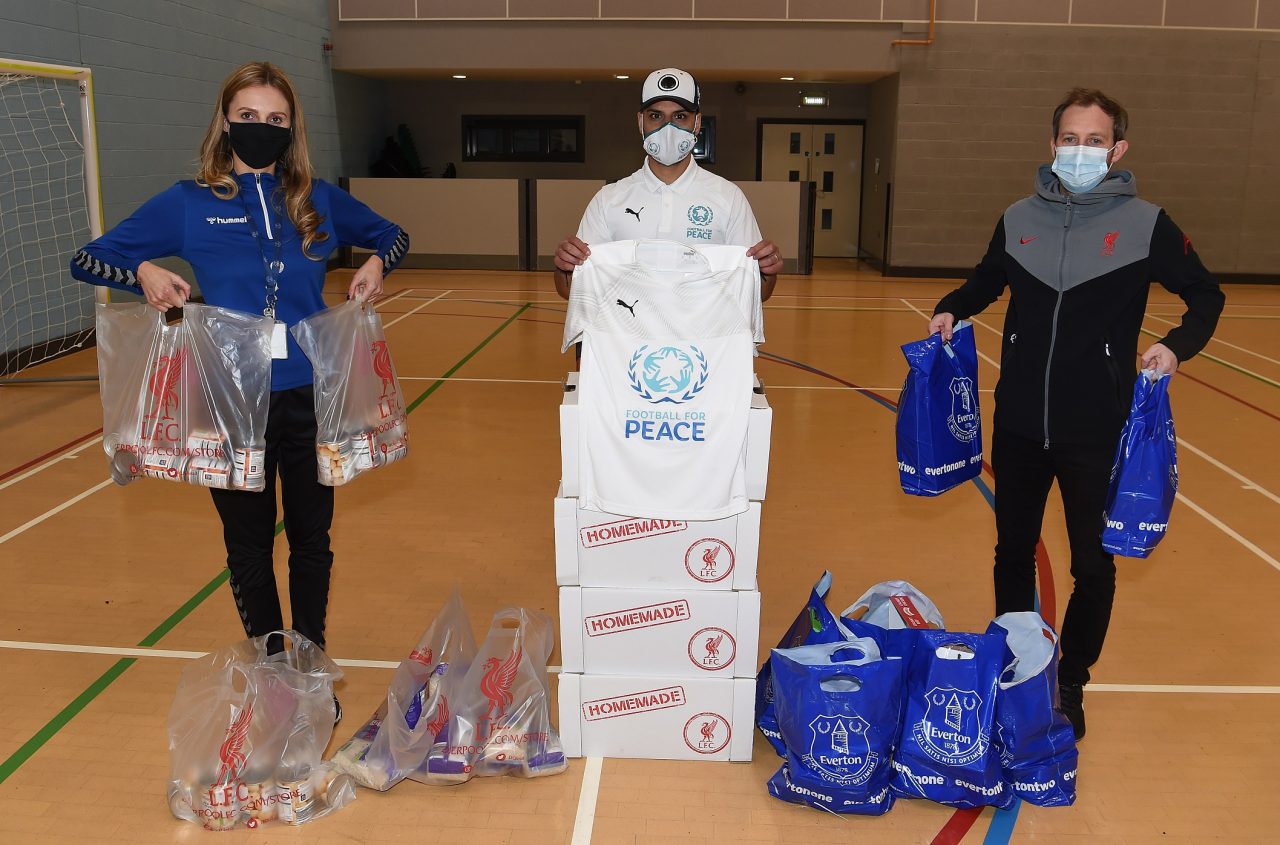 “We are very appreciative to Football for Peace, Aldi and Wembley Stadium for choosing us as one of the benefactors of this donation. The food items will be donated to local care homes and community centres across the city as well as to North Liverpool Foodbank and Fans Supporting Foodbanks to enable them to replenish their stock and feed those most in need.”

“Battling food poverty is a core theme of activity for Red Neighbours, so for us to have access to this very generous donation from Football for Peace is fantastic. It will enable us to continue our support of North Liverpool Foodbank, Fans Supporting Foodbanks as well as those requiring extra support in our local communities.”

“We’re delighted to be working with our football club partners and Aldi to offer support to families who have been hit hard by the pandemic. When we heard about the surplus food at Wembley, we knew it was a great opportunity to contribute to communities across the country and make a real impact.

“It’s great to see the football community coming together for such a worthwhile cause, and we’re extremely grateful to all the partners and clubs who have helped the Football for Peace food drive make a real difference.”

Football for Peace was established in 2006 at the United Nations New York Office by Elias Figueroa, the Chilean and FIFA legend, and supported by former secretary-general the late Kofi Annan. In 2013, Football for Peace was officially co‐founded internationally by professional footballer and football diplomat Kashif Siddiqi who then led a sustained agreement signing at the United Nations Geneva Office of Sports for Development and Peace.