Five years on from the Grenfell Tower tragedy, charity calls on the Government to step up 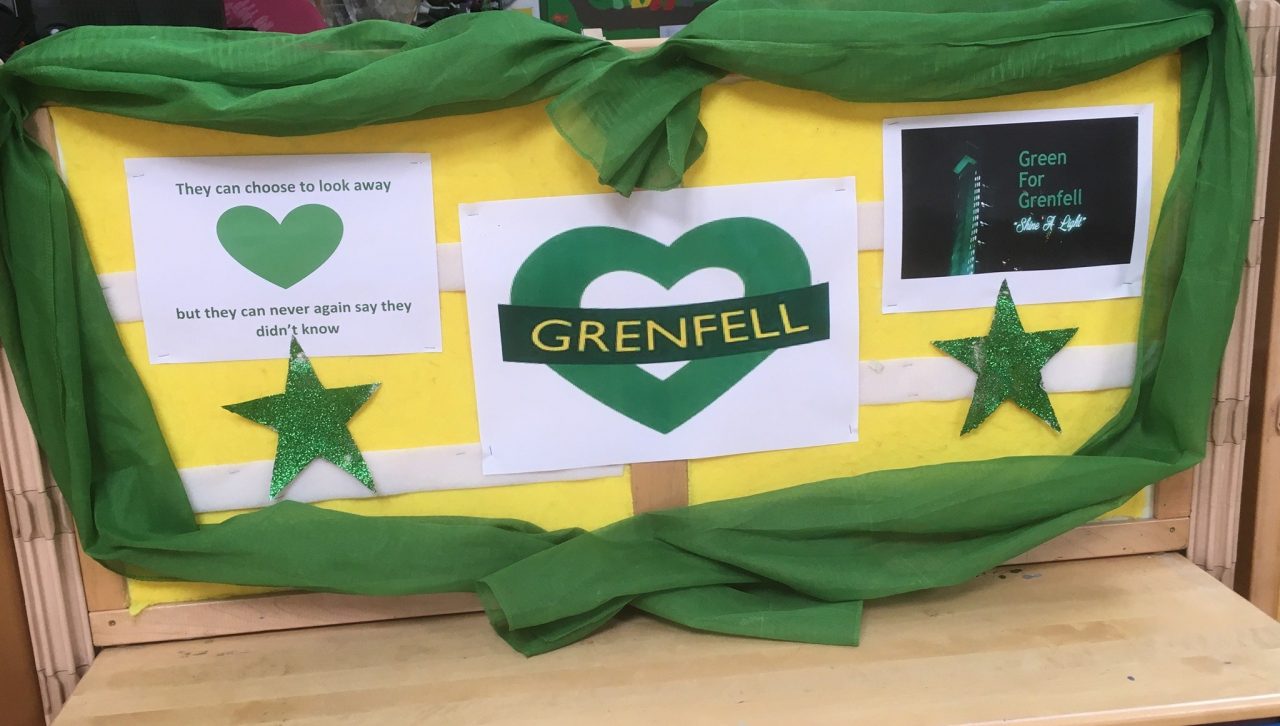 THE impact of the fire at Grenfell Tower is still being felt throughout North Kensington and will continue to affect residents for many years to come. John Lyon’s Charity (JLC) – a London-based grant-giving Funder who stepped in immediately after the tragic event five years ago is actively seeking new ways to fund Children and Young People’s organisations and has invested £4.4m since 2017 into the borough to help support the community.

In the first days and weeks following the fire, JLC worked closely with other funding organisations and London Funders to create an emergency response strategy to support the communities living in the area that had been affected. In July 2017, over £1.1m was distributed to 100 local community groups, faith groups, schools and residents associations for extra equipment, food and essential supplies to support the local communities.

“As one of the biggest grant-giving Funders in London, we knew we had to step up and do all we could to protect this much-loved community, which is based in the heart of our Beneficial Area. Now, five years later, we are still doing all we can to help and want to remind organisations that operate in and around the area that we are committed to investing in the borough long term.”

Traditionally, Kensington & Chelsea as a local authority area is often overlooked for funding and support from outside agencies.  Parts of the borough are the most affluent in the country, if not in Europe.  However, in pockets such as North Kensington, levels of deprivation and need are incredibly high. John Lyon’s Charity has remained focused on supporting the survival of key charities in the borough and funded 166 organisations since June 2017 but much more needs to be done.

“Following the Grenfell Tower tragedy, the local community were in shock and grief. Many had lost loved ones and neighbours and they experienced mental trauma and health issues for a long time afterwards. The emergency funding enabled local groups to offer support to the community through a variety of different projects, very quickly and flexibly. However, local people are still affected by the tragedy today. Some moved away but many are still living in the same area under the shadow of Grenfell Tower and the memories of what happened here.”

Another charity that received emergency funding from JLC was London Sports Trust, an organisation that inspires positive change for disadvantaged young Londoners through sport.

“Trauma is usually hidden, but with the Grenfell Tower tragedy in view every day, it still remains at the forefront of residents’ minds. The London Sports Trust supported children and families who lived in Grenfell over the last 20 years, so it was heartbreaking to see some of those amazing young people perish in tragedy. The emergency funding from John Lyon’s Charity enabled us to provide additional support and sessions specifically for children and families affected by the tragedy, giving them a safe space to take part in activities or just be together. We continue to run sports and outdoor adventure activities as well as family baking programmes for families around North Kensington affected by the Grenfell Tower tragedy.”

“We had one family from the North African community who was greatly affected by the fire. They had relatives living in Grenfell and sadly the whole family perished. Other families had relatives and friends who were admitted to hospital, one on life support for many weeks, and who came to our centre to express grief and concern. We still see the effects of the Grenfell Tragedy on families’ emotional wellbeing and we support families with childcare whilst parents attend counselling/therapy groups away from the project. We have seen many different communities come together to support each other over the last five years and many come to our centre to seek solace and be with friends and family. We are grateful to Funders like John Lyon’s Charity but more needs to be done to help this community heal.”

Five years after the impact of the fire still sends shockwaves across London with the community of North Kensington losing many family members and friends. Despite JLC’s continued funding commitment the area still needs significant support and investment. John Lyon’s Charity is using its platform to remind local organisations that it is committed long-term to supporting the borough and urges the Government to step up and do more.

JLC also operates in Barnet, Brent, Camden, Ealing, Hammersmith and Fulham, Harrow and the Cities of London and Westminster. To find out more about the Charity please visit their website: www.jlc.london.