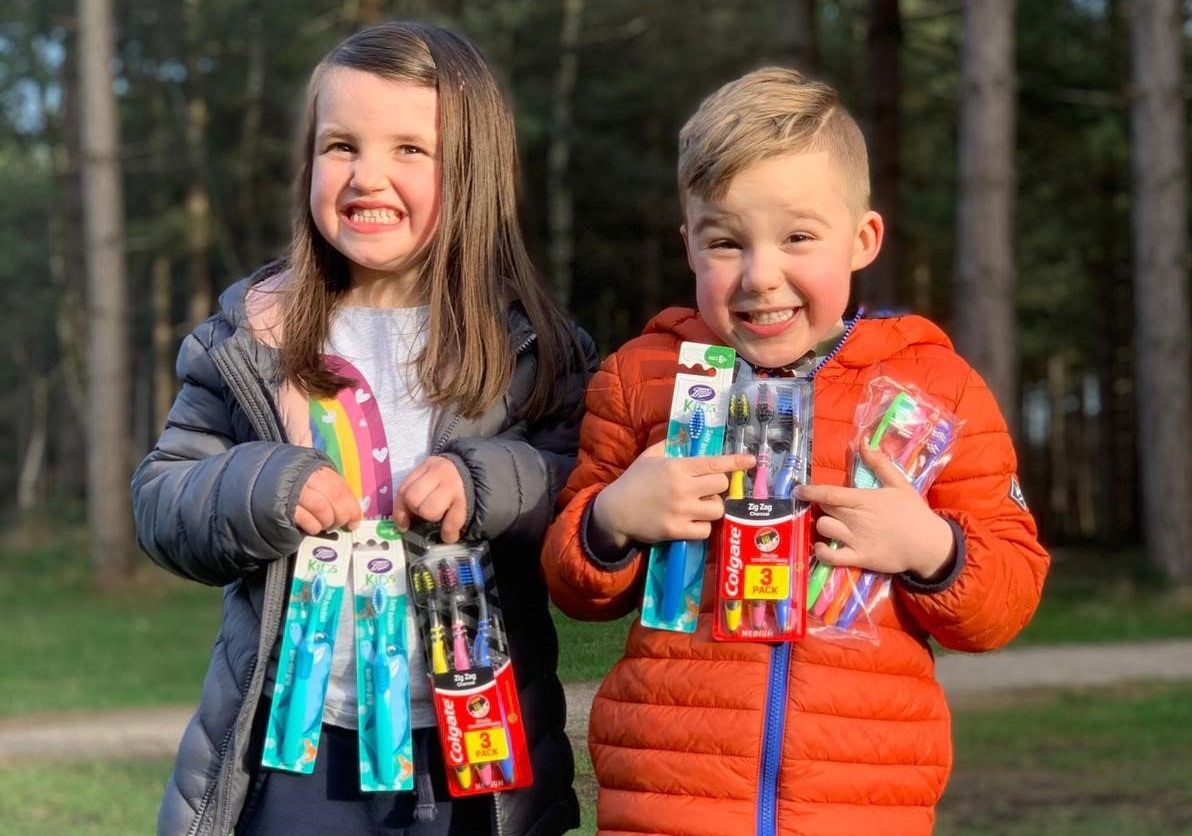 A much-loved charity has launched an appeal to put an even bigger smile on children’s faces by asking for toothbrush donations.

The Derbyshire Children’s Holiday Centre, a long-running charity that gives five-day seaside breaks in Skegness to youngsters from the county, has been inspired by the efforts of some of its youngest supporters: five-year-old friends Jenson Breffitt and Emily Smith.

Caring Jenson and Emily, from Derby, saved up their 1ps and 2ps to help buy 13 brand new toothbrushes for use by children going on trips at the holiday centre.

Donations of new toothbrushes are particularly valued at the centre as sometimes children arrive without a suitable means of cleaning their teeth.

The Derbyshire Children’s Holiday Centre was not open for two years because of Covid but began welcoming youngsters back in March 2022. Children are nominated to go on a seaside break if they are deemed to be in a situation that means they might otherwise not get a holiday at all – either through financial hardship or another reason.

Over the two years it was shut, volunteers were trying to come up with different ways of raising cash as many of their usual events have not been able to take place.

Emily and Jenson asked to donate their 1ps and 2ps to support fundraising efforts for Derbyshire Children’s Holiday Centre, for which Jenson’s mum Michelle is a volunteer. Emily’s mum Lisa Smith, a secondary school teacher, said her daughter had saved up the change when buying treats with her pocket money.

“We want to encourage her to think about others. We explained that the money is for boys and girls who don’t have the same things that she has.”

Now the charity is asking if anyone else would like to donate toothbrushes.

“It’s so kind of Emily and Jenson to think of donating their 1ps and 2ps to us at such a young age. We really appreciate their generosity!

“We want children who come on holiday with us to have the best time possible. That includes ensuring they have all they need to make sure we can look after them while they are with us. A toothbrush is such a simple thing. Over the last two years, it has been tough for our hard-working volunteers to come up with fresh ways of fundraising. If we can make sure our centre has good stocks of things like new toothbrushes and, when the weather warms up, sun cream, it means that money we raise can be put towards ensuring as many children as possible get to benefit from the service we offer.”

If anyone is inspired by kind-hearted Emily and Jenson to donate toothbrushes to Derbyshire Children’s Holiday Centre, they are asked to email Michelle at: Mbreffitt@dchc.org.uk, who can arrange for them to be picked up. The charity would love donations of brand new toothbrushes still in their packaging.

Alternatively, to donate to the charity, with a million people living in Derbyshire, the charity’s plea is for people to be ‘One in a Million’, donating £4 a month by texting DCHCMILLION to 70085.