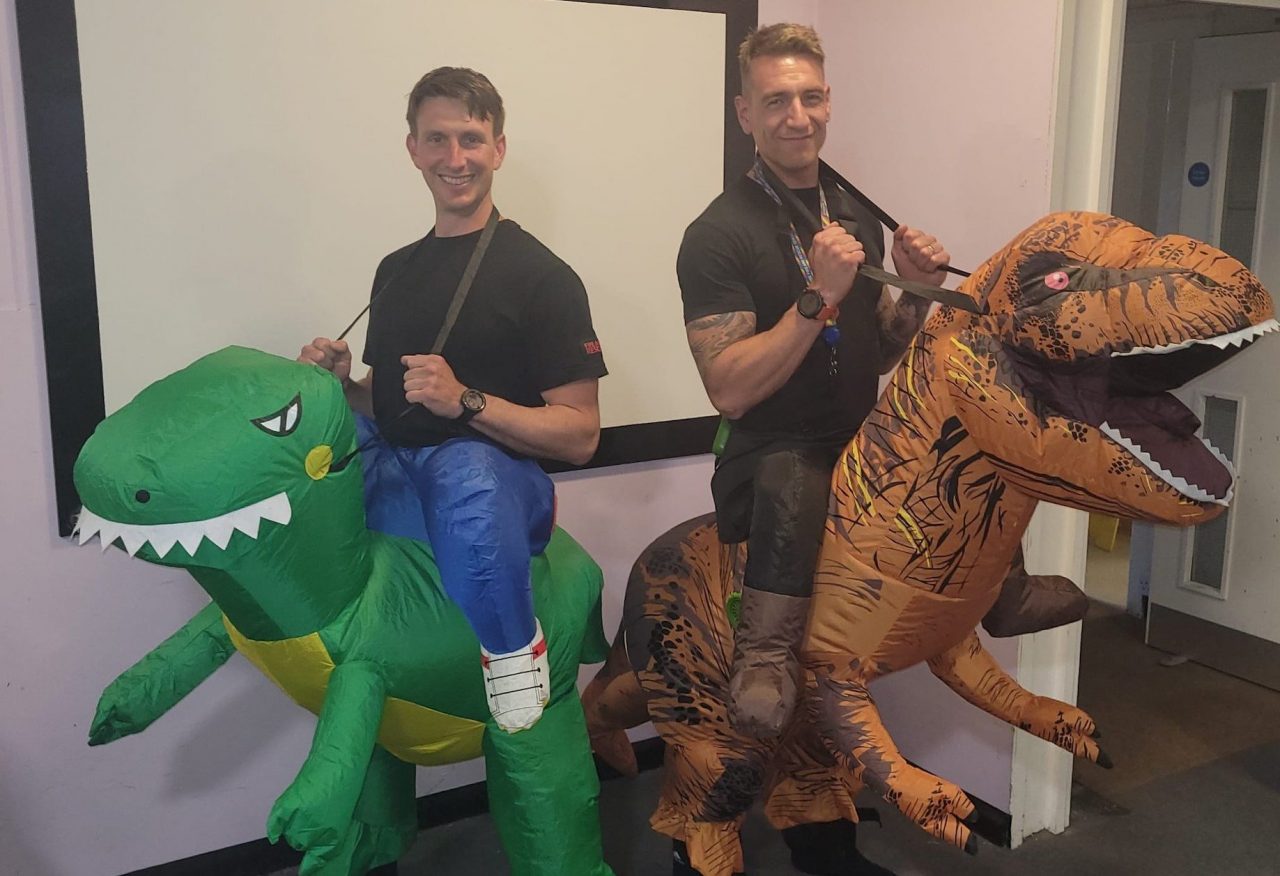 THREE firefighters from Royal Berkshire Fire and Rescue Service are preparing to run 96 miles across the Jurassic Coast to raise funds for The Fire Fighters Charity – a cause particularly close to their hearts.

They’ll be completing the challenge – which they’ve called the Dorset Dino Dash – in blow-up dinosaur costumes.

Ross Burton, Scott Butler and Tom Houseman (aka, Groot) will run side by side, in the hopes of completing the entire distance in just four days, with two of their colleagues supporting them.

The team, all of whom are on White Watch at Caversham Road Fire Station, will set off from Exmouth on 14 June, straight after they finish a night shift.

The Fire Fighters Charity supports serving and retired fire and rescue service personnel, as well as their spouses, partners and dependants, throughout their lives, offering health and wellbeing support when they need it most.

“We’re all serving firefighters so we’re very aware of the great work this charity does, and following the pandemic, we’re all too aware of how much charities need our support.

“But also, when we’re wearing these costumes, people see you and they smile! We’ve seen it on our training runs. There’s a lot of negativity and upset feeling at the moment, but when you’re looking like a wally, people chat to you and they smile!”

“On behalf of everyone at The Fire Fighters Charity, I’m wishing the whole ‘Dino’ team a huge good luck for this fantastic challenge!

“I’ve thoroughly enjoyed working with such an energetic and positive group of fundraisers. The creativity they’ve shared throughout the preparations has been amazing to see and the funds they raise will make a massive difference to so many individuals in our fire services community.”

To support the team’s fundraiser, please visit their JustGiving page.