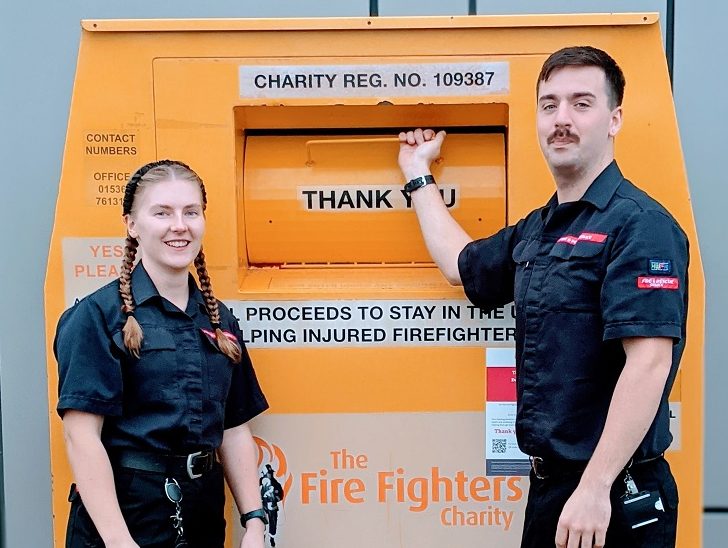 This impressive result, donated by the generous public, is the quantity and value of clothing collected by the Service over the past ten years and available for resale, reuse and recycling to provide the maximum benefit possible to worthy causes and to firefighters who themselves need welfare support.

This achievement has been flagged up in the Fire Fighters Charity’s latest Clothes Recycling Performance Report, which has announced that nearly £5million of unwanted clothing has been donated to fire stations across the UK in the ten years up to March 2021.

The report shows that clothes recycling for The Fire Fighters Charity have seen ten years of steady growth generating £4.6million across the UK over this period – diverting more than 26,000 tonnes of unwanted clothing away from landfill. 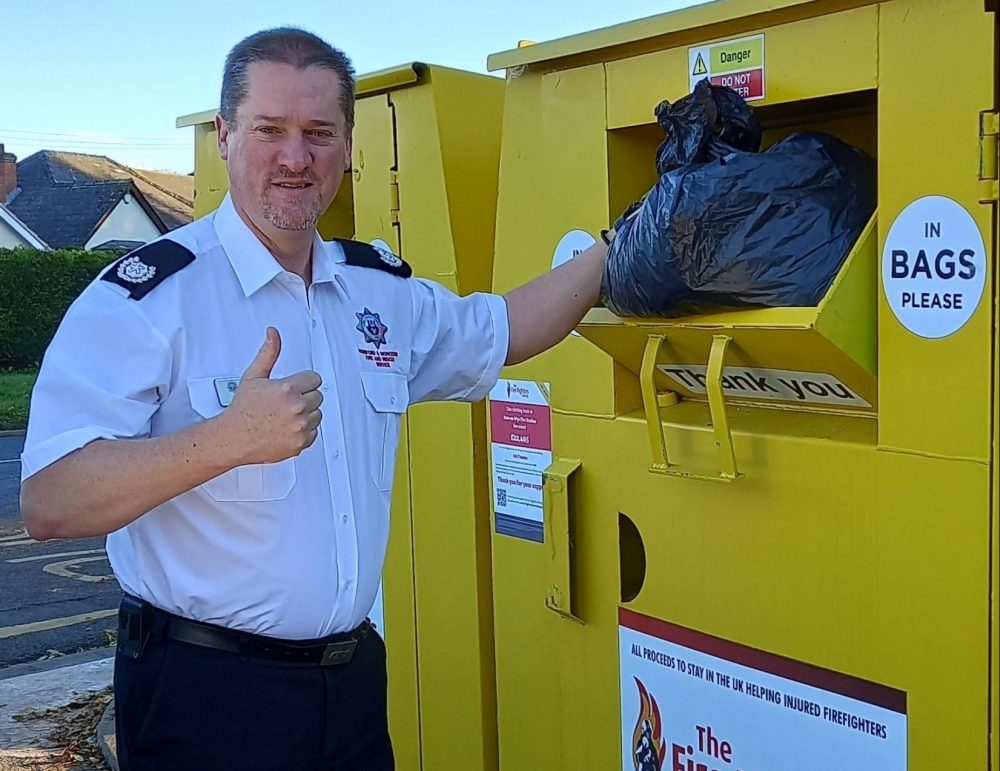 Meanwhile, any unwearable textiles are recycled into a range of items such as industrial wipers and car upholstery as well as being re-used in the production of scores of other items.

The income generated for the Fire Fighters Charity from textile recycling helps fund the charity’s physical, psychological and welfare support for firefighters across the UK who turn to the charity for help, after their many years of dedicated support to the public whenever called on.

“This is a really great result and I’d like to thank the Herefordshire and Worcestershire communities for your support to this highly worthwhile scheme.

“By making the effort to bring items to our recycling banks instead of simply throwing them away, you are directly contributing to communities in the developing world, as well as supporting our firefighters should they need the charity’s help after their many years of service to our two counties.

“Anyone who would like to donate unwanted items can find out what we can and can’t take, and where our recycling banks are, at firefighterscharity.org.uk/get-involved/recycle-your-clothing.

“So why not Clear Out Your Cupboards and help people in need and the Fire Fighters Charity!”

“This is such a fantastic achievement, thank you to HWFRS and all our fire stations, as well as to the generous public who’ve supported our clothes recycling scheme.

“As we head up and over £5million through the donation of unwanted clothing from all fire stations across the UK, with your continued support, we can continue driving this income stream to even higher levels over the coming years.”