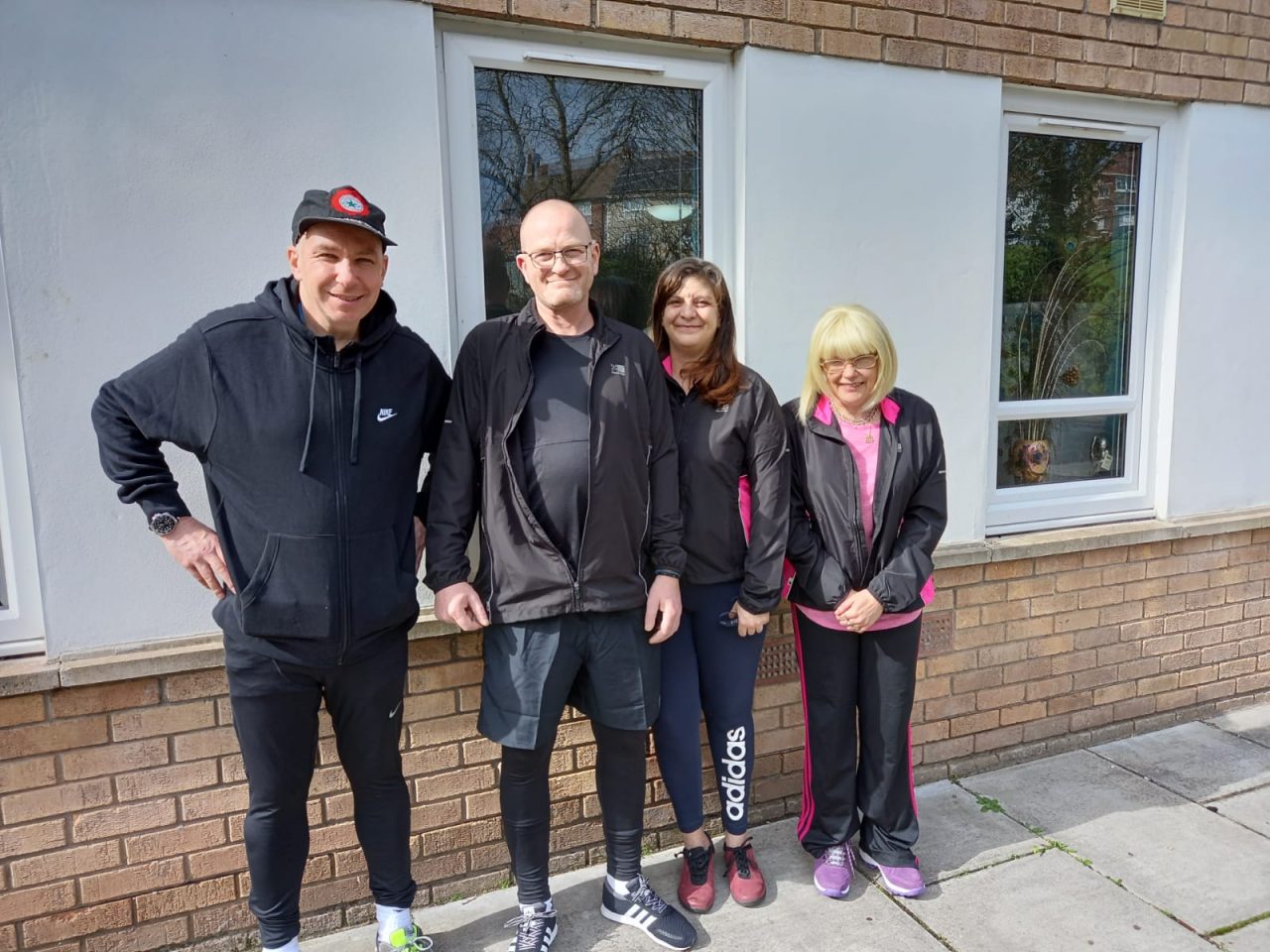 FOUR people who were all homeless are doing the Couch to 5K challenge to raise money for a local charity that helped them change their lives.

Paul, Shaun, Michelle, and Angela live and work together at homelessness charity Emmaus South Wales and have started the 9-week training programme with three runs each week.

Emmaus South Wales helps men and women who are homeless by offering a home for as long as needed, work experience in its social enterprises, daily support, and funded training.

It costs Emmaus South Wales approximately £150 per week for each person supported. The team want to give back to the charity for its help and is aiming to raise £4,500 between them.

One of the team members, Michelle, who was homeless for two years before moving to Emmaus South Wales, said:

“I was a shell of a person before coming to Emmaus last year. I had spent two years sofa-surfing and was at rock bottom after losing both my parents, my sister, my home, and my job within a short period of time.

“I’ve met some great people since living here and enjoy working in the Bridgend Emmaus Superstore. I lost my family, but here at Emmaus, I now consider all the other residents like family, which means the world to me.

“Emmaus isn’t just a roof over your head. If you want to change your life and you’re willing to put in the work, you can do that here. That’s why we’re doing Couch to 5K and raising money. We want to give back and support the charity that saved our lives, so it can carry on and do the same for others.”

Jemma Wray, Chief Executive at Emmaus South Wales, is also part of the Couch to 5K team and said:

“We have just completed week one, and I’m extremely impressed with the motivation and commitment of the group. Everybody has already made progress, and the group are really benefiting from exercising and being out in the fresh air. By the end of the programme, Michelle, Angela, Paul, and Shaun will not only be running 5K but will be fitter, healthier and happier.”

To donate to Paul, Shaun, Michelle, and Angela, please visit their JustGiving page.