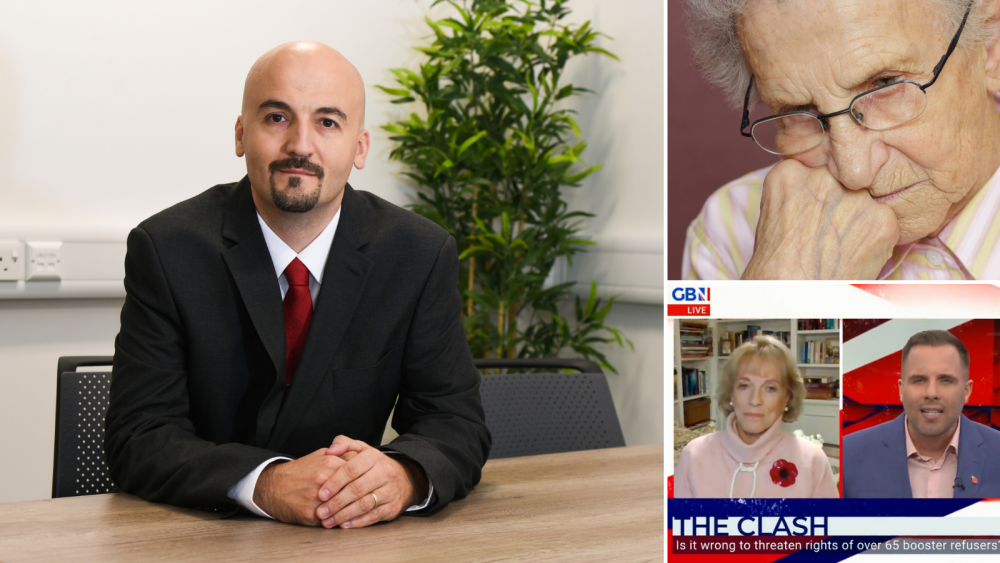 It’s always interesting when on social media, you see names trending. In truth, first thoughts are often, if they have passed away, so when I saw the child and older people advocate Esther Rantzen’s name trending I took a look with my natural interest in her charity work.

Within my moments my jaw just dropped!

‘If you expect nurses and doctors to look after you, you must protect them. You must make sure they can prioritise people’

Dame Esther Rantzen and Cheryl Baker discuss if it is wrong to threaten the freedoms of over 65s booster refusers. pic.twitter.com/NAsQX6KAQ3

Here we had Esther (a Dame, a founder of a charity for older people!) on television smiling while insinuating that our elderly generation who suffer things like strokes and heart attacks should be left at home, potentially alone, to die if they haven’t had the third jab.

I don’t know why I am shocked anymore because if the last 12-24 months has shown me anything it’s how heartless and cold we have become as a society in our views. I genuinely think we have a case of mass hysteria in relation to coronavirus.

It can be the only explanation for such divisive beliefs surfacing from some normally level-headed individuals. Actually, forgive me, another reason would be conflicting interests, but we won’t go there.

I witnessed a Lithuanian man get hit by a car with the windscreen impaled around him and his head smashed open (literally), did I know his health status before being the only one to help him? No, what concerned me was another human being in life-endangering trouble.

I once performed lifesaving CPR on an elderly man at a football match, did I know his health status before performing it? No.

My humanity kicked in, and I did what was necessary to save their lives.

Before coronavirus Esther Rantzen’s charity, The Silver Line joined forces with Age UK to fight loneliness amongst the elderly and now in that fight, she is advocating their isolated deaths at home untreated.

It’s so hypocritical and goes to show for me these are fruitless photographs and PR exercises, this is the society we are now contending with, where has our levelled compassion gone when it’s been needed the most?

Instead of attacking those not taking the third vaccine or any vaccine for that, why do we not work with each other to understand concerns and frustrations?

Pushing publicly for segregation while wearing a poppy is sickening, particularly as a charity leader of the elderly, segregation and inequality were brought into sharp focus on the world stage during and after the war, prompting action at the highest levels.

A post-war civilised society does not need public-facing people wearing symbols of peace and remembrance while spouting for further division and injustice.

We should be uniting and working to understand people’s concerns.

Let’s be honest, the messaging from government and world leaders from the beginning has been contradictory and continues to be, they’ve been saying one thing at the lectern and doing another, often not hiding that fact either.

Is it any wonder people do not trust their motives?

These people have paid into the health system and contributed to our civilised society all their lives and they deserve more respect.