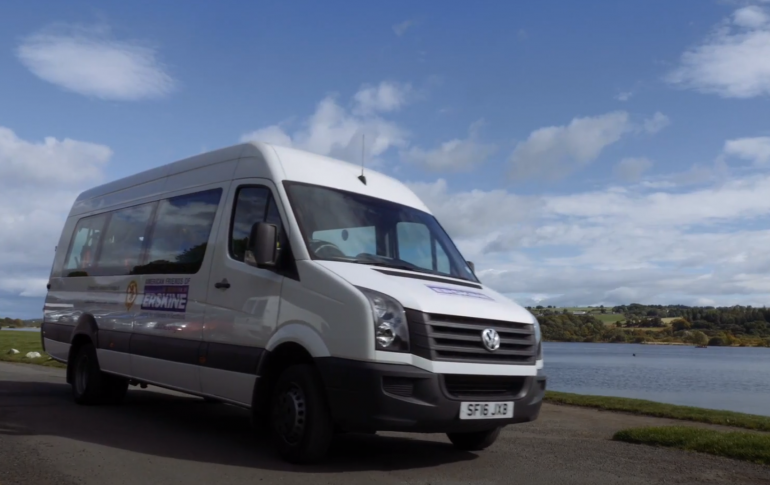 SCOTLAND’S Veterans’ charity is appealing to the public to join in their funding push – as well as giving supporters the opportunity to name the new vehicle.

Erskine needs to raise £55,000 so that their Veterans have access to the specialist minibus, which would pave the way for around 2,500 trips a year.

Anyone can name the minibus, and their entry can be inspired by anything or anybody. You can be as creative as you like as long as your entry is registered by March 15. As a token of their appreciation, the Veterans will then handpick the winner themselves.

The new minibus will provide a critical service to every resident of Erskine and will allow the charity to cater for Veterans reliant on transport. This will be for hospital and doctor appointments, days trips, and to provide transport to and from the Erskine Reid Macewen Activity Centre (ERMAC).

Central to this support are Veterans suffering from PTSD. Like so many who live with the disorder, Erskine Veteran Steve Wylie finds it difficult to use public transport.

Steve, 58, served in Northern Ireland and Germany before being injured in the Falklands. His injuries were so severe that he required three operations, resulting in half of his stomach being removed. Upon returning to Scotland, Steve found himself homeless, without a job and severely affected by PTSD.

Erskine offered him a way forward and a means of getting himself back on track, with the work of ERMAC handing him a new lease of life. However, none of that would have been possible without the invaluable transport laid on by the charity.

“PTSD has shaped my life since the moment that I left the forces. I didn’t realise until years later how badly I was affected by what I experienced and witnessed. It stopped me from going about life normally – I had to consider everywhere I was going and how I was getting there.

“Without Erskine providing transport, I would never have been able to attend ERMAC and ultimately get my life back on track.

“At first, I was shy, I didn’t talk to anyone, but in time everyone there helped bring me out of my shell. ERMAC has enabled me to do things I could never have done before.

“Erskine has lifted the barriers in my way to do the things I enjoy. The Activity Centre and the minibus have given me a freedom that I feared I had lost forever.”

When it’s safe to do so, Veterans like Steve look forward to travelling back to the Activity Centre. However, Erskine’s support has never wavered throughout the pandemic, and each Veteran continues to receive vital support through video calls and classes.

Thanks to the current minibuses, Erskine’s Veterans also enjoyed many days out across the country prior to the pandemic, ensuring that wishes came true and wonderful memories were made. Veterans were able to attend the football, visit museums, or even enjoy a bag of chips down by the seaside.

In order for that to continue, it is imperative that the charity’s older minibuses are now replaced with new specially adapted transport.

“The minibus is a lifeline service for our residents and enables us to help Veterans lead a normal day-to-day life. It is used for essential trips, such as visits to the hospital, but also for the days out that our Veterans love so dearly.

“Without the generosity of our supporters, we would be unable to offer such a vital provision.”

To support the minibus appeal and to enter the naming competition, visit: www.erskine.org.uk/minibusappeal.