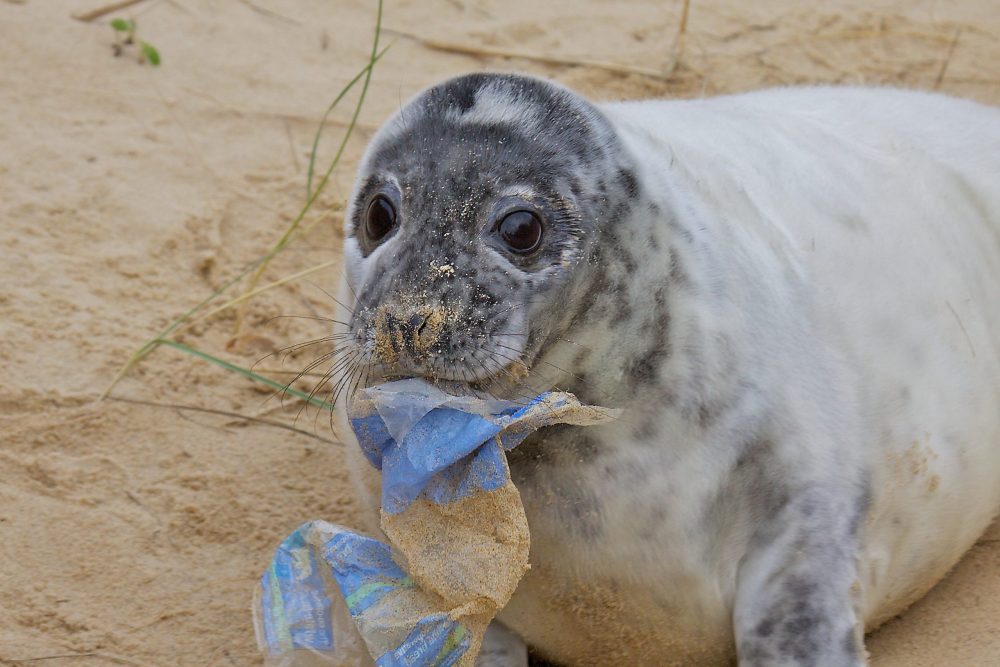 The UK is falling behind the rest of Europe in meeting the minimum standards set across the EU to tackle plastic pollution. Twenty-one organisations, including Greenpeace, City to Sea, Keep Britain Tidy and Friends of the Earth, have warned today in an open letter to the environment minister Rebecca Pow.

Countries across Europe are legislating under an EU directive to ban the most polluting single-use plastic, including cutlery, plates and polystyrene food containers. However, despite many claims to be world-leading on the plastic pollution problem and promises that the UK’s environmental regulations would not fall below those of the EU, the UK has chosen not to legislate the same bans while being the only European country with the top ten plastic polluters.

Currently, there is a wide variety of approaches proposed by the nations within the United Kingdom in how they plan to legislate. For example, northern Ireland is compelled under the Northern Ireland Protocol to have transposed “certain articles” of the Directive by 2022. In addition, both Scotland and Wales have proposed bans in their own domestic markets.

Packaging from take-away food and drinks is a huge cause of plastic pollution, and items like plastic cutlery and takeaway containers are consistently the most polluting items found on beaches worldwide. New research has revealed that food containers and food wrappers are two of the four most widespread plastic items polluting our rivers, beaches and oceans, together with bottles and bags.

The open letter to Rebecca Pow MP states that the “government is not only failing to take the lead on tackling plastics but is falling behind our European neighbours and devolved nations within the UK” if it failed to ban some of the most polluting single-use items like plastic plates and cutlery. The letter was signed by more than twenty organisations today calling on the UK government to legislate to at the very least match the ban of items outlined in Article 5 of the EU Single-Use Directive.

“The EU’s Single-Use Directive was established as a minimum standard designed to encourage member states to go further in their efforts to tackle plastic pollution. And that is what we are calling for today, the fundamental minimum of standards to be met. It’s frankly embarrassing that while other governments are pushing ahead, ours is still lagging.”

He continued, “There is, of course, more to be done in tackling plastic pollution and some of this will and should be achieved through the Environment Bill. City to Sea has long advocated for the UK to introduce a legally binding target to reduce plastic pollution as part of the Environment Bill. Our ask today is so much less than that, and I honestly can’t believe that we still have to make a case for this.  If the government fails to meet these minimum standards, it would be an awful dereliction of their promises to lead on environmental issues post-Brexit.”

“Our single-use, throwaway society is causing an environmental catastrophe on a global scale. The government claims to be a leader in tackling plastic pollution yet is falling behind in the most basic measures. They need to match EU legislation in banning some of the most harmful single-use plastics, at the very least. At the same time, businesses and food outlets need to step up and expand the refillable and reusable options that people are calling for. Turning away from our disposable culture and embracing reusability is how we can all do our bit to protect the natural world from plastic pollution.”

On the 3rd July 2021, the official start of Plastic Free July, a month-long campaign to help people live with less plastic, the EU Single-Use Directive (Directive (EU) 2019/904) was scheduled to be incorporated into national law and applied across the European Union.

However, because the UK had not transposed the Directive by the end of the transition period, the UK is not obliged to do so. Instead, the UK has legislated to ban straws, stirrers and cotton buds, which is part of the Directive but has yet to legislate to ban plastic cutlery, plates, sticks attached to balloons, or food containers made of expanded polystyrene and products made from oxo-degradable plastics.

In addition to the letter, a public petition launched last week, also calling for the UK to implement the ban, received fifty thousand signatures in its first few days. Please check the petition webpage for the current total.