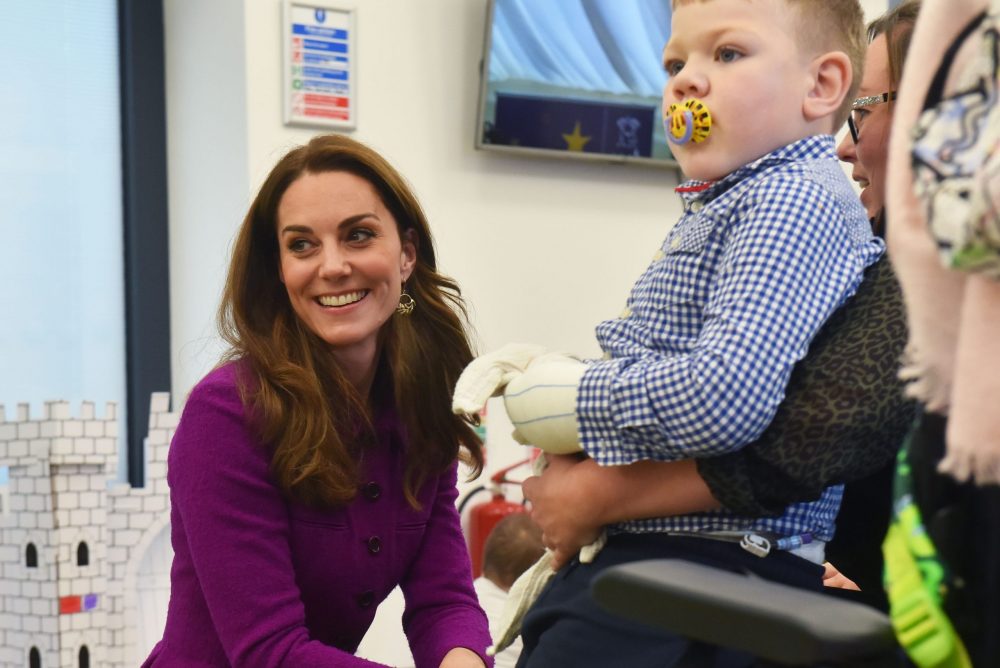 The Duchess of Cambridge, Royal Patron of East Anglia’s Children’s Hospices (EACH), has asked everyone to join her “in thanking the UK’s 54 children’s hospices and their incredible staff for the life-changing care they provide”, in a message to mark Children’s Hospice Week (21-27 June).

The theme of the national awareness week, organised by the UK’s umbrella charity for children’s palliative care, Together for Short Lives, is Pushed to the Limits. This reflects how families who use children’s hospice services have been pushed to theirs this last year. 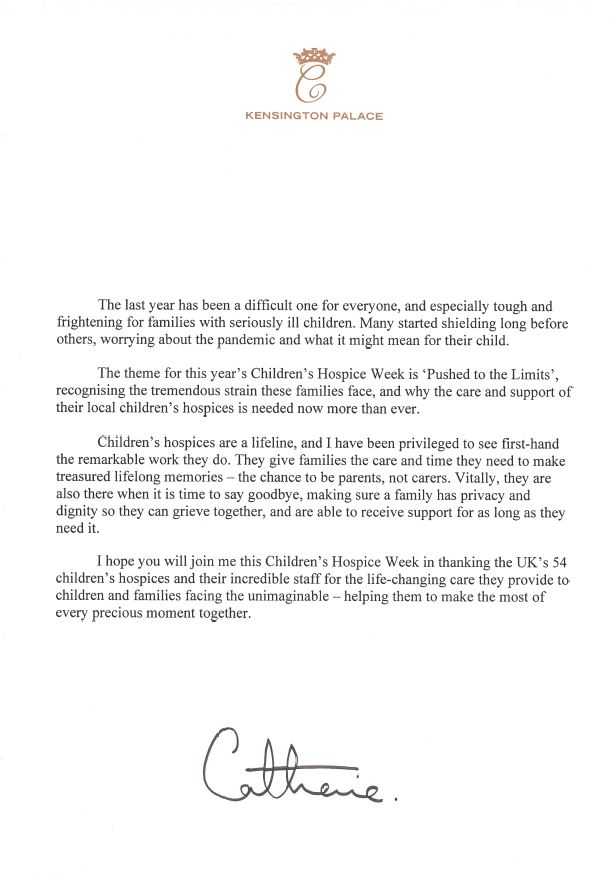 The Duchess became EACH Royal Patron in 2012, and her letter is the latest in a series of messages she has released and visits she has made since.

Over the last year, EACH saw its fundraising events cancelled and the ability of community and corporate supporters to raise money severely impacted. Meanwhile, its 43 shops, which raise vital income, had to close for 30 weeks.

While the charity has weathered the storm thanks to the generosity of supporters, government funding, the furlough scheme and local authority grants, it still needs to raise further support.

“I am extremely grateful to The Duchess for her active support and advocacy, which is deeply appreciated and valued by both our families and staff.

“We are currently doing everything we can to ensure delivery of our frontline service. However, the care we deliver is critically important to some of the most vulnerable children in society and is dependent on continued support from the people of East Anglia.

“The pandemic has created some significant challenges, including maintaining our voluntary income, but these aren’t insurmountable, and we’re genuinely confident of being able to innovate, expand and develop our service in future.”

Andy Fletcher, CEO for Together for Short Lives, said:

“The Duchess of Cambridge, as Royal Patron for EACH, is a fantastic ambassador for seriously ill children and their families and the children’s hospices that they rely on. We join The Duchess in thanking children’s hospices for their much-needed lifeline support, especially throughout the pandemic, when families have felt exhausted and pushed to their limits.”

“More than ever, families need their children’s hospice to provide the care and time they need make the most of every moment, whether that’s for years, months or only days. The Duchess’s support for Children’s Hospice Week over many years has helped to raise awareness of the needs of seriously ill children and to show the life-changing care children’s hospice, and palliative care services provide to families throughout their child’s life, and vitally at the end of their life, in bereavement and beyond.”

For more information about how to support EACH this Children’s Hospice Week and view The Duchess’s letter in full, visit www.each.org.uk/childrenshospiceweek.