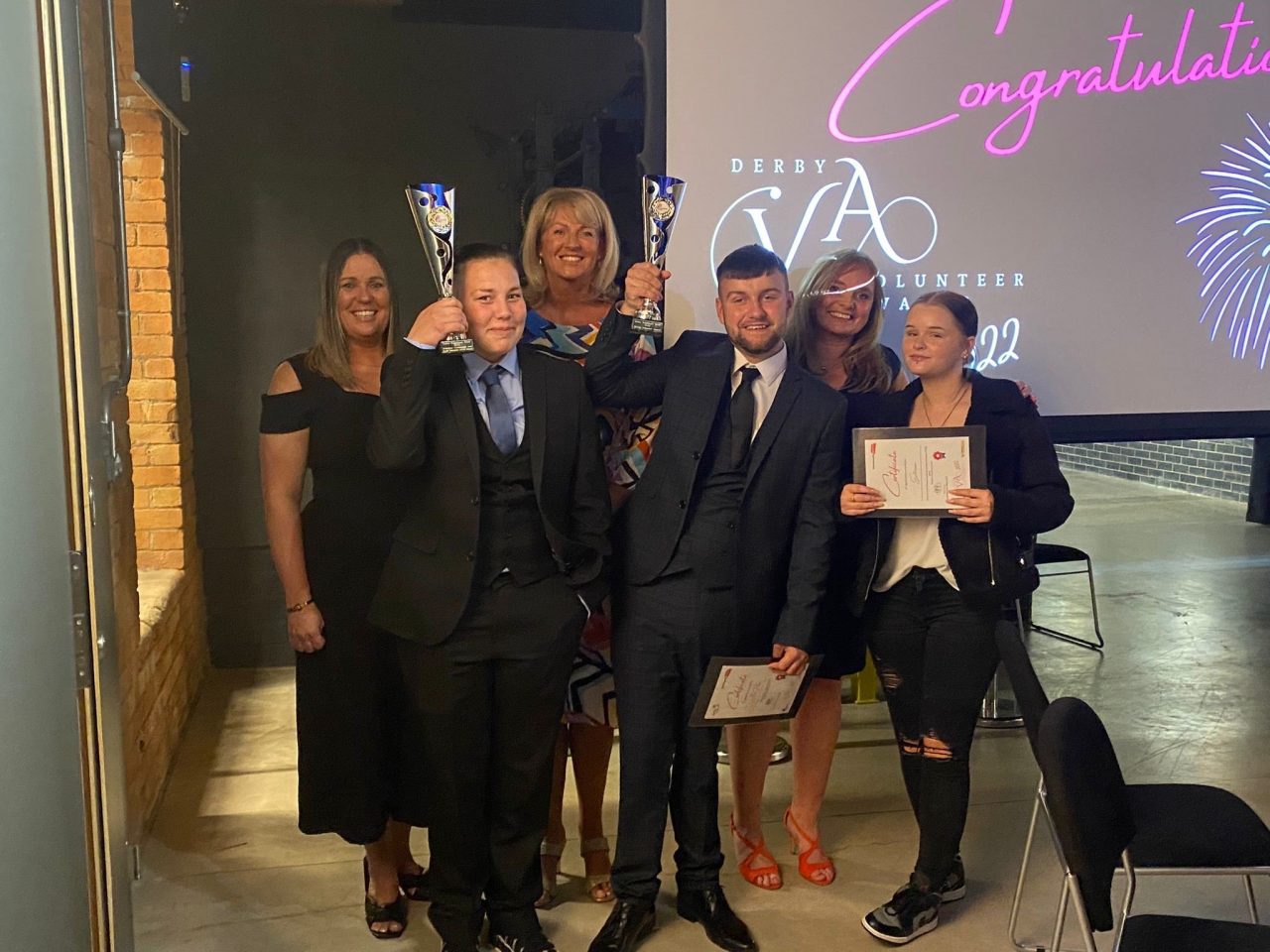 A Derby charity that has helped countless young people achieve a better life has won two awards in recognition of its outstanding contribution to the city.

Enthusiasm Trust, which is based in Cotton Lane, has been helping children from disadvantaged backgrounds reach their full potential since the charity was launched in 1992.

The organisation was presented with the Voluntary Community and Social Enterprise (VSCE) award at the Derby Volunteer Awards 2022, organised by Community Action.

And 17-year-old Aaron Payne, who lives with his mum and his 13 brothers and sisters, was named joint winner of the Young Volunteer award.

Born with a heart condition, Aaron was also diagnosed with epilepsy when he was 11 years old, a diagnosis which led to depression.

Today, he gives up at least three evenings every week to work with the young people attending Enthusiasm, running football training sessions alongside Derby County Community Trust and assisting at Youth Club.

He also helps to run school holiday activity clubs and is now training other volunteers in how they too can help Enthusiasm provide a safe place for young people.

The award ceremony was held in the Italian Mill at the Museum of Making and was hosted by Nick Britten who explained how the 200 nominations had been assessed by five panels of judges before the winners were selected.

“We were absolutely over the moon to win not one but two awards for our ‘amazing contribution’ and it is recognition of all that we have done to breathe new life into Enthusiasm.

“We are particularly proud of Aaron who is one of a number of young people who received help and support from Enthusiasm and are giving back to the organisation by giving up their own free time to support others.

“It was an emotional and heart-warming evening seeing so many volunteers rewarded for their hard work – particularly during the pandemic. Our volunteers are the lifeblood of Enthusiasm and these awards are recognition for all of them.”

The children attending Enthusiasm are primarily drawn from Osmaston, Allenton and Alvaston with smaller numbers from Chellaston, Sinfin and Shelton Lock.

They are usually aged between 11 and 18 years old and are often referred to the centre by schools, police and other agencies if they are deemed to be at risk of exclusion, offending or anti-social behaviour, including the influence of negative peer groups and gangs.

“Being a volunteer has never been more important. The pandemic brought people and communities together and it absolutely showed what we always knew, volunteers have a vital role to play in supporting strong communities.

“Volunteers do so much, without them life would be much harder for many people in our communities. We don’t celebrate volunteers enough, so we wanted to say thank you. The Derby Volunteer Awards celebrate and shout about volunteering!”