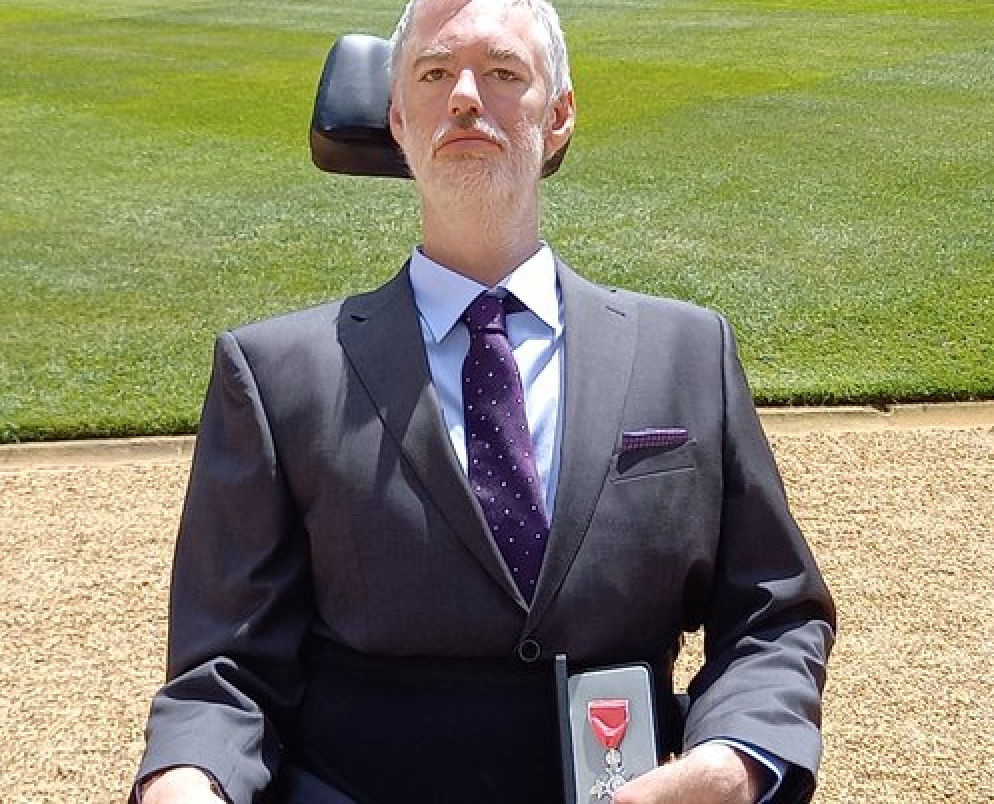 TRANSPORT for All Co-Chair of Trustees, Alan Benson, has this week been awarded an MBE for services to Public Transport for Disabled People. The award recognises Alan’s 12-year career in activism, his commitment to accessible transport, and the progress that has been made as a result of his work.

As a wheelchair user, Alan had long been familiar with the ways in which the transport system had failed disabled people, but when he was left stranded on a platform in the run-up to the 2012 Paralympic Games, he knew something more had to be done.

“I decided to go to a couple of meetings held in parliament and was involved with Channel 4’s ‘No Go Britain’ documentary. I was introduced to the then Campaigns Officer at Transport for All and the Director who persuaded me to join the Board of Trustees, and the rest is history.

“Nothing I’ve done in the last 12 years I’ve done alone. Everything I’ve done has been in partnership or with the support of other campaigners, organisations, charities, transport operators and allies. I wouldn’t have been recognised without the tremendous effort and results we have all achieved together. So yes, I’m the one being recognised with the MBE, but actually, this is a celebration of everyone who has worked with me over the years.”

Since joining Transport for All’s Board, Alan has overseen a number of highly influential campaigns, from the fight to make Crossrail accessible, to improvements to patient transport, to demanding that Access for All funding be restored to stations and many more.

“Often the most important work we do is changing attitudes, changing industry standards – because this is what results in lasting, widespread change. The campaigns I remember are the ones that make the greatest amount of change, even if they’re not obvious and even if most people won’t see them.

“What is frustrating is that there are repeated, systematic failures that everybody acknowledges, but that never seem to get addressed. We still have a long way to go to achieve equal transport for all.”

Caroline Stickland, CEO of Transport For All, said:

“We are immensely proud that the work of Transport for All’s Co-Chair has been recognised in the New Year’s Honours list, and that years of campaigning have brought us to a point where disabled people expect to say: ‘These are our streets, our buses, our trains, our lives, as much as they are anyone else’s.

“It is this progress that reveals how important the fight to make transport accessible really is, and how much can be achieved by activists like Alan.”