A 12-year-old boy is taking on a lockdown challenge to fundraise to help find a cure for brain tumours – the disease which is affecting his father.

William Priddy of Staines-upon-Thames, Middlesex, is running a mile a day until the end of March for the charity Brain Tumour Research and has already raised £1,500.

The youngster’s challenge came after his dad’s shock diagnosis with a cancerous brain tumour on Christmas Eve and a teacher encouraged him to “do something positive.”

William’s dad, Greg Priddy, a 44-year-old business account manager with Edgewell Personal Care, learnt he had a brain tumour after an MRI scan on 28 November 2020. Because of COVID-19, his wife Jo was unable to accompany him into the hospital and she was given the news by Greg himself on his mobile. 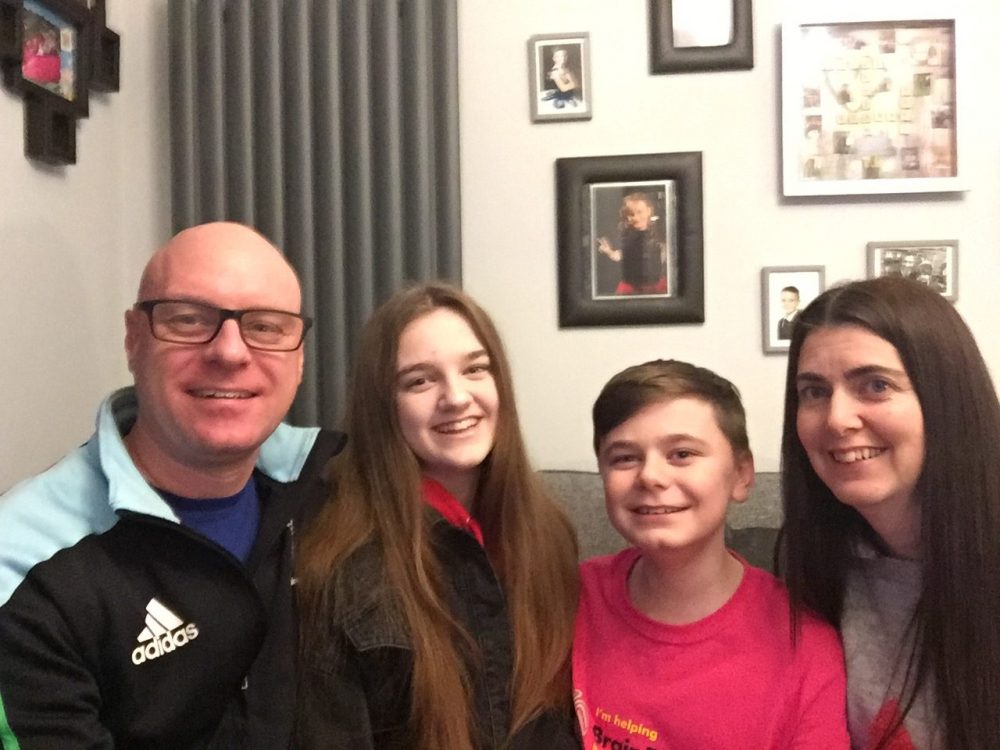 “Greg has always been very fit, running and working out every other day. And apart from some damage to the optic nerve in his right eye (Optic Neuritis) two years ago, there wasn’t anything to indicate something was wrong. But, on 11 November last year, I remember him finishing work and saying his head felt like it was going to explode. The next day, which was in fact my 40th, he was a bit moody and I put it down to tiredness. However, a week on, he started doing silly things like leaving the oven door open. I remember too waking up at 5am, freezing and finding Greg had left the front door wide open!

“A week later, I noticed he wasn’t able to walk in a straight line, appeared to be veering to the left while he complained of feeling unstable.

“I took Greg to A&E at St Peter’s Hospital and, having ruled out a stroke, he was referred to a neurologist and an MRI scan was booked.

“It was such a shock when Greg told me, after his scan, he was being kept in to have steroids administered intravenously straight away and that he didn’t know when he would see me again.

“Later, a neurologist told Greg he was being referred to St George’s in Tooting for a biopsy, which we later discovered revealed the tumour was a primary brain CNS lymphoma (PCNSL), located deep within his brain.

“It was scary and even terrifying, on Christmas Eve, to hear that Greg’s tumour was cancerous and, due to the location of the tumour in the brain, the risk of permanent brain damage in surgically removing it is too great. I sometimes question whether we are really living this or is it a nightmare I will wake up from?

“On the other hand, nothing seems to get Greg down, so after a few tears, I decided to pull myself together and crack on. We had a quiet Christmas – just our family of four, which includes our 15-year-old daughter Amelia. It was sad the children weren’t able to see their grandparents, but we had to be strict because Greg is shielding because of now being labelled as extremely vulnerable.

“A week later, on New Year’s Eve, Greg was transferred to St Luke’s Hospital in Guildford and told he would soon be starting chemotherapy. Unfortunately, this was delayed a week by COVID, but he is now due to start next Monday 25 January and will have to remain in hospital for five to seven days for each cycle, or until he gets to a certain marker in his bloods, before being allowed home.” 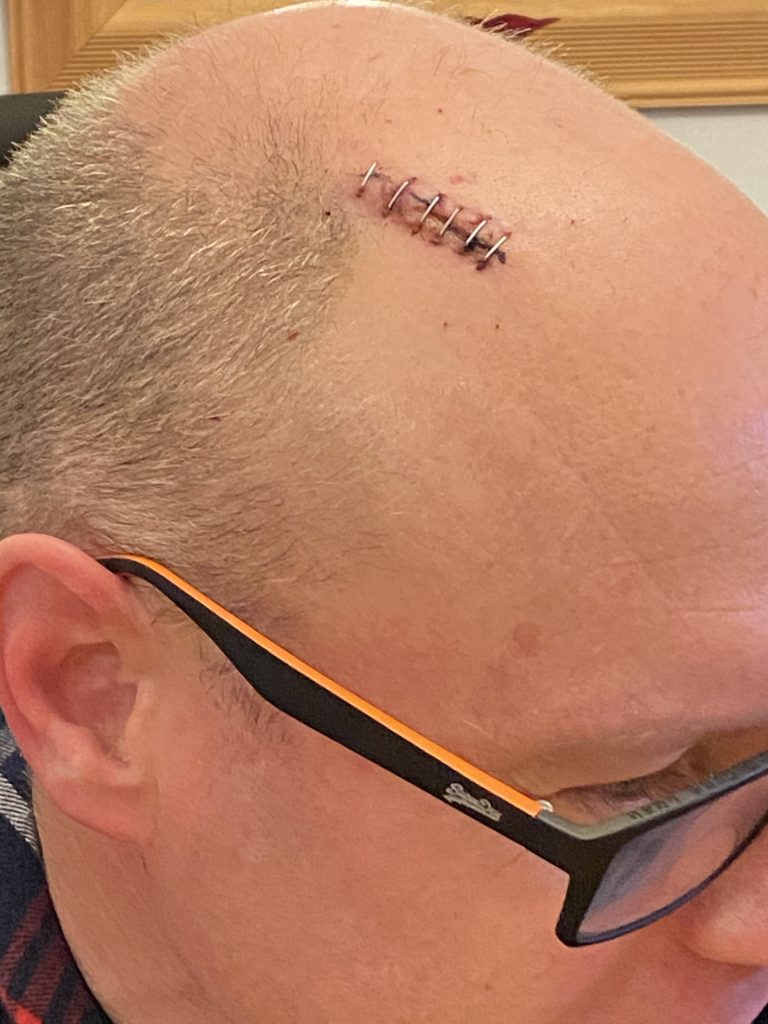 Meanwhile, William, a keen rugby player, started his fundraising challenge on 5 January – the first day of the national lockdown

“I am so proud of William and his determination to do something really meaningful. He originally started running 1 km a day, but has since upped it to 1 mile a day and is continuing right through until 31 March.

“He isn’t normally a runner, but being rugby-mad – he plays for the U13 team at The Magna Carta School in Staines, as well as Chobham RFC U13s – he is quite fit.

“William is so grateful to everyone who has donated to his fundraising page, many anonymously which has meant he hasn’t been able to thank them individually. Raising money for a worthwhile cause has really given William a focus.

“When Greg was diagnosed, it obviously had a profound effect on both of our children. William has always looked up to Mr Gallagher, his pastoral lead at The Magna Carta School. It was Mr Gallagher, who had helped William through a difficult period during the first lockdown when William had his own health issues, and we are really thankful that he has been able to rely on further support and encouragement from him again now.”

“Remember to try and do something each day that you enjoy; that you feel really positive about despite the coronavirus. And stay strong, William. Always stay positive.”

Just 12% of brain tumour patients survive more than five years compared with an average of 50% across all cancers, yet historically just 1% of the national spend on cancer research has been allocated to this devastating disease.

“We are really sorry to learn of Greg’s diagnosis and wish him all the best with his treatment.

“William’s lockdown challenge is so inspiring and what he is doing has obviously captured the hearts of his community, judging by all the donations. We are grateful to William and his family for their support and for helping to raise awareness.”

Brain Tumour Research funds sustainable research at dedicated centres in the UK. It also campaigns for the Government and the larger cancer charities to invest more in research into brain tumours in order to speed up new treatments for patients and, ultimately, to find a cure. The charity is calling for a national annual spend of £35 million in order to improve survival rates and patient outcomes in line with other cancers such as breast cancer and leukaemia and is also campaigning for greater repurposing of drugs.

To add your donation to William’s fundraising go to  https://www.justgiving.com/fundraising/William-Priddy1