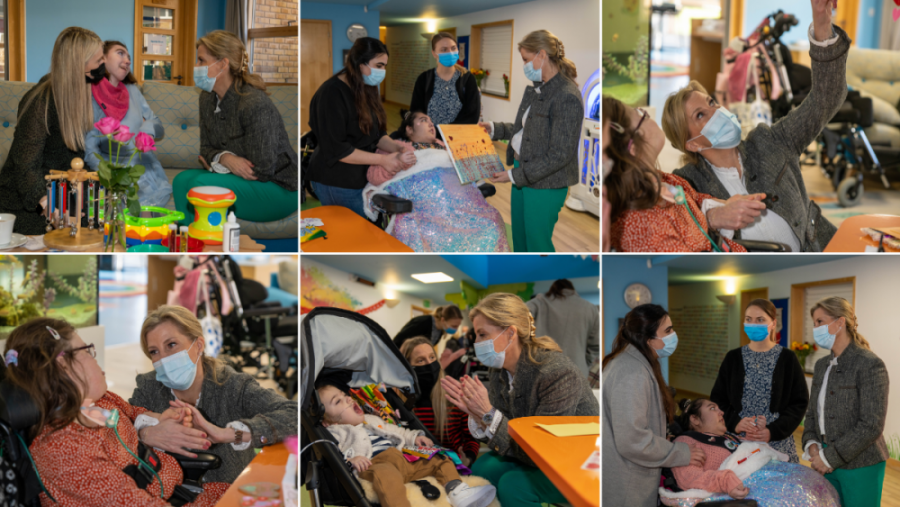 Her Royal Highness The Countess of Wessex enjoyed some Valentine’s Day inspired arts and crafts made by children and families supported by Shooting Star Children’s Hospices this week.

The Countess, who is Patron of the charity, visited the charity’s West London hospice – Shooting Star House in Hampton, which supports children, young people and their families with Outreach, Therapies and Family Support, and one of the two hospices run by Shooting Star Children’s Hospices. The leading children’s hospice charity supports around 700 families who have a baby, child, or young adult with a life-limiting condition or who have been bereaved across London and Surrey.

The Countess spent time talking to children and families supported by the charity and joined the children in the arts and craft activities to help create a ‘wall of love’ at the hospice.

The Countess was also entertained by children, families and staff who performed a special ‘Friendly Hands’ Makaton version of All You Need is Love. Makaton is a language programme using signs and symbols to help people communicate, which many of the children at Shooting Star Children’s Hospices and their families use.

“It’s really lovely to meet The Countess and see her interacting with the children, she’s so lovely with them and we had a really great afternoon with the other families too.”

In 2020, The Countess supported the charity during the pandemic, volunteering her time, helping staff and volunteers at two of Shooting Star Children’s Hospices’ charity shops in Weybridge and Hampton Hill.