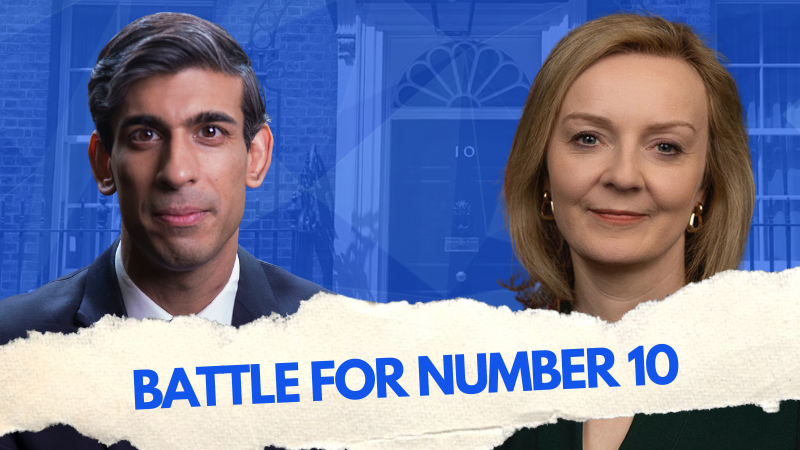 Rishi Sunak and Liz Truss have taken part in their first head-to-head TV debate as they campaign to become the next leader of the Conservative party—and the next Prime Minister.

The debate, hosted by the BBC, focused largely on their plans for tax, the economy and dealing with the cost of living crisis, as the final two contenders set out their reasons for why they should lead the country.

Fact-checking charity, Full Fact, has taken a look at some of their claims on these topics, including warnings about a recession and the cost of cutting taxes.

Full Fact will be continuing to cover the leadership contest in the coming days and weeks. For more on the previous debates, see Channel 4 and ITV debate analysis. The Institute for Fiscal Studies (IFS) has also written an analysis of Mr Sunak and Ms Truss’ tax and spending plans.

The debate saw a considerable focus on how much Ms Truss’s plans to cut taxes would cost.

Mr Sunak claimed that Ms Truss had promised £40 billion of “unfunded” tax cuts, and Ms Truss responded by saying this was “not true”.

While Mr Sunak didn’t give a source for the £40 billion estimate, the figure appears to come from an analysis carried out for the i by tax advisory firm Blick Rothenberg.

Other estimates do exist and are largely over £30 billion. The IFS has said that Ms Truss’s tax cuts alone would “cost more than £30bn – possibly considerably more”, depending on the precise details.

On the BBC Today programme on 21 July, Ms Truss was asked if her plans would cost £38 billion. She replied that the figure was “slightly high but it’s around that”.

However, Ms Truss also used the BBC debate to claim: “There is already headroom of approximately £30 billion in the budget”.

In March, in response to the Spring Statement, the Office for Budget Responsibility did say that there was £30bn of headroom against the fiscal targets. However, the rise in inflation since then may have affected this figure.

As mentioned above, the IFS has said Ms Truss’s proposed tax cuts may cost more than £30bn, and it’s said that without counteracting measures like cuts to overall spending “this would likely result in the current fiscal rules being broken”.

There are currently four fiscal rules set by the government, which constrain what it can do on spending and taxes. Ms Truss seemed to refer to one of these rules when she said in the debate that debt should be on course to fall as a share of national income in three years’ time. However, the IFS has also noted that Ms Truss has “hinted” that she may change the current fiscal rules.

Finally, Mr Sunak claimed that Ms Truss’s own economic adviser had said her plans for the economy “would mean that interest rates would have to go up to around 7%”.

Mr Sunak was referring to Professor Patrick Minford, who has been cited by Ms Truss as an economist who agreed with her plans to cut taxes.

It was reported that Professor Minford told the Times last week: “Interest rates have to go up and it’s a good thing […] A normal level is more like 5-7 per cent and I don’t think it will be any bad thing if we got back to that level.”

Will there be a recession?

Ms Truss claimed: “The OECD has described [Mr Sunak’s] policies as contractionary. That means it will lead to a recession.”

In an economic forecast summary for the UK published in June 2022, the Organisation for Economic Co-operation and Development (OECD) did indeed describe the current overall fiscal policy of the UK government as “contractionary”.

This kind of policy slows economic growth, but it does not necessarily mean that a country is heading towards a recession, which is defined as two consecutive quarters of negative economic growth.

The OECD’s update does not say that the UK’s current policy will lead to a recession. It states that “GDP is projected to increase by 3.6% in 2022, before stagnating in 2023”.

Later in the debate, Ms Truss claimed again that “we’re now predicted a recession”, but other forecasts on this are mixed.

In May, the Bank of England warned of a possible recession and predicted the economy would contract by almost 1% between October and December. But the Bank also forecasts growth at the start of 2023, which would mean we avoid two consecutive quarters of falling GDP (which is the technical definition of a recession).

The vast majority of the independent forecasts compiled by HM Treasury don’t predict a technical recession in Q2 and Q3 this year, though these forecasts don’t go beyond Q3.

The most recent overview of fiscal risks published by the Office for Budget Responsibility does however say the country is at risk of recession. And the National Institute of Economic and Social Research has forecast consecutive contractions in Q3 and Q4 this year.

It is true that the government’s existing plans, announced in March when Mr Sunak was still Chancellor, include a cut in the basic rate of income tax of 1p in the pound in 2024—by which point it will be 16 years since the basic rate was last reduced in April 2008. (The additional rate—for incomes over £150,000—was cut from 50% to 45% in 2013.)

However, there have been many other changes announced in the system of taxes and benefits that affect how much money working people keep, and receive, from the government. These include the rises in the National Insurance rate and threshold, and the freezing of these thresholds over the coming years.

Overall, talking about the effect on all people, whether working or not, the IFS says that the changes implemented by the current government so far have been “broadly progressive”, raising the incomes of poorer households and taking more in tax from richer ones.

The changes to come under the government’s current plans are also progressive, according to the IFS, taking much more in tax from richer households, but will amount to a tax rise overall.

“The high-inflation environment means that the freezing of income tax and [National Insurance contributions] thresholds is a much bigger tax rise than originally intended,” the IFS says.

Finally, Ms Truss also claimed with reference to Mr Sunak’s previous job that “this Chancellor has raised taxes to the highest rate for 70 years”.

This is broadly true. Recently, the overall tax burden was forecast to soon become the highest for 70 years in the wake of the National Insurance rise (though others claimed taxes would rise to the highest-ever level, the highest in peacetime, since 1950, or since 1969).

As Full Fact wrote at the time, these varying claims were all based on slightly differing estimates for the predicted and historic tax burden. But since then, the Office for Budget Responsibility has updated its forecast, and it estimates by 2023/24 taxes will account for 36% of GDP, the highest level since 1949.