Christmas in hospital made special by generous present donations 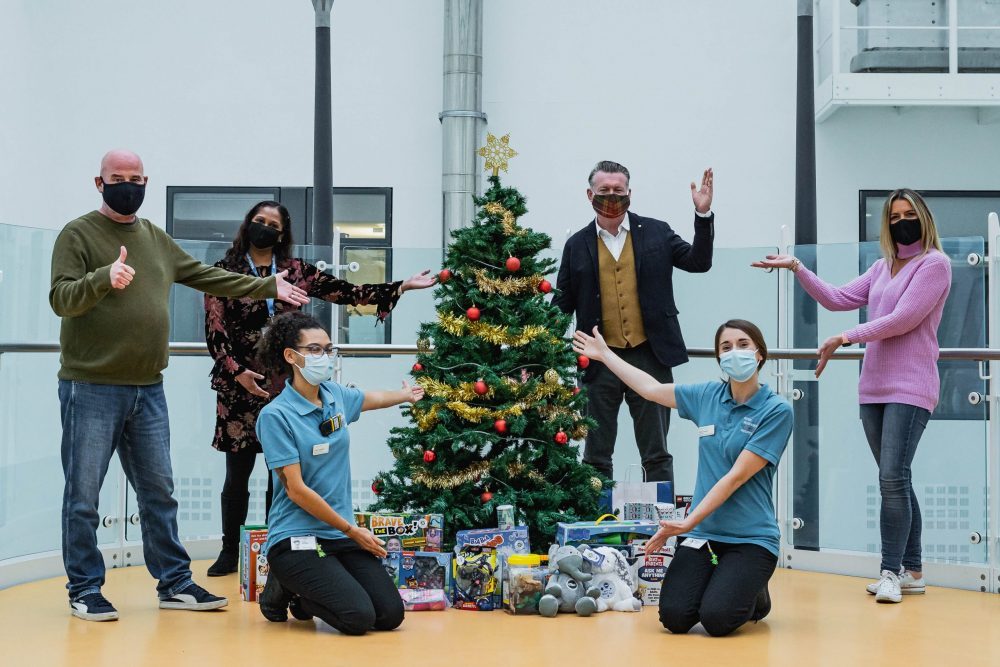 CHILDREN spending time in hospital got some early Christmas presents as hundreds of gifts are delivered to sick children throughout Sussex.

Since the beginning of December present collections have been taking place across the county with the aim of making the festive season a little more special for children spending Christmas in hospital.

In Churchill Square, in Brighton, the well-known Giving Trees have been in place for nearly three weeks with 388 gifts being donated so far by generous shoppers at the centre. The first batch of these was delivered to the Royal Alexandra Children’s Hospital with help from More Radio Breakfast presenter Jack the Lad.

“The work that Rockinghorse does to support the children of Sussex is incredible and I’m really happy to be able to help them to make children staying in the hospital a little bit happier this Christmas.”

Louise Williamson from Burgess Hill organised a collection point in Mabel’s Emporium in the town where, despite the lockdown in November, they managed to collect more than 200 gifts. Heather Holland, Director of Mabel’s, helped Louise set up a dedicated collection point in the store so that people knew exactly where to drop the gifts. 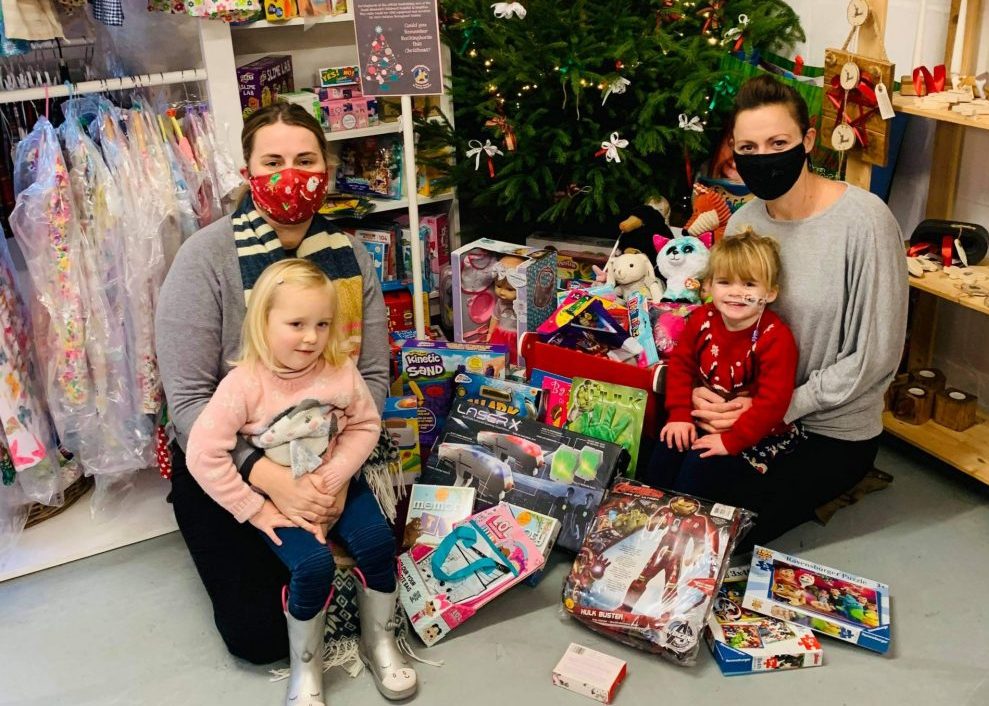 Louise explained why she wanted to help: “This is a cause that’s close to my heart. I’ve spent a fair bit of time in the hospital with both my children but especially my daughter Katelyn who has ongoing medical needs. We spent her first Christmas at the Royal Alex and they were incredible. They really did make a difficult situation the best they could, the staff are amazing, and the kindness really touched me. It’s because of this that I wanted to give little back to help make Christmas in the hospital a little easier and magical.”

Along with these public collections, there have also been some dedicated young supporters who organised their own donations to help children in hospital.

Lewis, 8, Lexi, 7 and Mikayla McDonald, 10, from Peacehaven decided to put together some gift bags for the young patents to enjoy. The family like to try and do something each year to help their local community and this year they decided on the gift bags to include fun things to do like colouring books, balloons, paper aeroplanes and pencils.

All the items were chosen by Lewis, Lexi and Mikayla whilst thinking about what they would like if they were in the hospital. As Lewis puts it: “I didn’t want anyone to miss out on Christmas” with Mikayla adding: “We wanted to make children’s experience in hospital better – we didn’t like to think of them being sad.”

Maxx and Louie Honhold aged 8 and 4, from Shoreham, also wanted to make sure that children spending time in hospital over Christmas would at least have something nice to open so decided to try and collect 100 toys.

As Maxx put is: “We decided to collect the toys so children can have a lovely Christmas” with his younger brother Louie adding: “I think it’s nice to make the children happy.” And that’s certainly what they did; they managed to smash their target and collect nearly 200 toys worth over £1,200!

All of the donated gifts are being distributed to hospitals and support services throughout the county including the Royal Alex and Trevor Mann Baby in Brighton, the Princess Royal Hospital, Special Care Baby Unit and Chalkhill Child and Adolescent Mental Health Unit in Haywards Heath, and Worthing and Chichester Hospitals.

Gayle Hernandez-Lopez from the Play Team at the Alex expressed her gratitude for all the gifts they have received: “Every year we are blown away by the support we receive from the local community and this year is certainly no exception. It’s been an incredibly hard year for so many people but the fact that there are still so many who are thinking of children in hospital over Christmas is just so heart-warming. We can never thank everyone enough, but we hope that each and every one of the people who have donated knows what a difference they have made.”

Rockinghorse has received hundreds of donations this year with the public being especially generous considering the difficult year that the whole community has had. Ryan Heal, Rockinghorse CEO, wanted to thank every single person who has donated: “We are usually really lucky at this time of year with lots of people generously donating gifts but this year it’s been even more special.

“Everyone in our community has been impacted by the virus in one way or another, so for those people to think about others when life is already hard enough is astonishing. We thank every single person who has donated this year and we’re looking forward to a great 2021!”

To find out more about the charity or to make a donation this Christmas, visit www.rockinghorse.org.uk or call 01273 330044.