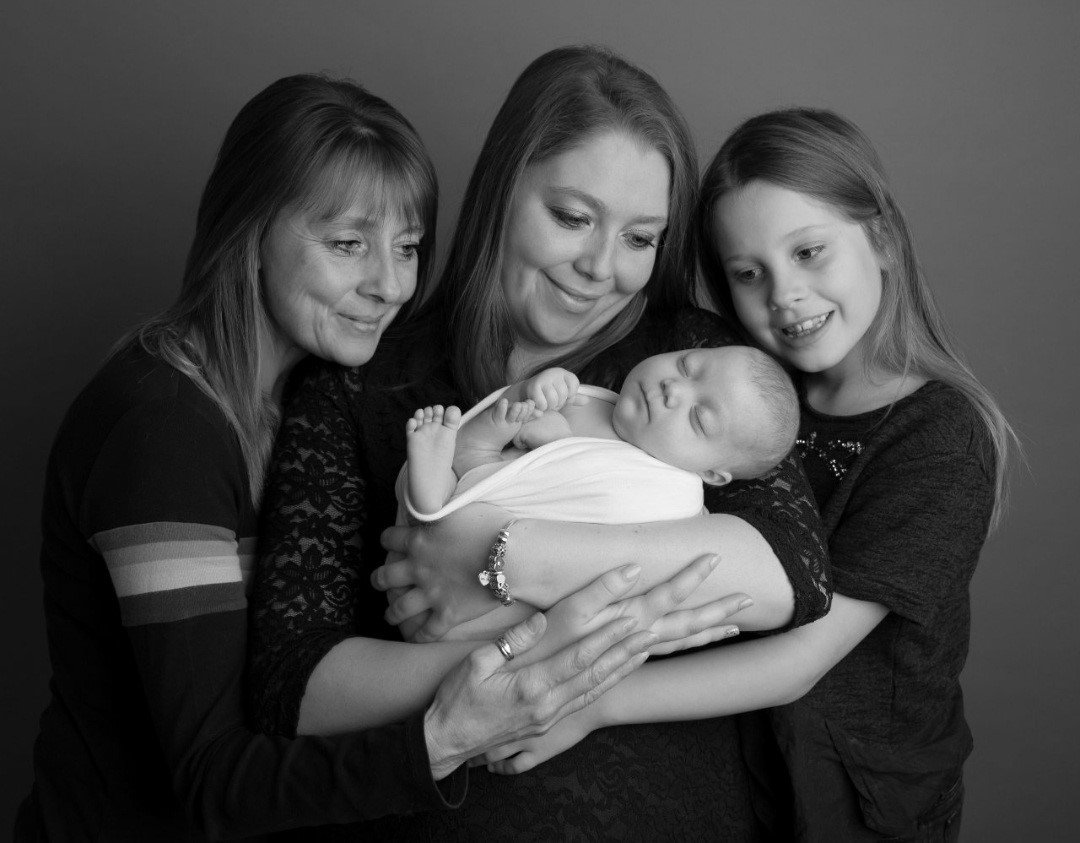 In 2018 Vicki, from Haywards Heath, went to a 16-week baby scan at her local hospital. Excited to welcome a little girl to her family of four, she was anticipating a happy and positive day. Instead, at the 16-week scan, Vicki received the devastating news that her baby girl had an occipital encephalocele, meaning that her skull didn’t fuse, so she had brain tissue and fluid leaking out of the back of her head.

“The doctors pretty much told us to terminate the pregnancy straight away and move on to the next one, but I wanted some more answers.”

Vicki was then referred to a specialist hospital in London, who confirmed the diagnosis and was informed that her precious little girl would likely pass away during the pregnancy or at birth.

“They told us that she had less than a one percent chance of surviving. And even if she did survive, she would be wheelchair-bound, she would never breathe, never see, never hear. But they also couldn’t guarantee that.

“I wanted to keep on going. I wanted that piece of paper that said when she was born, she was considered to have been alive and that no matter what happened – I would have got a cuddle. I had already lost a little boy previously at 21 weeks back in 2014. I wanted to fight for this baby.”

Due to Faith’s complex diagnosis, Vicki had regular appointments at a specialist hospital in London, having to travel up at least once a week. She described the pregnancy as a ‘secret life,’ not telling many people that she was expecting.

The family’s bereavement midwife then suggested a referral to their local children’s hospice, Chestnut Tree House, so they could explore their options for end-of-life care.

“I contacted Lucy, a Community Nurse at the hospice, who listened to our story and said that they were there to support us in any way. Whether Faith passed away at birth or if we needed end-of-life care, we wouldn’t just have a baby and have to walk away.”

The family then visited the hospice on a chilly Sunday morning with Lily and Logan, Vicki’s older children. 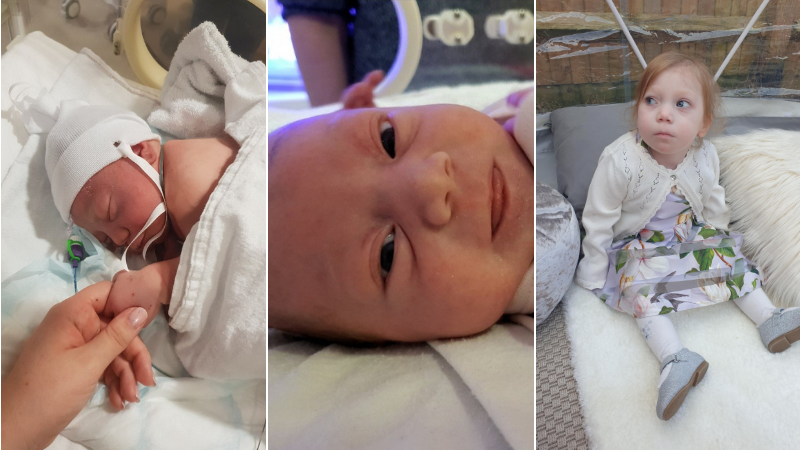 “I expected to walk into a hospital, and I thought there would be a dark cloud over the place. The word hospice conjures up a lot of thoughts. But you walk in there, and there is unbelievable comfort, it instantly felt like a home away from home.

“I remember saying; if we can get our little girl out of hospital for end-of-life care, let’s get her here as quickly as we can. We just felt safe.”

Faith was born at London Kings Hospital on Wednesday, 16 January 2019. Despite her obvious brain exposure, she defied all expectations and was born breathing, happy, healthy, and alive.

“We had a five-minute cuddle, and it felt like a lifetime. When you are not expecting to have a cuddle with a baby that is alive, it’s huge.”

To help with Faith’s brain exposure, she had to have a seven-hour surgical procedure at just 36 hours old.

“Faith has very complex needs; she is severely visually impaired, hearing impaired, is very delayed, has motor impairment, is tube fed and has daily seizures. No one dares to talk about Faith’s life expectancy because she has done amazing to even get this far. We can’t live every day like it is our last, but we almost have to because any day could be her last.”

In January 2021, Faith celebrated her second birthday. The family chose their favourite photos from every month of Faith’s life to celebrate all the magical memories they have created together.

“At least half of our favourite memories with Faith are all because of Chestnut Tree House, either at the House or at a community event.”

The family regularly attend events in their local community that they wouldn’t be able to go to without the support of their local children’s hospice.

“Funds aren’t unlimited when you have a child with complex needs, a lot of your time and money has to go on getting to medical appointments and new equipment, for example. We also never know where to take Faith, she gets sensory overload sometimes, but Chestnut Tree House help us find perfect events that Faith and the older children enjoy together. Because of their support, we have been to a sensory circus, a pantomime and even on the i360!

“And that’s the thing about Chestnut Tree House, they aren’t just there for Faith, they are there for the whole family too.”

Throughout COVID-19, Vicki and her family have continued to receive support from their local children’s hospice.

“We have received lovely care packages and visited the house for Annexe days. We have even had some support at home with our lovely nurses all dressed up in PPE!”

Lily, Faith’s oldest sibling, benefits from the sibling’s day that are run at the House, where she meets other siblings and makes new friends.

“Lilly met a little girl through Chestnut Tree House last year who is her age, but in a wheelchair and can only communicate through slight eye movement. She’s made friends with her and her sister, and they sit there having a laugh. It’s great for her to see that there are other families like us. It gives her people to talk to who understand, and it has given her a more positive outlook on life.”

When asked what life would be like without Chestnut Tree House, Vicki said:

“I don’t know. It would take away a big part of Faith’s quality of life; the swimming, the sensory room, everything, we couldn’t do that without them.

“If you’re thinking about fundraising for your local children’s hospice, then all I can say is thank you. Because of you, so many families like us have a lifeline. They have a break, and having a break isn’t a normal part of life for families like us. Because of you, we are not always in hospital surrounded by machines, we are somewhere that feels like home. And that is massive.

“Even during the pandemic, Chestnut Tree House has provided unbelievable support to our family, and I am so grateful for everything they have done for us and continue to do for our family.”