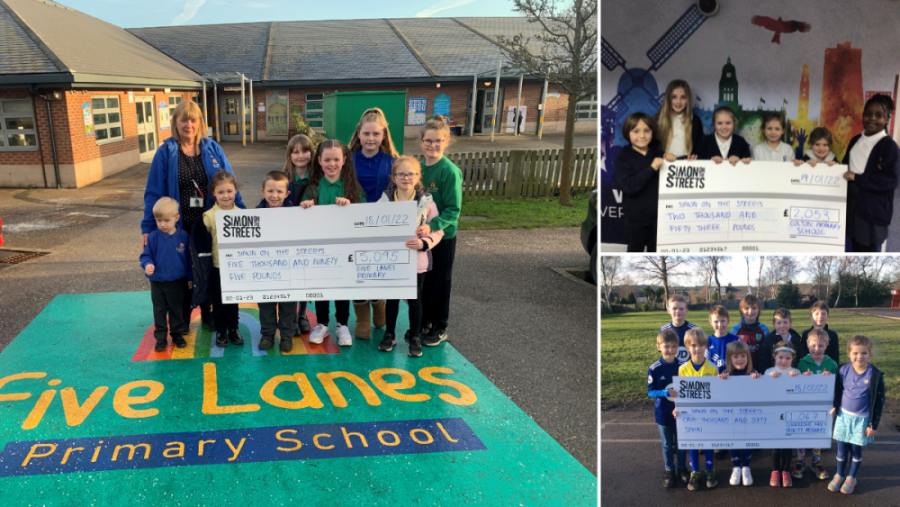 PRIMARY school children across Leeds schools have raised £10,393.74 for local homelessness charity, Simon on the Streets by taking part in a fundraising event with a difference.

Almost 3,000 pupils aged 3-10 years old took part in an ‘Elf Run’ around their schools and local areas dressed as Christmas elves in support of the charity last December, running, skipping, and walking thousands of miles for the charity.

Simon on the Streets which helps rough sleepers across Leeds, Bradford, and Kirklees through outreach work offering practical and emotional support has been blown away by the funds raised by the young supporters.

Charity representatives also visited each school to teach the young students about the realities of homelessness and how they can help during school assemblies.

Leah Charlson, fundraising manager for Simon on the Streets commented:

“The school children were so engaged during our assembly talks, and they’ve clearly been inspired to raise as many funds as possible as part of their festive fundraising efforts! We’re so grateful to have these young supporters raise thousands to support our work and we look forward to getting more schools involved to make Christmas 2022’s Elf Run even bigger!”