Children dying at ‘astonishing rate’ due to lack of surgery 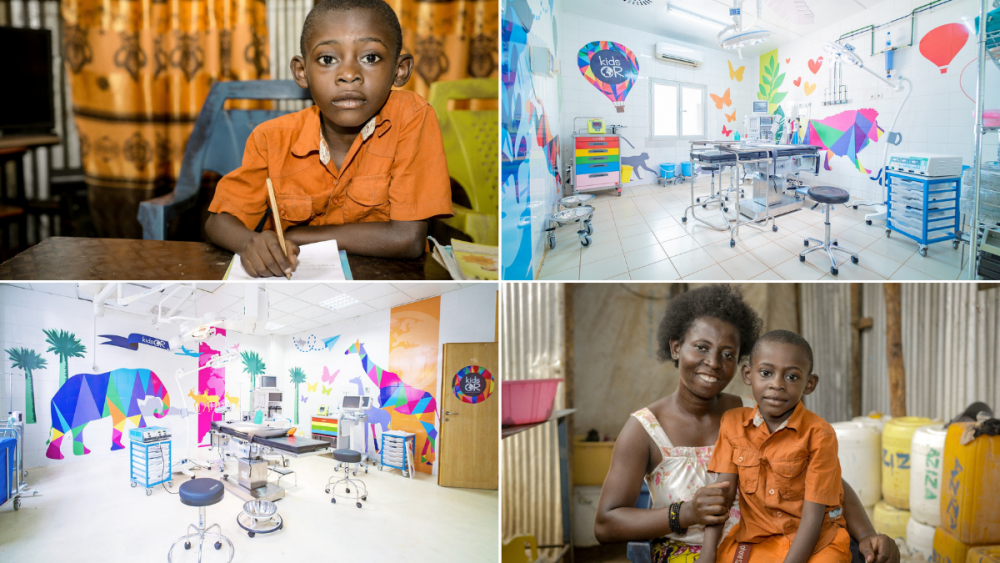 A Scottish charity campaigning to improve children’s access to surgery in some of the world’s lowest-income countries has issued its first global report, which highlights the shocking scale of the issue.

The research published by Kids Operating Room (KidsOR) found 1.75 billion children (around 9 in every 11 children globally) don’t have access to safe surgical care should they need it and each year 54 million additional children need surgical procedures that are not available.

The charity’s report, ‘The Unmet Need of Children’s Surgery in 2022’, was compiled with research partners at the University of California San Francisco (UCSF) and data collated by the KidsOR team based within partner hospitals throughout low- and middle-income countries (LMICs).

The research found that 87% of children who cannot access surgical care live in LMICs, the average distance travelled to access surgery is 200km (with some children travelling for up to five days) and that in 33 African countries there is a critical shortage of health workers.

“A genuine transformation in global health is crucial. For a huge portion of the world’s children, a broken leg represents a lifelong disability – and appendicitis is a death sentence.

“All children around the world should have access to the timely, life-saving care they deserve. Sadly, this report shows we remain a long way away from equitable access to safe surgery for children.”

In LMICs, health systems suffer from a lack of resources, low numbers of specialist trained staff, poor funding and a lack of specialist equipment, all impacting on children’s access to safe surgery.

The report highlights inequality in accessing surgical care, stating: ‘Where there are surgical care systems in place, adults often take priority, which leads to long wait times and delayed treatment for children. In the areas where surgical care systems are lacking, children are dying unnecessary deaths or, at best, are all-too-often left to live with a surgically treatable and debilitating condition.’

Surgery for children not only has an impact on the population’s health but has a great benefit to the country’s economy. When a child has a lifesaving operation or an operation that takes away years of disability in their life, that allows the child to stay in school and grow up to contribute to their nation’s economy.

The report shows that the average economic benefit to a country in which KidsOR Operating Rooms are situated is $31,097 per operation, depending on the severity of the surgical condition, the number of years the child will contribute to the economy as a healthy person and the average life expectancy of the country.

Surgical disease has been neglected by global health interventions that for decades have focussed on communicable diseases and short-term medical missions, said the report. Fragile health systems need to be strengthened to remove barriers to surgical care but this has been systematically ignored by the largest funders of global health aid.

“Through universal access to safe, timely and affordable surgery, we could avoid preventable death and disability for millions of children and promote economic growth.

“However, due to lack of awareness, lack of political will and lack of financial support, surgical care is not systematically addressed in most local and global health programmes.

“In addition to better investment, surgical care systems need to have the attention of global health actors worldwide and be on the political negotiating tables. This attention, however, needs to go beyond rhetoric and embrace a true and synchronised global response including funding commitment.”

The report goes on to detail that the health workforce is a critical building block for strong and efficient health systems, which correlate directly with positive health outcomes. However, the World Health Organisation estimates there will be a shortfall of 18 million health workers by 2030, mostly in low and low-middle income countries that are already experiencing a critical shortage of human resources for health.

“Globally, children are dying at an astonishing rate because they cannot access the safe surgery they need. These are preventable deaths but without change, the international community will be perpetuating a situation where the poor rely on the rich and, worse, the poorest will be prevented from ever accessing the care they need to achieve their potential.

“If we have learned anything from the global pandemic it must be that health is a global activity in which we are all engaged and we need to reshape global health by focusing on health system strengthening.

“Training local surgeons and investing in high-quality surgical infrastructure strengthens healthcare systems. As we have shown in this report, it allows nations to start moving towards independent delivery of care for their children. It proves that aid is not an inevitability and it lets local doctors see the patient, not the disease, and provide the full care they need, as well as achieving the ultimate goal of health for all.”