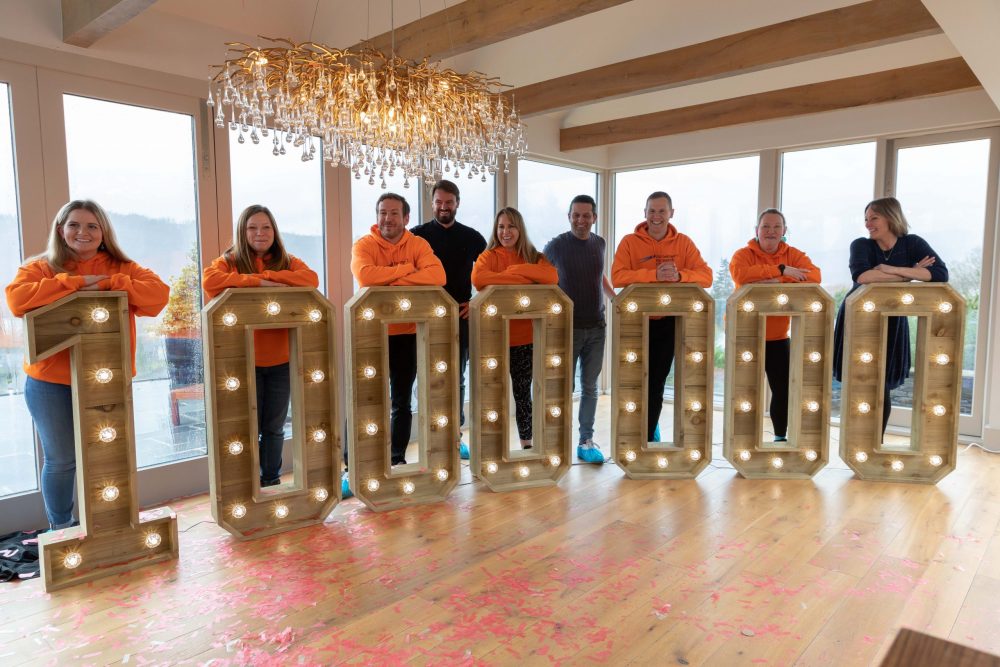 ALZHEIMER’S Research UK is celebrating its successful campaign with the fundraising platform, Omaze UK after the charity received £1,000,000 from the Lake District million-pound house draw.

The amount raised will make a huge difference to Alzheimer’s Research UK and the charity’s vital work to bring an end to the heartbreak of dementia.

Spanning over three months, the campaign benefited Alzheimer’s Research UK in multiple ways, at no cost to the charity. Targeting their largest cold audience yet, brand positioning grew as they appeared on TV adverts between the nation’s most popular programmes – on a scale the charity has never been able to afford – including Good Morning Britain, Lorraine, and Gogglebox.

Capitalising on the prize draw, Alzheimer’s Research UK used their external communication platforms to attract new supporters, gaining 1,500 new subscribers to its newsletter. Over 1,000 people who visited Alzheimer’s Research UK’s website clicked through to purchase a ticket, resulting in over £13,000 of sales, and an additional £31,300 worth of sales were made from direct emails sent to the charity’s existing database. On social media, Alzheimer’s Research UK’s posts about the Omaze UK prize-draw leftover 150,000 impressions combined.

This was the seventh Omaze Million-Pound House Draw in the UK and brings the total raised for good causes to £4,750,000. 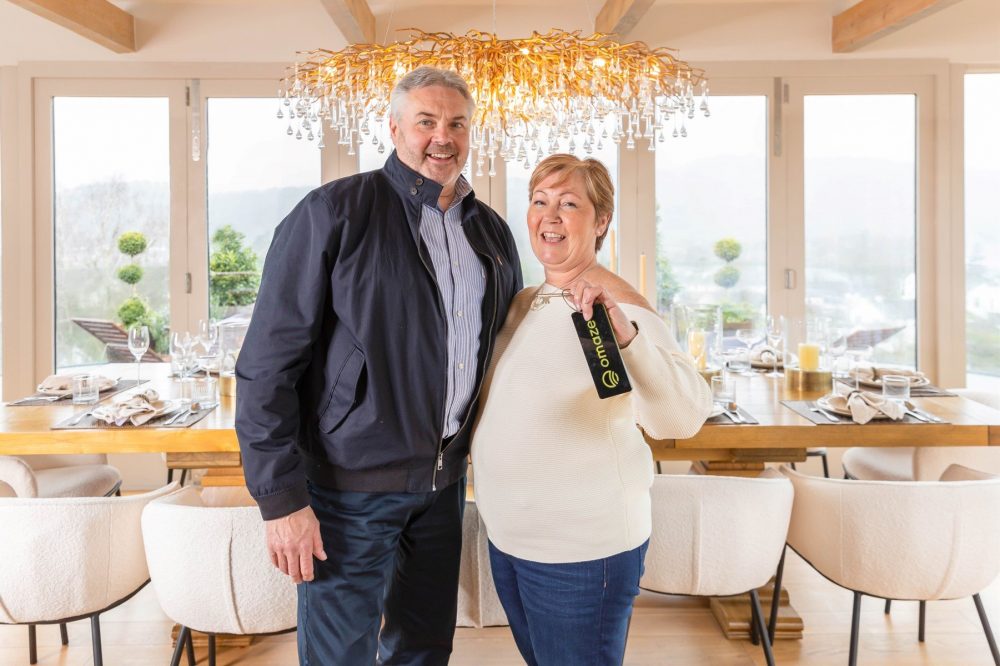 As well as making Catherine and her family millionaires, the draw also raised crucial funds for groundbreaking dementia research. In the UK today, dementia is one of the leading causes of death and the greatest medical challenge scientists are facing. One in two people knows someone affected by dementia and one in three people born today will develop dementia in their lifetime unless we bring about life-changing treatments.

“By working with Omaze UK, we were able to raise a substantial amount of money at zero risk and zero cost to Alzheimer’s Research UK. We benefited from the high-profile marketing campaign behind the prize draw, which saw Alzheimer’s Research UK feature prominently on television and social media, helping to raise awareness of the need to find life-changing treatments and reach an untapped source of funding from those who do not usually donate.”

“I first got involved with Alzheimer’s Research UK shortly after I lost my father to Alzheimer’s disease. The work the charity does is incredible, and the £1,000,000 raised by this Omaze UK draw will make a dramatic difference.”

“At first, we didn’t believe it as it was April’s Fools’ Day. We thought the kids were playing a prank on us, but then we realised we actually had won and were totally gobsmacked! We didn’t know how to celebrate as we were both in shock, I don’t think either of us slept a wink that night!”

“We’re delighted that Catherine has won her dream home – and was able to contribute to this fantastic £1,000,000 raise for Alzheimer’s Research UK in the process. Omaze is a win-win for both charities and entrants. By offering an incredible prize like this stunning house in Lake Windermere, we gave people the chance to win the house of their dreams, while also introducing the charity to audiences they wouldn’t usually be able to reach. This method of fundraising is helping to make a big difference to causes all around the UK.”

The eighth house draw is a six-bedroom, £3,500,000 house in the Cotswolds, to raise vital funds for the RSPCA. Draw entries are now available at www.omaze.co.uk. The draw closes on 5 June 2022 for online entries and 7 June for postal entries.