Charity looks ahead to 2021 after weathering 2020’s “perfect storm” 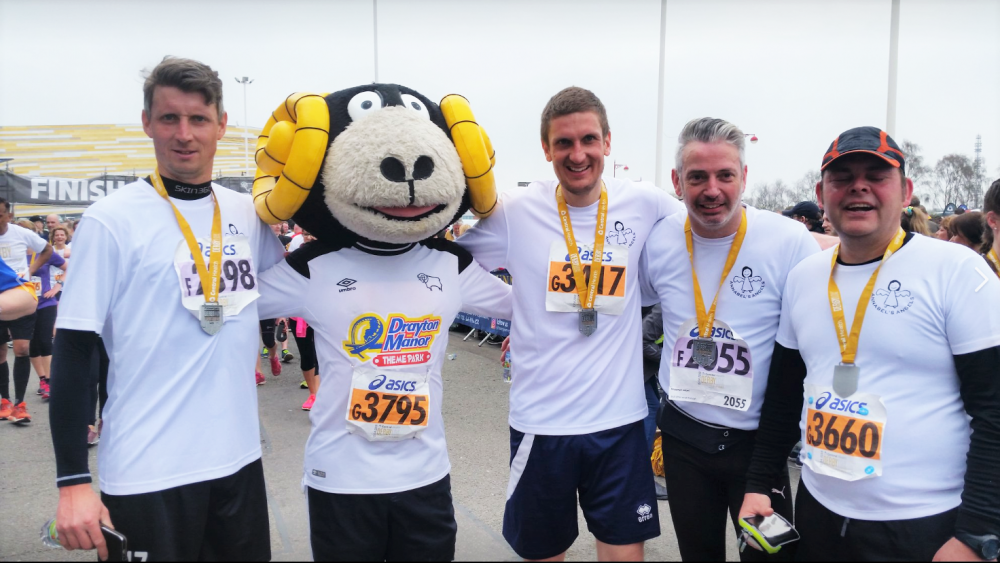 VOLUNTEERS at a Derby cancer charity say they are counting down the days until they can return to face-to-face fundraising after battling through a “perfect storm” of challenges during 2020.

Annabel’s Angels, which raises money in order to give grants to local families who are living with cancer and struggling to make ends meet, says that the coronavirus lockdown forced it to significantly change the way it went about its business at a time when its help was needed more than ever.

This is less than the £25,762 it handed out the year before – a result, it says, of a drop in applications during February and March as the pandemic took control and a previous decision to lower the maximum amount handed out from £500 to £300.

Simon Hancox, chairman of Annabel’s Angels, said that those two months set the pattern for the rest of 2020, with the ongoing pandemic dramatically affecting the number of applications and charity’s ability to raise money.

Annabel’s Angel’s distinctive logo has become a familiar sight on the back of official T-shirts issued to people taking part in road races such as the Derby 10 Mile of the half marathon, a legacy of its reliance on using large-scale sporting events in order to raise money.

Last year’s lockdown saw the cancellation of all of its key fundraising events, leaving Annabel’s Angels with the task of having to find new ways to bring in money.

In response, it applied for and received grants from a number of funds, including the Martin Lewis Coronavirus Charity fund and Foundation Derbyshire.

It also continued to benefit from the generosity of a host of individual donors and local companies who followed in the footsteps of M&S in Ilkeston, Derby Freemasons and the Bereavement Services team at Derby Crematorium, who all handed over a combined £15,700 during 2019/20.

Mr Hancox said: “Ever since we set the charity up, we wanted to be a positive force that was very much in the public eye, which is why so much of our fundraising has involved taking part in sporting challenges out in the community.

“This report shows how we’d entered 2020 in excellent shape before so much of what we do was taken away from us, meaning that, while we were incredibly fortunate to receive donations from so many wonderful people and companies, we also applied for grants, which is something we had never done before.

“It was a perfect storm, really, and with so many charities in a similar situation to us, the money we received was a lifeline, not just for us but for the families who have come to us in their hour of need.

“We have agreed to continue to apply for grants so that we can continue our work, but if we have one wish for 2021 it’s that we can return to the kind of fund-raising that we most enjoy and which helps to make being involved in Annabel’s Angels so rewarding.”

Annabel’s Angels was set up in 2014 in memory of Derby mum-of-three Annabel Hancox, who died of secondary breast cancer in 2012 at the age of 40.

After she died, her family discovered that she had built up an online community of friends who she had been supporting as they underwent their own cancer treatment and they decided to set up a charity in her name, in order that her generous spirit would live on.

Between April 2019 and March 2020, the charity answered the call of 68 families asking for help to pay for food, fuel or white goods, and Mr Hancox says that it is currently dealing with an increase in applications, with 95 grants having already been handed since April last year.

To find out more about Annabel’s Angels visit www.annabelsangels.co.uk