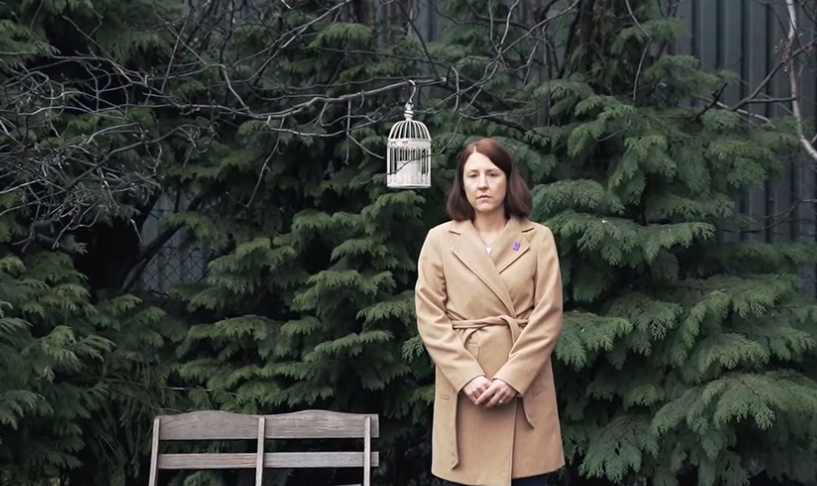 THE charity Sepsis Research FEAT has launched a new Christmas campaign featuring the stories of sepsis survivors in order to help people learn the symptoms of sepsis and save more lives.

Approximately 50,000 people die from sepsis every year in the UK. Sepsis occurs when the body’s response to an infection spirals rapidly out of control, injuring its own tissues and organs which can result in multiple organ failure and death.

Sepsis Research FEAT’s Christmas campaign features supporters from across the country who are sharing their sepsis stories so that more people become aware of the symptoms and why it is vital to seek urgent medical attention if you spot them in yourself or a loved one. The charity is also inviting others who have experienced sepsis to get involved by sharing their own stories online.

As the UK’s only charity dedicated to funding research into sepsis while working to raise awareness, Sepsis Research FEAT understands the importance of increasing everyone’s knowledge about this deadly condition. If people are able to recognise the signs and symptoms of sepsis, they can quickly seek the correct medical help and improve their chances of recovery. For every hour treatment is delayed, a person’s chance of survival reduces by over 7%.

The 5 key symptoms of sepsis are:

Sepsis can be hard to recognise and diagnose because, in its early stages, it can have similar symptoms to common winter conditions like the flu and chest infections. However, if someone has 2 or more of these symptoms, becoming progressively or rapidly worse, this indicates sepsis and urgent medical attention should be sought.

It can also be hard for people with sepsis to spot the signs as their health may deteriorate rapidly and they could become confused. Sepsis Research FEAT is urging people to look out for their family and friends this Christmas and seek medical attention on their behalf.

“It is vital that everyone knows the symptoms of sepsis so they can seek the correct medical treatment in time. Sepsis is an indiscriminate, deadly condition that can kill a healthy adult in a matter of hours. Because the symptoms are sometimes similar, cases of sepsis can be mistaken for the flu, particularly around Christmas and the winter months when flu is more common. The difference is that these symptoms worsen rapidly when sepsis is the cause. The most important thing is to react fast and seek urgent medical attention as this can improve the chances of survival.

“We are incredibly grateful to our supporters for sharing their stories this Christmas to help others learn more about sepsis. Our Christmas campaign celebrates these sepsis survivors who were fortunate to have been diagnosed early enough and whose treatment was successful. At the same time, we remember the many people whose lives have been lost to sepsis and so our charity and supporters fight on in their name to continue to raise awareness and fund vital research.

“Please join us this Christmas by spreading the word about sepsis and how to recognise the symptoms. If you have personal experience of sepsis then please consider sharing your story online using #StopSepsisNow. You can also take part in fundraising to support us in continuing our work to raise awareness of the devastating impact of sepsis and to help save lives this Christmas.”

A number of sepsis survivors are sharing their stories as part of Sepsis Research FEAT’s Christmas campaign. They include:

Walter Hall from Lewes in East Sussex was a healthy 16-year-old and looking forward to Christmas when he started feeling ill on 23 December 2017. But what he initially thought was the winter flu was in fact sepsis arising from swine flu and, by the time he got to the hospital on 24 December, he was about six hours away from losing his life. Fortunately, he received life-saving treatment at the Royal Alexandra Children’s Hospital in Brighton and was discharged on New Year’s Eve.

Kimberley Bradley from Portobello, Edinburgh, contracted sepsis in April 2019 after taking unwell following a family walk on the Easter Weekend. Thanks to her husband Nathan who insisted on calling emergency services, she was taken to hospital and her life was saved. However, she has undergone considerable treatment as a result of sepsis, including being in an induced coma for eight days, surgery to amputate her toes and dialysis for her kidneys. Over two years on, Kimberley is still receiving treatment.

Mike Mahoney from Rochdale started to feel ill during the week leading up to Christmas 2018 but, as managing director of his own company, put it down to having to work long hours and stress. On Christmas Day his symptoms worsened and he was taken to the Royal Oldham Hospital in the early hours of Boxing Day where he was diagnosed with sepsis. Mike remained in hospital until 4 February and survived respiratory failure, pneumonia, kidney failure, repeated heart attacks and being in a coma for almost four weeks after contracting sepsis. He is still receiving treatment.

Adam Stephens, a 32-year-old American football player and coach from Liverpool, contracted sepsis in February this year. He originally thought he had norovirus but his condition worsened dramatically and he was admitted to intensive care. He was told by doctors that if he had arrived at hospital a couple of hours later then he ‘would be dead’. After a few days on the ward with physiotherapy and a lot of medicines and pain relief, Adam was discharged but it was a slow recovery as he still needed to use a Zimmer to get about with help from his parents. Adam was recently able to return to coaching and playing American football.