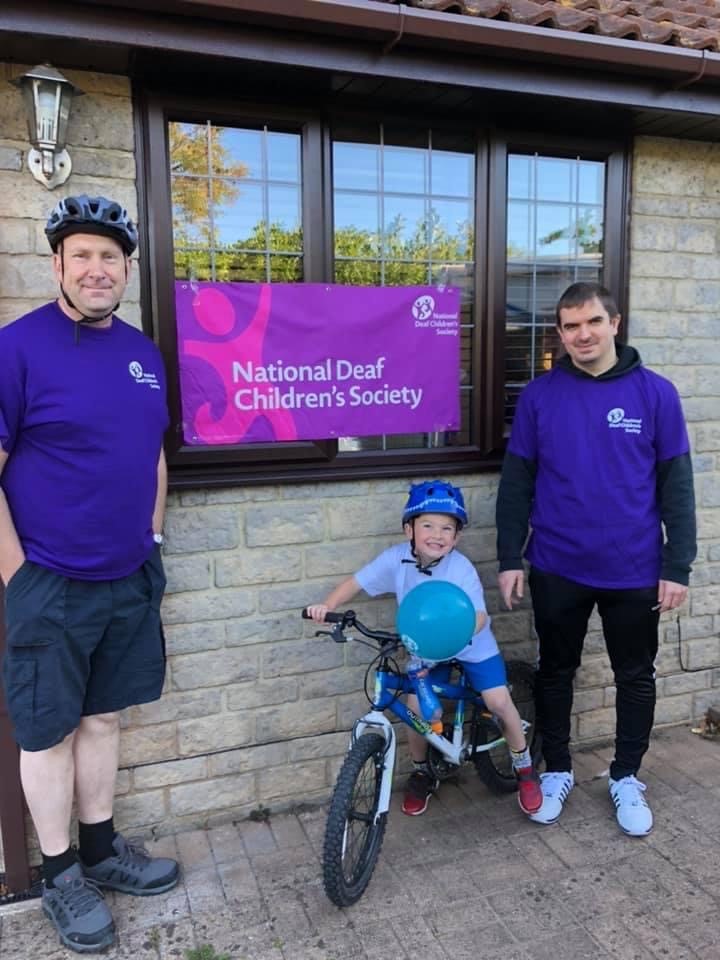 As part of UK Charity Week‘s Celebration Of Charity, we are today celebrating Deaf Oldland Common resident Oliver Godfrey, 6, who cycled an eight-mile stretch of the Bristol and Bath Railway Path for the National Deaf Children’s Society.

Oliver was accompanied on his ride by his dad Dan Godfrey and grandad Keith Smith. The family team completed the distance in a time of just one hour and 10 minutes.

Oliver, who became deaf at the age of three after contracting mumps, donated all the money he raised to the National Deaf Children’s Society, which supports the UK’s 50,000 deaf children and their families. The charity has supported Oliver and his family since his diagnosis in December 2017.

Oliver has so far raised £1,223 for the National Deaf Children’s Society, smashing his target of £500, and is hopeful of more donations to come.

“It was great fun, can I do it again? I love cycling, and during the summer I cycled miles so wanted to do this as a sponsored cycle to raise money for deaf children. With the money we raised, we can help lots of deaf children.”

“Oliver really enjoys cycling. It’s a sport which he can do with his hearing aids in, without worrying they will get knocked out or having to remove them like he has to whilst swimming.

“We were overjoyed when Oliver said he wanted to do a sponsored cycle for the National Deaf Children’s Society because they were such great support to us when we found out Oliver had lost his hearing. Their helpline was amazing, offering us help and advice, and their events allowed us to meet others and gather more information and support in assisting Oliver.”

“I want to say a huge thank you to Oliver and Dan and Keith for taking on this fantastic fundraising challenge for the National Deaf Children’s Society. It was a truly awesome achievement!

“It’s through wonderful efforts like this that we can keep on doing what we do, supporting the 50,000 deaf children and their families across the UK, now and into the future.”