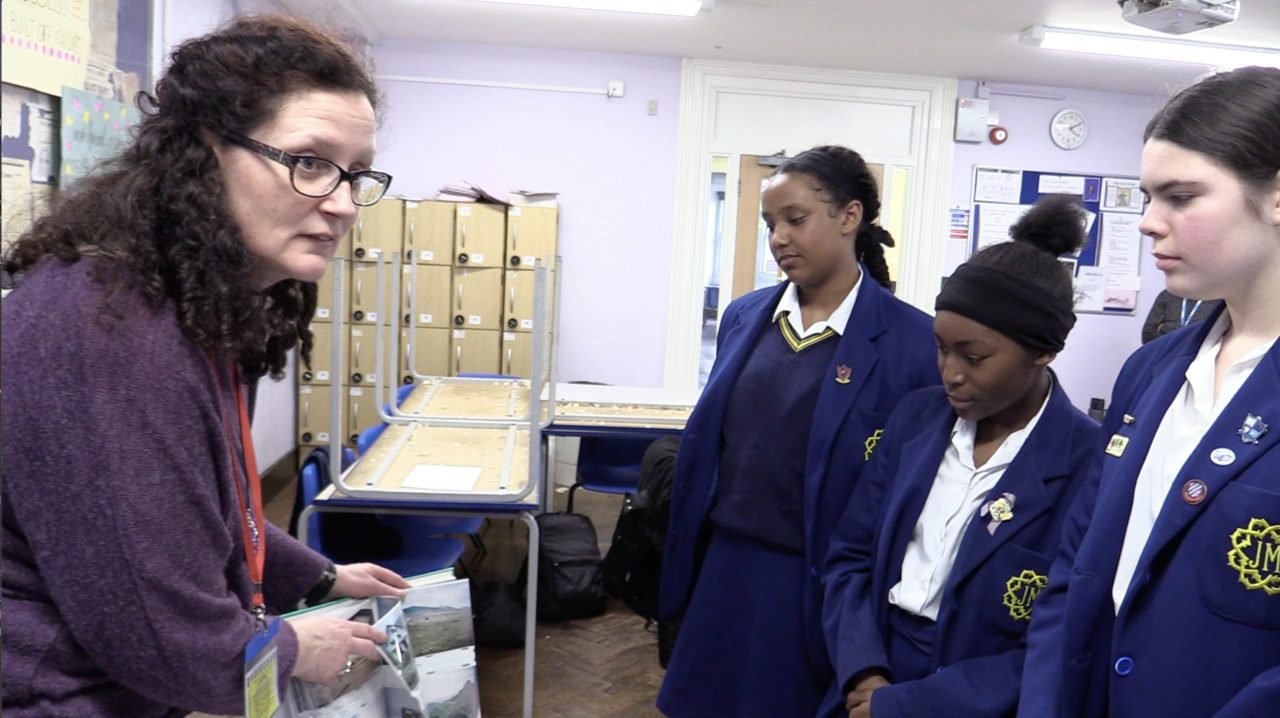 AGE Exchange – a reminiscence arts charity based in South East London has teamed up with the UK’s charity for veterans’ mental health, Combat Stress, alongside The National Army Museum, and four local schools to create a series of powerful educational resources, exploring mental well-being through the experiences of military veterans and their families.

In 2019, Combat Stress marked its centenary by partnering with Age Exchange to carry out a veteran-led programme of activities that aimed to further raise the profile of mental health and to de-stigmatise mental illness. The centenary programme included: a film made by veterans about their military service and experience of PTSD and other mental health conditions, a podcast series, a centenary publication, and a series of school projects.

The school projects enabled pupils from four London-based secondary schools to work with veterans and hear about their personal experiences of military service, combat, trauma and treatment. Pupils also heard from the families of veterans living with PTSD and how their condition impacted upon partners and children.

When exploring the veterans’ stories, powerful discussions opened up amongst the students around how they could relate to the veterans’ experiences in their own ways and through their own experiences of mental health, for example, the effects of bullying, experiencing grief etc.

Inspired by the reminiscence pieces created by the veterans and their families, the pupils worked with Age Exchange, Combat Stress and the National Army Museum, to produce a powerful educational resource.

Partway through the project, the pandemic struck, and the remaining workshops and the creation of the resource had to be carried out via online video calls. However, the pupils continued to work hard and the content that they created now holds even more resonance than before, with many people around the world experiencing the effects of mental wellbeing impacted by the lockdown.

The digital resource is made up of predominantly audio clips in which the students recite veterans’ stories as well as their own imagined works exploring topics such as PTSD and moral injury, alongside original content created by the veterans.

Created to provide inspiration for schools who are planning projects that promote mental wellbeing in education, the resource is now available on the National Army Museum website, meaning that it can be accessed by thousands of schools across the nation.

“The aim of this project was to give veterans a platform to share their experiences, raise awareness, and further destigmatise mental illness. It was extraordinary to see the veterans sharing their stories with the pupils and to hear discussions take place on really important topics around mental health. The connections that they made and the ways in which they opened up to one another was just remarkable.

“I think we have produced a really powerful tool for exploring mental health and wellbeing. We are incredibly grateful to the school pupils for working with us on this project, and to the National Army Museum for sharing this on their website – hopefully, the resource will now reach more schools across the country and encourage even more discussions to take place that will ultimately help further destigmatise mental illness.”

“Veterans who courageously shared their story for the Combat Stress 100 project, did so in the hope that it will increase public understanding of how military service can affect the mental health of servicemen and women, to inspire others to follow in their path and seek mental health support, and to help to break down barriers to seeking help.

“The school’s resource is a fantastic element of the project, and by introducing a new generation to personal experiences of military service, combat, trauma and treatment, we hope to help them to better understand mental health and wellbeing and feel able to talk about it openly and freely.”

Davina Hockham, an Army veteran who was trained to conduct some of the interviews, and who took part in the schools project, said:

“We want them to understand how war zones and other places with extreme levels of hostile threats can take a devastating toll on those of us who serve. Trauma changes you. You become a different person from who you were before you went to these very dangerous places, and as a result, a lot of us in the film lost our family, home or career. We need people to understand what we go through and how, with Combat Stress’ help, we can overcome it.”