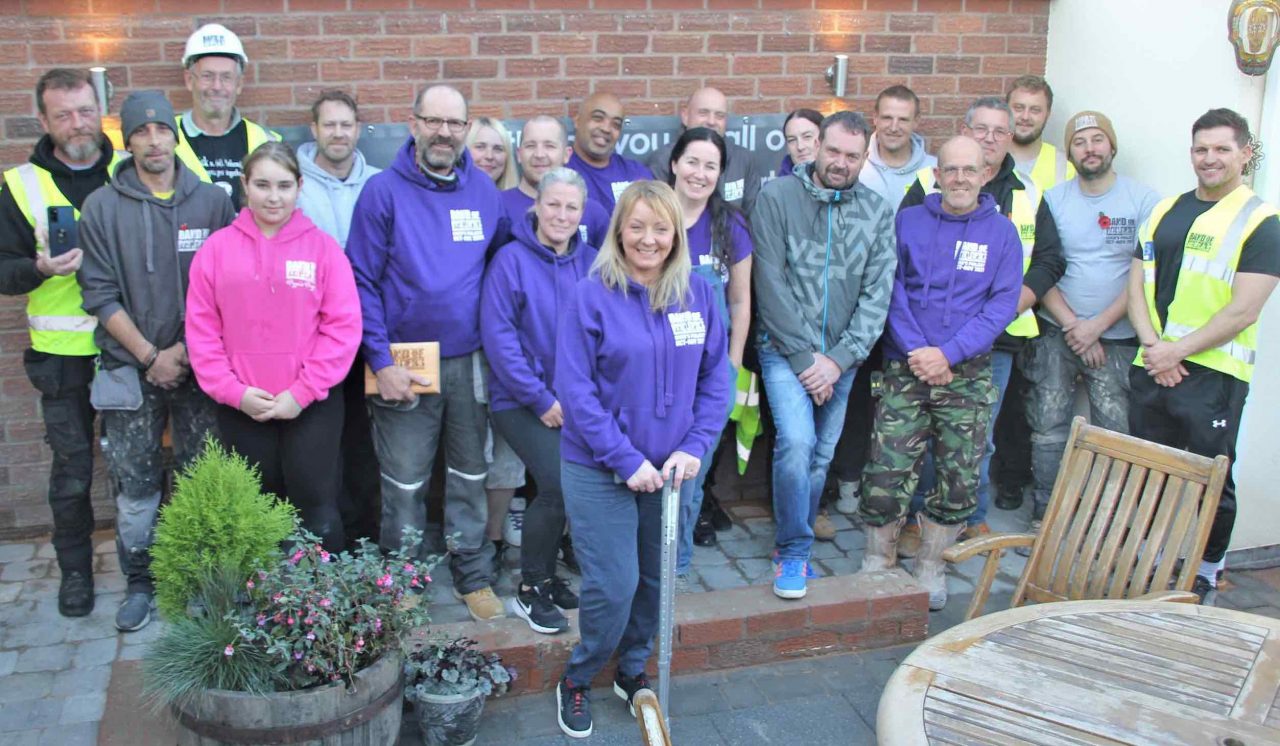 BAND of Builders (BoB) has unveiled ambitious plans to complete a record-breaking 12 projects in 2022 for fellow tradespeople and their families facing hardship.

The registered charity – which completes practical projects to help members of the UK construction industry who are battling illness or injury – is set to double the amount of projects it completed last year and is busy mobilising its members ready for projects as far afield as Plymouth, South Shields and its first one in Northern Ireland.

BoB has also been working closely with its partners and supporters – which include some major names within the construction industry to start to arrange the ring-fencing of materials for each project.

Gavin Crane, the Chair of the Board of Trustees of the fast-growing charity, which was formed in 2016 and has already completed more than 20 projects, said that BoB is gearing up to meet the challenge of completing a project per month.

“Requests for support have hit an all-time high from tradespeople right across the spectrum of the UK construction industry, and we are taking BoB to the next level to help as many people as we can this year.

“None of this would be possible without the generosity and commitment of our members and other tradespeople who volunteer their skills and time for free to be part of the BoB community, delivering projects that are life-changers for the recipients.

“Projects this year range from complete home renovations – like the one we completed at the end of last year for Cher Little, a mum of two and partner of plasterer Mark; she was left relying on a wheelchair after having her legs amputated due to contracting meningococcal septicaemia, a rare and often fatal bloodstream infection – through to landscaping projects for housebound former tradespeople so they can enjoy their gardens.”

Projects in the pipeline for this year include ones for:

Ahead of each project, the BoB team assesses the requirements of the project – such as the trade materials required – and then engages with merchants and its membership base for support.

“We have amazing backing from the industry, but every little bit helps, so if anyone wants to help in any way, we always welcome support – whether it’s financial, materials or anything else. Anyone who wants to get involved can email info@bandofbuilders.org for more information.”

The projects won’t be the sole focus of BoB’s activities in 2022, as the charity will also continue with vital initiatives such as the Big Brew. This will take place again this October and encourage tradespeople to come together and talk over a cuppa in a bid to remove the taboo around mental health in the sector – at a time when the suicide rate of UK construction workers is estimated to be as high as two people every day.

“Our first Big Brew – which was sponsored by Resideo – proved to be a real lifeline for people right across the construction industry and showed us that there is so much more to do on this. We see the struggles of our colleagues within our community on a regular basis and see peer-to-peer support as vital to addressing this crisis.”

Registrations are open for the next Big Brew, by visiting: https://www.bandofbuilders.org/get-involved/the-big-brew/