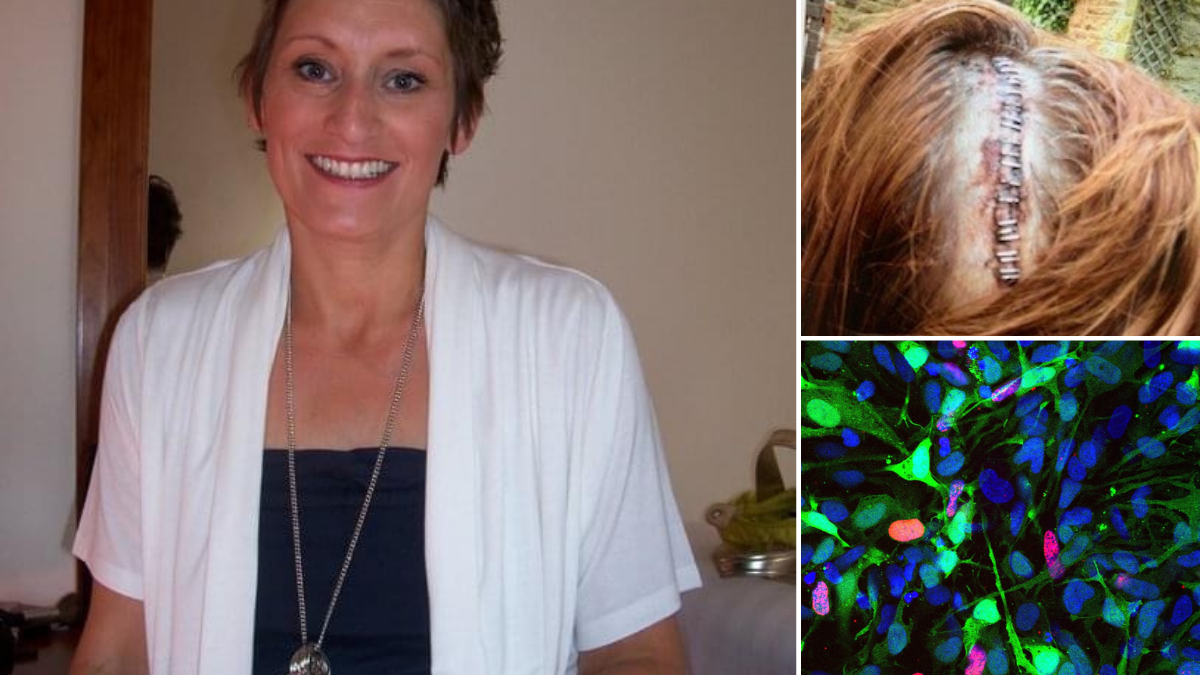 RESEARCHERS have discovered a potential new treatment that could dramatically improve the effectiveness of radiotherapy for patients diagnosed with the deadliest form of brain tumour.

Scientists funded by the charity Brain Tumour Research found that a drug that depletes the amino acid arginine made glioblastoma(GBM) tumours much more susceptible to radiotherapy.

GBM is the most common type of primary high-grade brain tumour in adults and also the most aggressive and deadly. Less than 1% of patients with GBM live for more than ten years and, for many, the prognosis is as little as 12 months.

New research, published in a paper in the Journal of Clinical Investigation, documents the findings of the team at the Brain Tumour Research Centre of Excellence at Imperial College London.

The announcement comes as Brain Tumour Awareness Month gets underway.

“This is a significant and exciting finding. There is an urgent need for novel approaches to treat GBM which, in the majority of cases, is fatal. There have been no improvements to treatment options for this type of tumour in two decades.

“Despite the promise of new targeted approaches in cancer treatment, the standard of care for patients with GBM remains unchanged – surgical resection followed by radiotherapy and chemotherapy.”

“For someone like me, living with this disease, it is amazing to hear about this step forward. I realise how fortunate I am to be considered a long-term survivor of the disease and to be living a good quality of life because many others are not so lucky. News of a significant scientific breakthrough provides hope to me and thousands of others.”

Arginine is an amino acid used in the production of complex molecules called proteins, which conduct a vast range of functions within cells. Arginine is required by a variety of cancer cells, especially ones that are growing quickly, and therefore depriving tumours of this amino acid has been explored as a potential anti-cancer strategy in a variety of tumour types, including GBM.

Whilst 70% of GBM tumours are able to make arginine, 30% are not. In this study, the research team focused on the tumours that can make arginine by exposing them to a drug called ADI-PEG20. This drug degrades arginine and the aim was to deprive tumours from access to arginine. The team is also exploring the potential for using ADI-PEG20 in the 30% of tumours that are not able to make arginine. If successful, this would mean that all GBM patients could be treated with arginine depletion.

When arginine is degraded by ADI-PEG20, a chemical called nitric oxide is produced. This has the added effect of activating immune cells that are located throughout the brain and spinal cord. Many tumours are able to suppress immune cells, thereby evading removal by the immune system. However, the production of nitric oxide, which is toxic to cells, appeared to activate immune cells around the tumour. Importantly, using ADI-PEG20 had its greatest effect on tumours when used alongside ionising radiotherapy.

Dr Nel Syed, who co-leads the team at the Brain Tumour Research Centre of Excellence at Imperial College London, said:

“Arginine is a vital nutrient for tumour growth and our results show that reducing its supply makes tumours much more susceptible to radiotherapy. Removing arginine removes tumour immunosuppression and we  found our approach meant immune cells around the tumour were more likely to attack and remove tumour cells.”

“Laboratory results showed that using the drug ADI-PEG20 in combination with radiotherapy, led to a durable response with extended disease-free survival with no significant toxicity. The next steps are to explore the safety and effectiveness of using this in humans by setting up a new clinical trial.”

Brain tumours kill more children and adults under the age of 40 than any other cancer yet historically just 1% of the national spend on cancer research has been allocated to this devastating disease.

Brain Tumour Research funds sustainable research at dedicated centres in the UK. It also campaigns for the Government and the larger cancer charities to invest more in research into brain tumours in order to speed up new treatments for patients and, ultimately, to find a cure. The charity is calling for a national annual spend of £35 million in order to improve survival rates and patient outcomes in line with other cancers such as breast cancer and leukaemia and is also campaigning for greater repurposing of drugs.