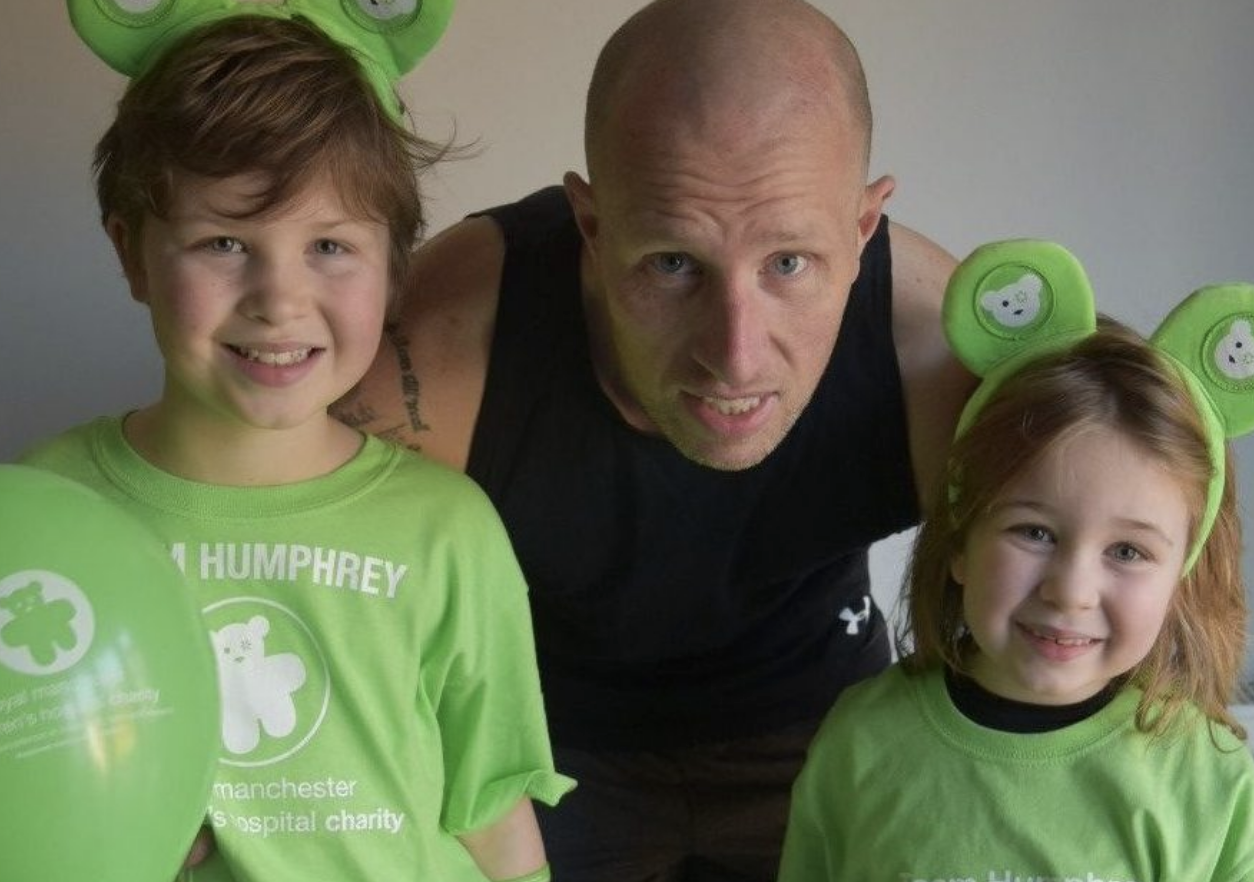 A brave nine-year-old and his fitness-fan brother and dad have completed an exhausting burpee challenge for the children’s hospital that saved his life.

Charlie Cross and his younger brother Dexter, aged six, have been flexing their muscles and bouncing around the living room throughout February to complete 100 burpees per day, while dad Ben completed 360 per day, taking the total to 15,680 burpees in a month. The Cross-fit mad (and aptly named) Cross Family have raised more than £2,500 for Royal Manchester Children’s Hospital Charity with their latest challenge and more than £15,000 in total.

The Charity holds a special place in their hearts, as the hospital saved Charlie’s life when he was just four years old and contracted a rare but extremely serious bacterial infection that attacked Charlie’s soft tissue.

“I’ve done a couple of fundraising challenges for Royal Manchester Children’s Hospital Charity over the years, but we got talking, and the boys wanted to do something they could join in with.

“Last year, for the NHS 72nd birthday, we did a 72-hour PE class, and I did 72 minutes of burpees, so things snowballed from there, and the boys came up with the burpee challenge.

“The first few days were really tough, and I was worried Charlie and Dexter might have taken too much on. But then they got into it, and by the end, they were doing it without any worries. Charlie can now do 100 burpees super quick. My niece Isabelle joined in too, and sometimes they would do it together over a video call. They’ve all done unbelievably well.

“Like many families, the lockdown has had its ups and down days for us, so seeing the boys tick off their burpees on a chart on the fridge really spurred us all on. They’re already thinking about what they can do next to fundraise!”

In total, the Cross Family have raised more than £15,000 for Royal Manchester Children’s Hospital Charity, with the funds being split between various departments where Charlie was treated. The family were first motivated to start fundraising after Charlie’s treatment on the hospital’s Paediatric Intensive Care Unit and the Burns Unit.

Back in March 2016, when Charlie was four years old, he suffered from a bout of chickenpox and a strep infection which led him to contract sepsis and necrotizing fasciitis – a rare but serious bacterial infection that attacks the body’s soft tissue. Rushed to Royal Manchester Children’s Hospital from their hometown of Blackpool, Charlie underwent five life-saving operations in just one week. The surgery removed the infected tissue on his chest area and, after just one week, parents Ben and Nicola were relieved when he was taken off the ventilator and breathing for himself.

“Seeing him so poorly was absolutely devastating. He was so small. But we knew he was in the best place possible to get treated.

“After the infection, he underwent further operations for skin grafts. It covered almost half his chest.

“It has healed brilliantly, but for a long time, he was very self-conscious of his scarring. He was also in hospital for a month so adjusting back into a normal routine was quite a shock for him. Then he joined school, and there weren’t really any children from his nursery there.

“For a long time, he had an enhanced awareness of his chest and was very shy. He wouldn’t want to change his top in front of anyone. Even when getting ready for bed and there were relatives in the house, he would go into another room.

“But over time, he’s become more confident and now when it comes to his body, it’s not about what it looks like, it’s about what fitness challenge he can do next!”

Ben’s own challenges have included a charity wrestling match where he performed as Mr Incredible Rufus Franklin, inspired by his sons’ middle names and their love of wrestling. Ben and a group of friends also took on six challenges in six months – ranging from swimming the length of the English Channel to completing the Yorkshire 3 Peaks Challenge and a Coast-to-Coast bike ride, covering 180miles in just one day!

“Ben, Charlie and Dexter have all done a fantastic amount of burpees – I think most people would struggle to do 10 per day, myself included!

“I’m so pleased to hear that Charlie is more comfortable in his body now. Sharing a picture of his scar is very brave and will show other young children just like him, who may have undergone surgery themselves, that all our bodies are different and that’s okay.

“The Cross family are not only fantastic fundraisers but also brilliant at raising awareness of our Charity and our work. We want to thank them for everything they’ve done and can’t wait to see what fundraising challenge they dream up next.”

The funds donated to Royal Manchester Children’s Hospital Charity fund vital lifesaving treatment, research and care projects at the hospital, which sees more than 280,000 young patients from across the North West and beyond each year.

To sponsor the Cross family, please visit their JustGiving page.