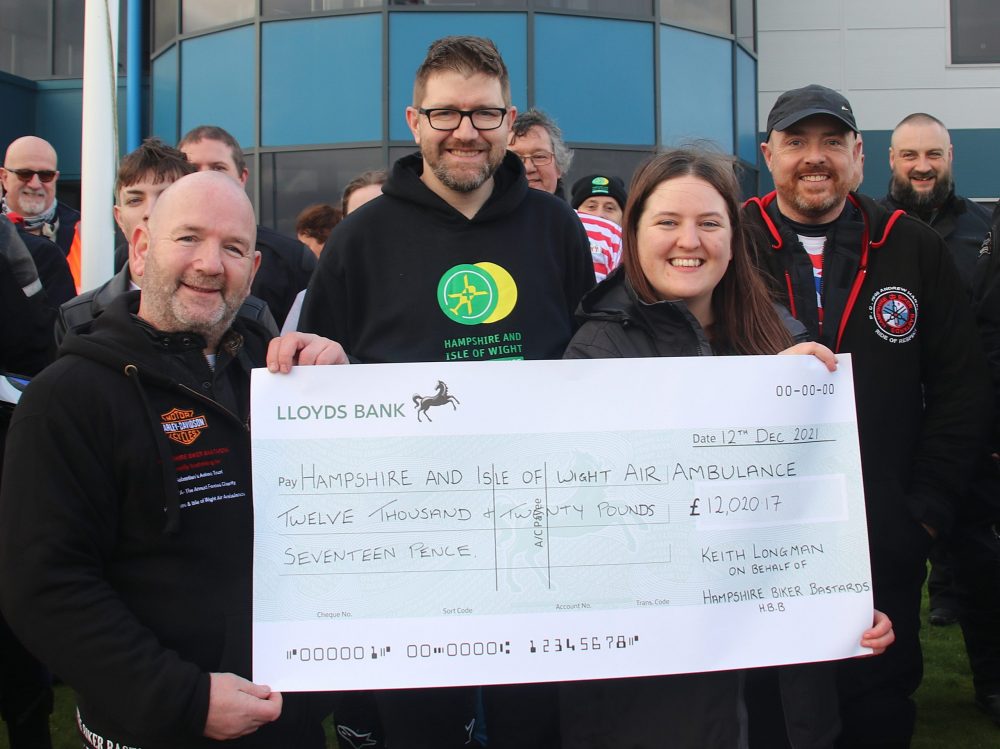 A local motorcyclist group have raised over £12,000 for Hampshire and Isle of Wight Air Ambulance, giving the life-saving charity a major boost during a busy festive period.

Around 100 members of Hampshire Biker Bastards (HBB) recently met with charity staff at its airbase in Thruxton to deliver the cheque.

The vital funds have been raised through a variety of activities throughout the year, including online auctions and group ride-outs. HBB member, Keith Longman, has taken it upon himself to raise as much money as possible for the charity, by shaving off half his beard and dressing as Mrs Brown for a week.

“On the ride to Thruxton, it was amazing to see so many members of the public as well as the fire service who had come out to show their support. To raise in excess of £12,000 was no easy task, but I am thrilled it has gone to such a worthy charity.” 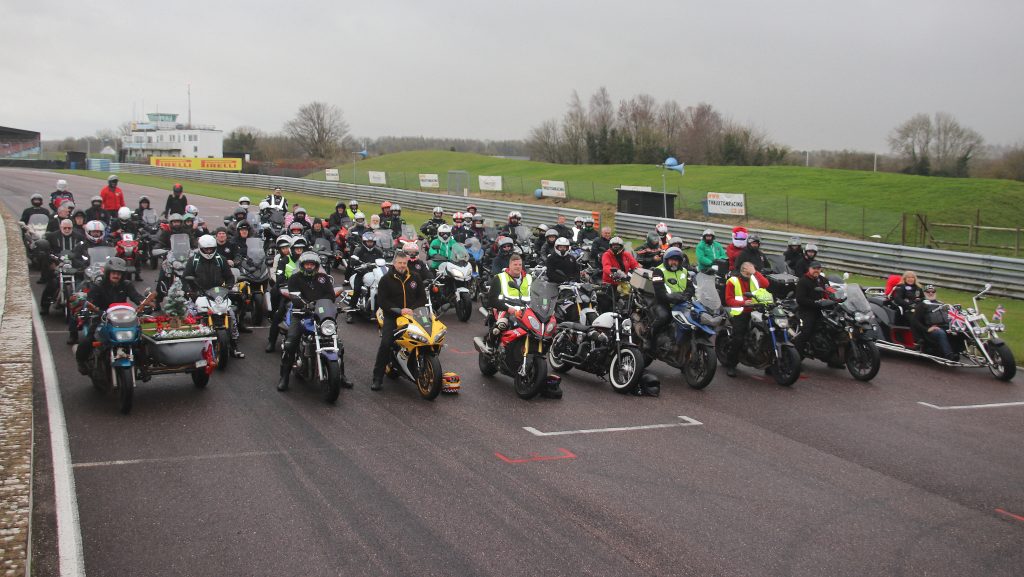 “Finding out the total amount they had raised left me lost for words. I want to thank all of them for their hard work and generosity throughout the year. I am always amazed by the camaraderie and dedication within the motorcycling community. We are proud to be able to provide a lifeline for bikers right across our region, should the worst happen.”

Hampshire and Isle of Wight Air Ambulance have already responded to over 1,500 emergency missions this year alone and earlier this year flew to its 10,000th patient.

You can support the charity over the busy winter period by visiting www.hiowaa.org