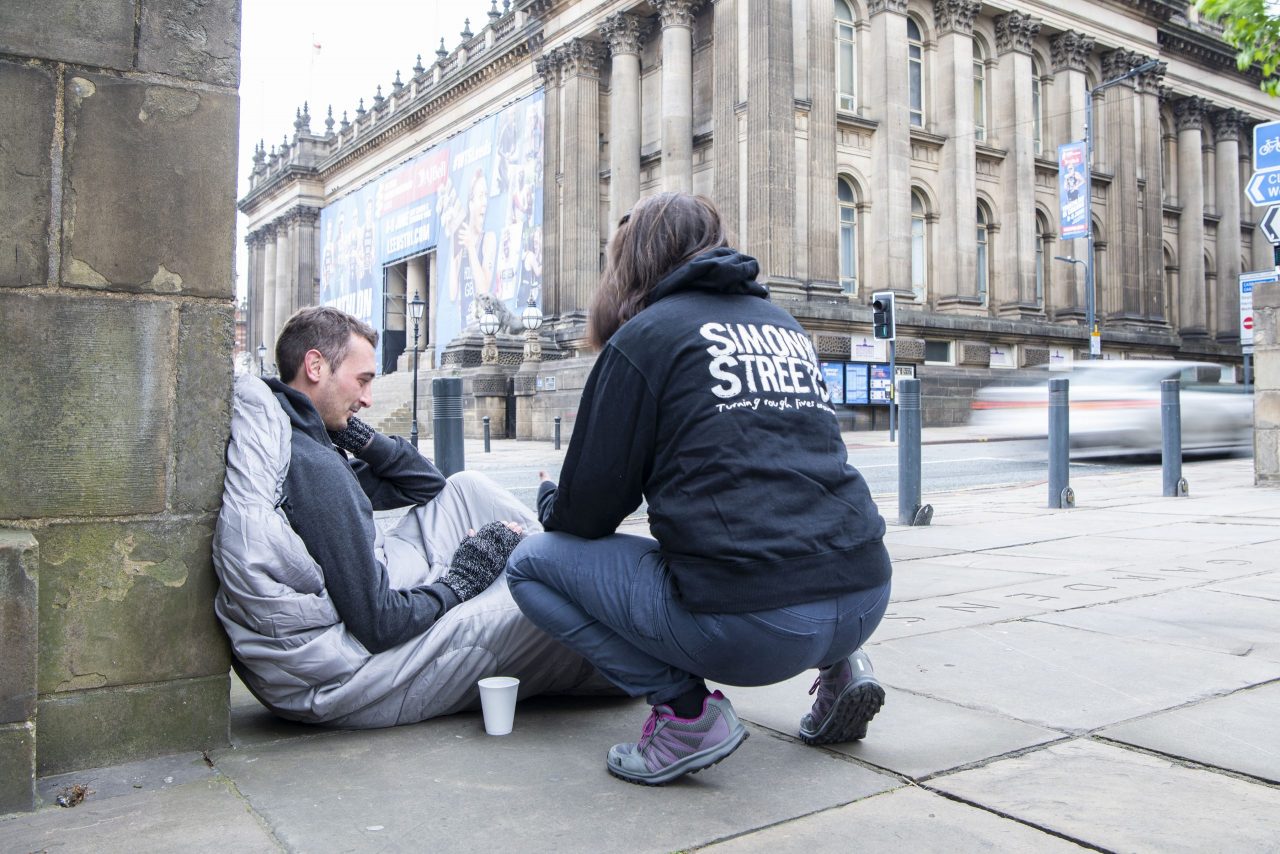 WEST Yorkshire charity, Simon on the Streets is warning of an expected increase in people turning to our streets, blaming the end of the eviction ban, furlough, and Universal Credit uplift.

The charity which supports rough sleepers and vulnerable people across Leeds, Bradford and Kirklees has already seen an exponential increase in referrals for support over the last eight weeks, particularly amongst those with no recourse to public funds (those subject to immigration controls meaning they have no entitlement to welfare benefits including income support, housing benefit and tax credits).

Natalie Moran, CEO of Simon on the Streets, said:

“With the end of the eviction ban, furlough and the £20 Universal Credit uplift expected to affect people across West Yorkshire, we’re in real danger of seeing a staggering increase of people becoming homeless over the next 12 months. The number of referrals we’ve received has almost doubled in the last eight weeks alone.”

The shocking news comes as the charity has been unable to run its largest fundraising event, its annual ‘Big Sleepout’ for the second time, leaving a dent in its income.

Simon on the Streets is, therefore, encouraging people to be creative and participate in a version of its annual sleepout, where they spend the night on their sofas or floors of their offices, homes, and gardens to highlight their important work.

Named ‘Simon’s Sleepover’, registrations are now being accepted for the event which will be held on the evening of 19th November 2021.

“Our work has never been more important, and we’re still restricted in running what was our largest fundraising event, the Big Sleepout where hundreds of people slept outside together to highlight homelessness, which we haven’t been able to do since 2019.

“Simon’s Sleepover provides people an opportunity to continue to support us by pitching tents and dens within their homes, gardens and offices to help make a genuine difference in supporting the homeless people across Leeds, Bradford and Kirklees at this critical time.”

Anyone wanting to participate can register at https://www.simonsleepover.com/join and obtain information about and guidance on creating a JustGiving page for sponsorship.