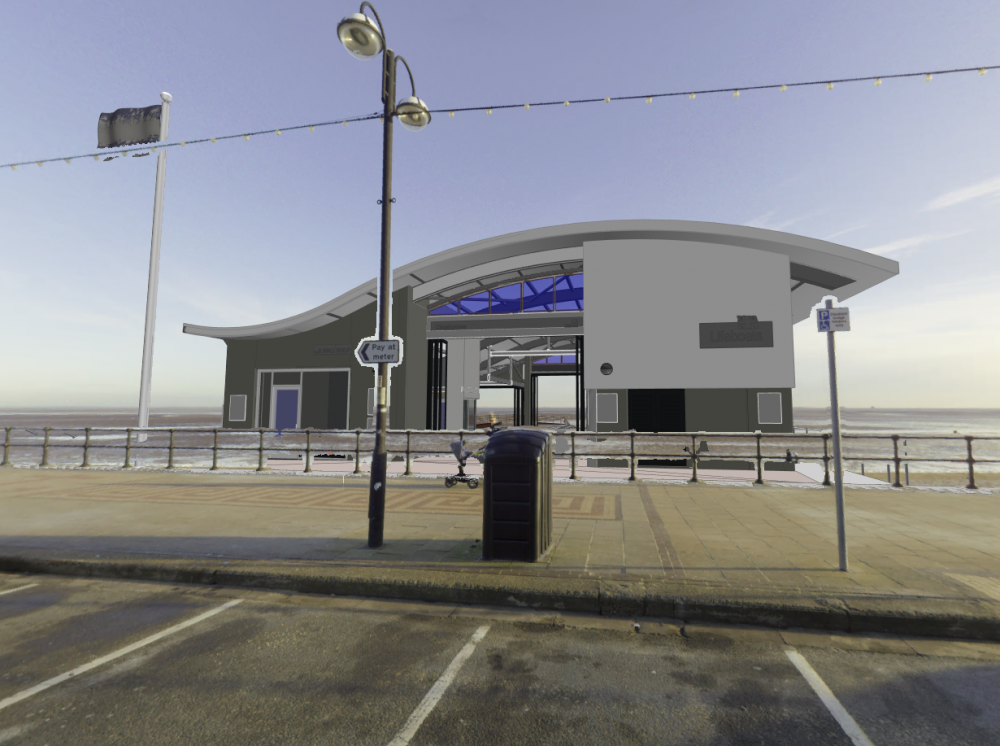 The Royal National Lifeboat Institution (RNLI) this week began preparatory works for a new Lifeboat Station in Cleethorpes, scheduled to open in 2023.

The lifesaving charity has installed steps onto the beach which will be required to maintain public access when the building is in place. Negotiations are currently ongoing to agree a start date for the main build of the boathouse which the RNLI hopes will be complete by mid-2023.

A new lifeboat station has been planned at Cleethorpes for some time; with planning and other permissions in place, and land ownership issues resolved, the project is now able to move into physical works.

To mark the announcement, the charity has released three updated indicative artist’s impressions to show how the stunning new building will look when completed, subject to changes during the build.

“The confirmation of the build of our new station is an exciting moment for all our volunteers in Cleethorpes, both operational and fundraising, as it marks one step closer to being able to move into the new facility.”

The new station will be built on the beach in front of the current station and will provide the capability to position a second lifeboat at Cleethorpes, a more powerful B Class Atlantic 85, which will join the existing D Class lifeboat already on station.

This will allow the charity to respond more quickly, in a wider range of weather conditions, to a larger variety of incidents while keeping its volunteers safer.

The new station will be built on the beach in front of the existing station and will have its own slipway for the launch and recovery of the boats. Currently, the lifeboat has to cross a public road near a blind bend.

Changing and training facilities will also be much improved, and the RNLI shop will move on site as well, giving shop volunteers access to running water and a toilet, neither of which are available in the current shop. In total, the project will cost in the region of £3 million and will be funded by the RNLI.

“We have set a target to raise £200,000 towards the cost of the station rebuild and have so far raised £120,000 of this through the amazing fundraising that has been done by all of our life-saving volunteers and community supporters. We need your help to raise the remaining £80,000 so that our volunteer crew can continue to save lives, train safely and provide the local community with this critical service.”

“This new station will represent a huge change, not only to the lifesaving service we provide to the local area but also to the way our volunteers can train and operate, in a much safer and more efficient environment than is possible in the current building.”

The station is due to be completed in mid-2023. The next phase of building works will be the most disruptive; discussions regarding the required construction licences are still ongoing, alongside tendering and detailed planning.