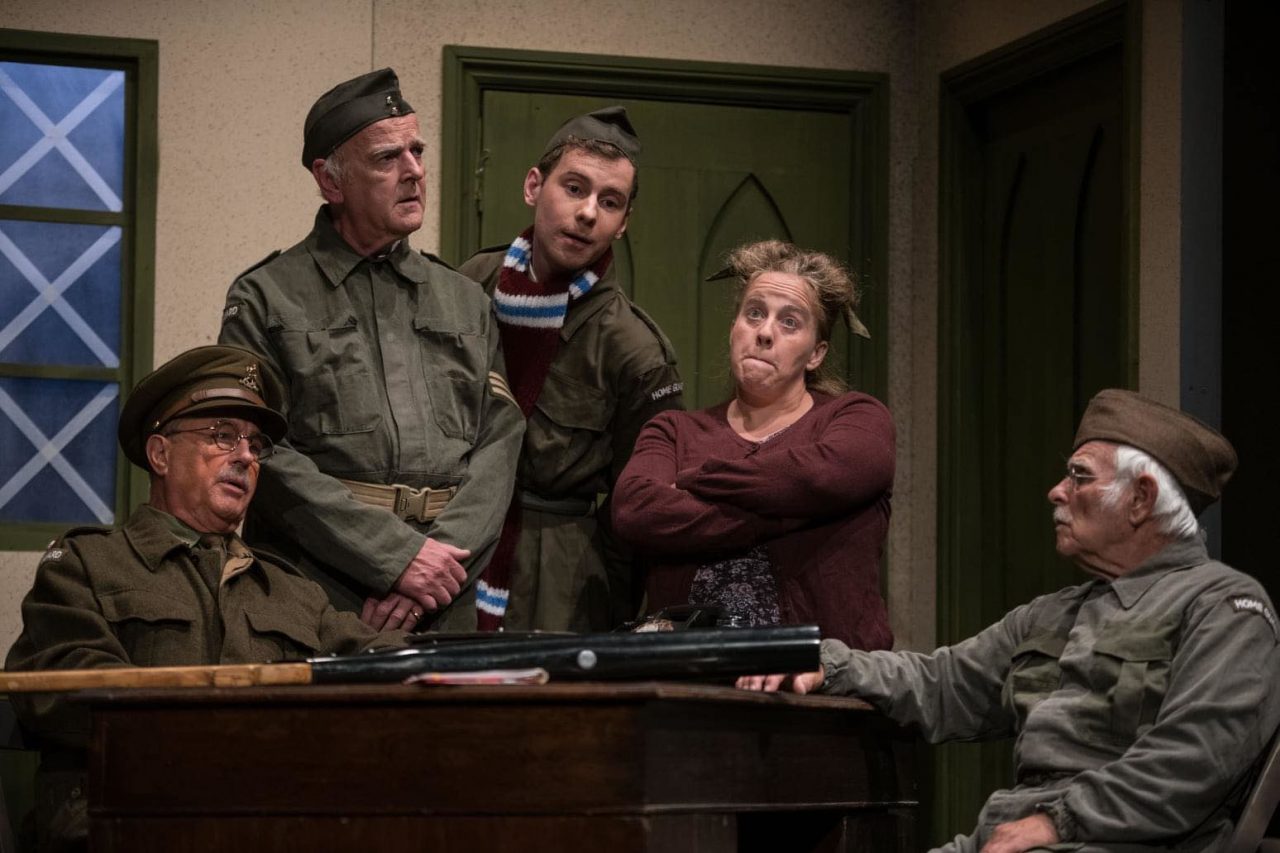 The play comprises a re-creation of three of the most popular episodes of the Jimmy Perry and David Croft creation and is in the middle of a three-month tour of duty that began in Yeovil, in July, and will finish with a five-night run at the Merlin Theatre, in Frome, at the end of October (26-30).

Inbetween, Corporal Jones’ van will pull up at the Weymouth Pavilion (23-26 September), the Princess Theatre, Burnham-on-Sea (28 September to 2 October), and the Neeld Community and Arts Centre, Chippenham (14-17 October).

It is the third year of Project Play – a community-based project offering theatre enthusiasts an opportunity to be involved in a popular play in their local theatre – and is a second trip back to WWII for the amateur cast, which previously performed a version of ‘Allo, ‘Allo, which followed in the ecclesiastical footsteps of the modern-day Vicar of Dibley.

And each performance of mayhem in Walmington-on-Sea has seen a bucket collection for the Armed Forces charity, which raised more than £750 in Wimborne alone.

“Project Pay brings communities together through a shared passion for theatre. Essentially it is a touring play with a different cast at each venue, comprising people from that particular locality.

“They have rehearsed together, formed friendships and connections, and been part of an amazing theatrical experience. In addition, there are four other people in towns across the south-west who are playing exactly the same role as them and having the same experience in their own community. It offers a unique experience to compare notes and go on a shared journey: from the Marigold Tea Rooms to the Novelty Rock Emporium.”

“Thanks to Project Play’s generosity in allowing us to have volunteers collecting at the shows, I won’t be claiming ‘We’re doomed!’ anytime soon.

“It’s wonderful that a TV show that’s half-a-century old can have such resonance with a modern audience and that’s reflected in the money raised already. And if you’re thinking of attending a future performance to donate to Help for Heroes there’s no need to ask: ‘Do you think that’s wise, sir?’, as it certainly won’t make you a stupid boy.

“What’s more, it’s just as funny now as the first time we watched it on telly, and the Project Play cast has done a great job in recreating all our favourite characters.”

Help for Heroes believes those who serve our country deserve support when they’re wounded. Every day, men and women have to leave their career in the Armed Forces as a result of physical or psychological wounds. The Charity helps them, and their families, to recover and get on with their lives. It has already supported more than 26,500 people and won’t stop until every wounded veteran gets the support they deserve.

For further information on Help for Heroes, or to get support, please visit: helpforheroes.org.uk. For details on how to book tickets for upcoming performances of Project Play’s Dad’s Army, please visit: facebook.com/projplay.