ANIMALS in danger will find themselves in even safer hands when the fire service is called out to their assistance, thanks to the arrival of new appliances in Hereford & Worcester Fire and Rescue Service’s fleet.

Between January 2017 and December 2021 animal rescue teams attended nearly 90 animal rescues, of all kinds of animals in all sorts of situations, including one across the county border in Gloucestershire.

Two new appliances have been provided to the Service’s Large Animal Rescue Teams at Pershore and Bromyard stations.

The specialist teams are now even better equipped to deal with such incidents, thanks to the new appliances having additional stowage built into the bodies to enable them to hold animal rescue boards, as well as re-worked rear lockers that can stow additional specialized animal rescue equipment.

With a 15-year lifespan ahead of them, the new appliances represent an important uplift in HWFRS’s animal rescue capability across the two counties, and beyond if called upon.

In addition, two further ‘B type’ appliances have been delivered to Worcester and Kington as part of the Service’s fleet replacement programme. 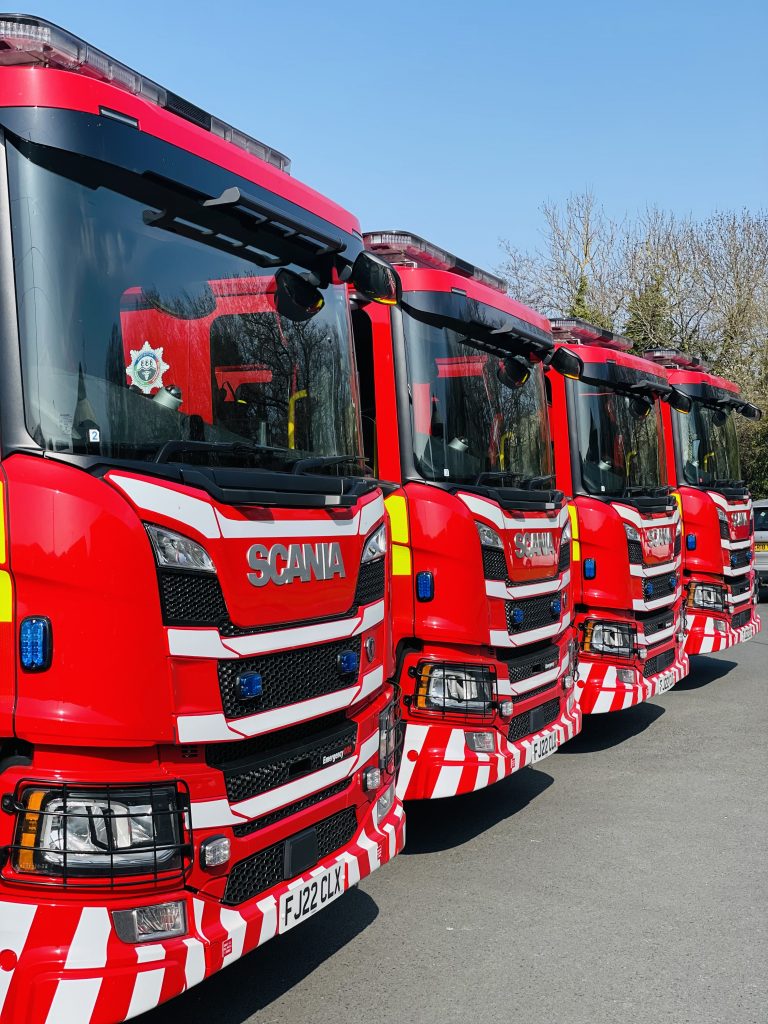 All four appliances have an increased water capacity of 3,000 litres compared with the standard capacity of 1,800 litres. The appliances also have the most up to date road safety systems and an electronic pumping control system.

“The new appliances at Pershore and Bromyard are a welcome boost to our animal rescue capability. We are often called out to their rescue, whether farm animals that have fallen into rivers or ditches or pets stuck up trees or down drains!

“I’m pleased that we can offer an even better service to our two counties, where farm animals and pets are such an important part of the community.”