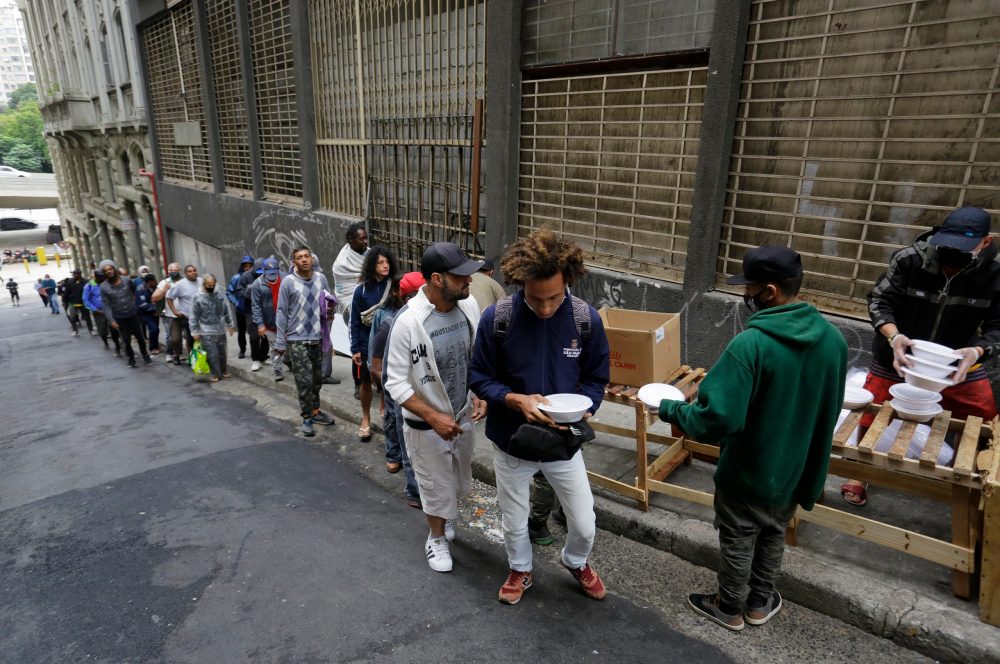 The global pandemic has both exposed and deepened global inequality and has had the worst impact on the most vulnerable people in the world, Amnesty International said in its annual report published today (7 April).

Amnesty’s report shows how those already most marginalised – including women and refugees – have borne the devastating brunt of the pandemic. Health workers, migrant workers and those in the informal sector – many on the pandemic’s frontlines – have also been betrayed by neglected health systems and inadequate economic and social support.

The pandemic worsened the already precarious situation for refugees, asylum-seekers and migrants, said Amnesty, trapping many in squalid camps.

Amnesty’s report also highlights a marked increase in gender-based and domestic violence, with many women and LGBTI people facing increased barriers to protection and support due to restrictions on freedom of movement and lack of confidential mechanisms for victims to report violence while isolated with their abusers.

The response to the global pandemic has also been undermined by leaders who have exploited the crisis to launch fresh attacks on human rights. Leaders in Hungary and the Gulf have introduced new laws against ‘spreading false news’ which have been used to silence criticism of governmental responses to the pandemic. Excessive violence has also been a hallmark of the way the pandemic was policed in many countries – including the Philippines, Nigeria and Brazil, where an average of 17 people were killed a day by police in the first half of the year. Meanwhile, China has increased its persecution of Uyghurs in Xinjiang under cover of the pandemic, while India’s crackdown on civil society has also intensified.

Amnesty also warned that key global bodies – including the International Criminal Court and the United Nations – had proved inadequate in meeting the human rights challenges of the past year, especially with regards to vetoes creating deadlock at the UN Security Council.

On the plus side, Amnesty’s report shows how regressive policies actually inspired many people to join long-standing struggles such as Black Lives Matter protests in the United States, the #EndSARS protests in Nigeria, as well as new creative forms of protest such as virtual climate strikes.

“Covid-19 has brutally exposed and deepened inequality both within and between countries.

“The pandemic has cast a harsh light on the world’s inability to cooperate effectively in times of dire global need.

“International institutions such as the International Criminal Court and UN human rights mechanisms are there to hold states and individual perpetrators to account. Sadly, 2020 shows that they have been wrestled into political deadlock by leaders seeking to exploit and undermine collective responses to human rights violations.

“The only way out of this mess is through international cooperation. States must ensure vaccines are quickly available to everyone, everywhere and free at the point of use. Pharmaceutical companies must share their knowledge and technology so no one is left behind. G20 members and international financial institutions must provide debt relief for the poorest 77 countries to respond and recover from the pandemic.

“We must reset and reboot to build a world grounded in equality, human rights and humanity.

“Leadership in 2020 came not from power, privilege or profiteers. It came from the countless people marching to demand change.”

Amnesty’s global report sharply criticises the UK’s handling of the coronavirus pandemic, including the fact that the authorities violated the right to health and right to life of people resident in care homes, including by failing to provide adequate PPE and regular testing, by discharging infected – or possibly infected – patients from hospitals to care homes, and suspending regular oversight procedures. The blanket imposition of Do Not Resuscitate orders on care home residents without due process gave rise to further very serious concern.

Amnesty’s report also criticises the Government’s ongoing refusal to conduct an urgent independent inquiry into its handling of the pandemic, with ministers saying only that they would allow an inquiry at an unspecified future time. The extremely high overall death toll from the pandemic in the UK is also identified as a matter of very serious concern.

A disproportionate death rate among Black and minority ethnic healthcare workers is also highlighted, along with the fact that “racial disproportionality” (specifically against Black people) featured heavily across various policing issues during 2020, including with police stop and searches and the use of force.

The report also notes that the UK resumed issuing licences for military exports to Saudi Arabia in July, reversing a court ruling in June 2019 which required the government to suspend new licensing of military equipment to Saudi Arabia.

Throughout 2020, Amnesty also expressed serious concern about moves to amend or review legislation that would reduce the UK public’s ability to challenge Government decisions – including the review of judicial review and the ongoing review of the Human Rights Act. Meanwhile, said Amnesty, the new Police, Crime, Sentencing and Courts bill threatens to seriously restrict the right to peaceful protest. Amnesty has warned that taken together the legislative moves could severely curtail the right to peaceably challenge or protest in the UK.

“Having made mistake after lethal mistake during the pandemic, the Government is now shamefully trying to strip away our right to lawfully challenge its decisions no matter how poor they are.

“For years, the UK has been moving in the wrong direction on human rights – but things are now getting worse at an accelerating rate.

“On the right to protest, on the Human Rights Act, on accountability for coronavirus deaths, on asylum, on arms sales or on trade with despots – we’re speeding toward the cliff edge.

“We need to stop this headlong rush into abandoning our human rights.”