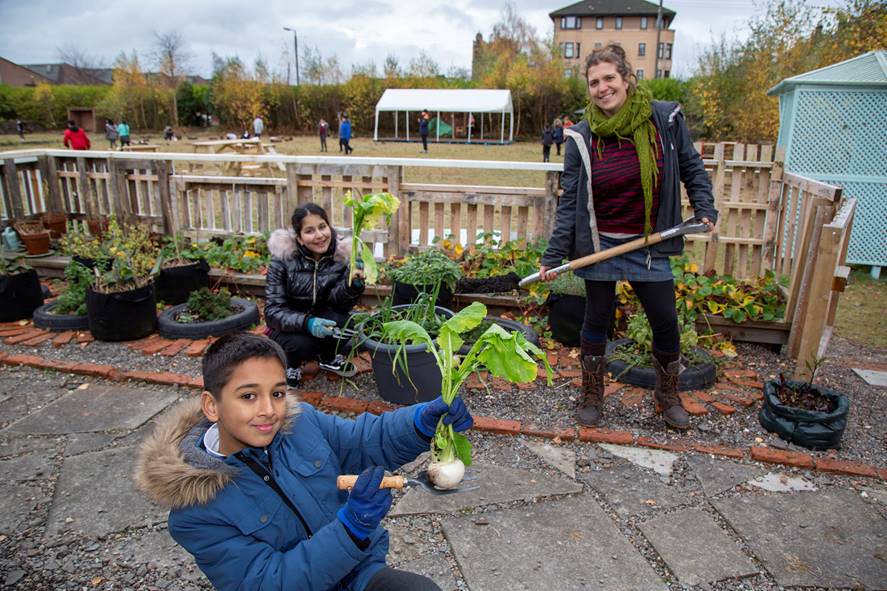 THE National Lottery Community Fund has awarded over £19.5 million in grants to help tackle the climate emergency across the UK. The funding, awarded over the last four months, has gone to a range of partnership projects, as well as development schemes, all supporting communities to take local climate action.

The 23 projects, from Cumbria to Cornwall, and Glasgow to Gwynedd, are the first to receive money from the National Lottery-funded Climate Action Fund – a ten-year, £100 million fund that aims to reduce the carbon footprint of communities and support community-led movements that demonstrate what is possible when people take the lead in tackling climate change.

Nine grant holders were announced today, while 14 were revealed in August this year. Together, they will look at environmental themes including energy, food, transport, waste and consumption, and the natural environment, and – importantly – work together to share learning and become catalysts for broader and transformative change.

The projects will all be delivered by local partnerships, coming together to support community climate action. Funding to the projects includes large scale grants – such as £2.5 million going to the Zero Carbon Cumbria project – as well as smaller development grants, which will see the National Lottery funding used for emerging ideas to engage different communities and to test new approaches. The National Lottery Community Fund will use learning from this funding to help shape what happens next with the Climate Action Fund and will explore and reflect on ways to involve people and communities in taking climate action throughout the programme.

“From 25 years of funding environmental projects, we know that local community action can deliver positive environmental impacts alongside additional benefits for people to reap. This year we have been reminded that communities are best placed to understand their places and spaces, and so often play a vital role in responding in a crisis.

“Thanks to National Lottery players, communities across the UK will be able to demonstrate what is possible when people take the lead in tackling climate change. This funding will bring people together so they can learn from each other and have an impact within and beyond their communities.” 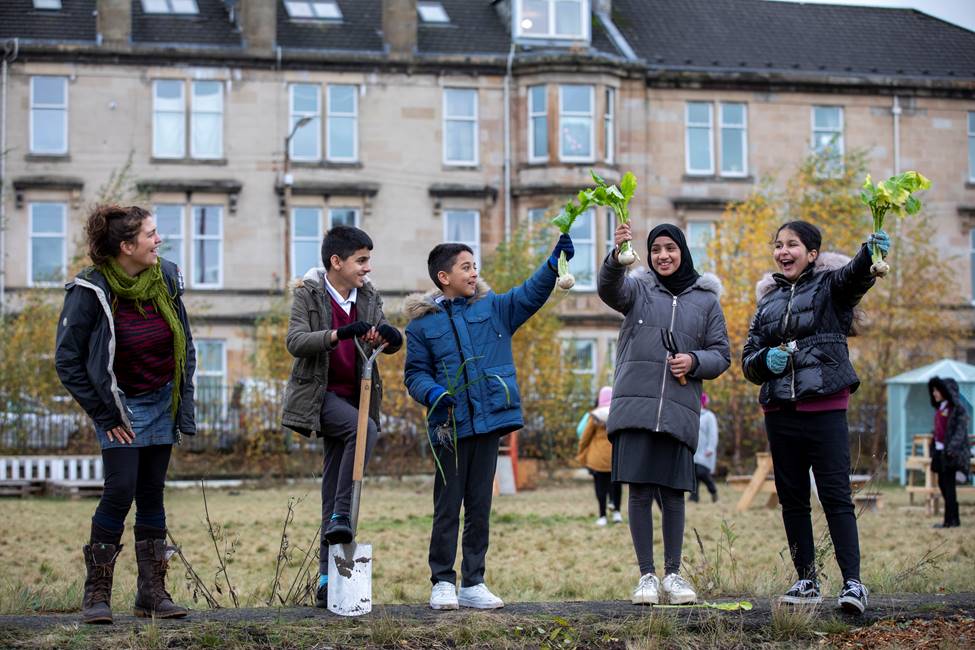 One of the projects announced today is the Green Meadows project, run by Nottingham Energy Partnership, which will work alongside Meadows Ozone Energy Services. The project has received £1.5 million in National Lottery funding to equip local people of The Meadows neighbourhood in Nottingham with the skills and support to have more energy-efficient homes. The local community hopes to use the grant to lead Nottingham’s transformation to a Net Zero Carbon City by 2028 and to act as a catalyst for other areas, both in Nottingham and across the Midlands, to take on the challenge of reducing their carbon footprint.

A Low Carbon Sustainable Food City for All, Glasgow

A development grant of £600,000 is going to Glasgow Community Food Network (GCFN), which will work alongside local people across the city to co-create a food system that is fair, healthy, sustainable and kinder to the environment. ‘A Low Carbon Sustainable Food City for All’ will be led by GCFN in partnership with five other local organisations. Building on the aims of the new Glasgow City Food Plan, the project will improve food education, establish a local green assembly, increase the amount of land being used for urban agriculture, and mobilise young people to become climate leaders. Community groups will also be able to pitch for micro-funding to get good food projects underway and new jobs will be created, encouraging Community Activators to inspire change in their communities.

The Climate Action Fund is part of The National Lottery Community Fund’s Environment Strategy, which has seen significant National Lottery investment through community-led projects that are focussed on activities that not only improve the environment but use it to enhance the lives of people and communities. Since April 2013, the Fund has awarded more than £340 million to environmental projects, through almost 4,800 grants.